Are you looking for Interesting facts about Europe? Here you can find some great facts!

Europe is a part of the Eurasia continent, separated from Asia to the East of a lot of natural barriers, forming a natural border between Europe and Asia. These «barriers» - the Ural mountains, the Ural river, the Caspian sea. The area of Europe less than the area of the other continents, except Australia.

Since ancient times, the Mediterranean was the cradle of human civilization. Ancient Greece and Rome found on its shores their power. Italian city-states flourished thanks to the Mediterranean trade routes. Today, the Mediterranean Sea plays an equally important role in trade, especially with oil producing countries in the Middle East. 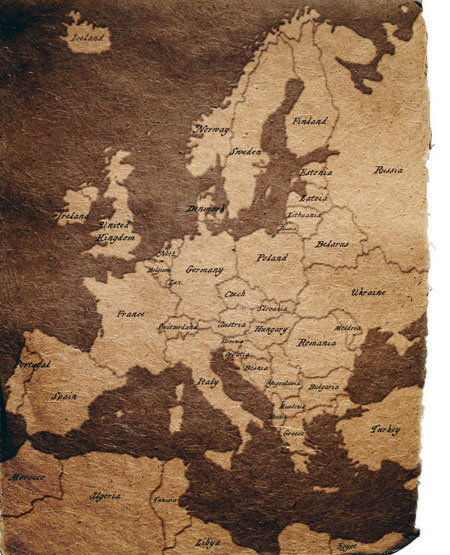 North-western Europe, has a milder climate than the northern areas of North America. This is due to the warm waters of the Gulf Stream flowing across the Atlantic. Warm water and heat the air flow, so the winds blowing in from the sea over the whole of Western Europe, built in coastal areas rather mild winter.

In Finland, in north-west Europe. On its territory there are about 60,000 lakes and thousands of islands in the open sea. The longest river of Europe - Volga. Its length is 3531 km away, and it falls, crossing Russia, the Caspian sea. 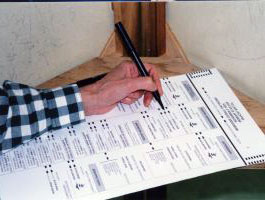 In Europe during the second half of the 20th century practiced the things that today are considered to be absolutely uncivilized. For example, Swiss women gained the right to vote only in 1971 (in local elections in the canton of Appenzell - and Innerrhoden did in 1991). And last execution by guillotine in France in 1977. А Tunisian immigrant Hamida Djandoubi, was the last who was executed by the French guillotine. 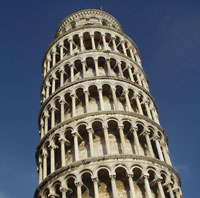 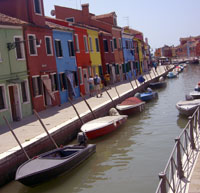 Venice - a great city of islands and channels in Italy. He was one of the richest city-states whose rulers were known as a doji. Venice - is a unique city, where you can travel by boat faster than by car. The city is famous for its palaces and cathedrals, as well as magnificent carnivals, originating in the XVIII century. Seasonal flooding is a serious danger to the masterpieces of architecture, and for works of art.

Why houses in Amsterdam tall and narrow? Amsterdam - capital of the Netherlands. In the XVII century due to acute shortage of land for construction and high prices Dutch were forced to build a tall, narrow house. Today, these houses standing along the canals give the city a special charm.

Some of the European countries conquered half of their land from the sea? The Netherlands means «the low-lying country.» This part of Europe is located in the lowlands and plains. With the help of dams, pumps and a network of channels extensive marshy lands were reclaimed from the sea and transformed into fertile, suburban for agriculture.

From the German word Walh, which means "stranger, stranger," there were the names of several European regions not connected geographically. This and Wales, and the Romanian region of Wallachia, and the Belgian Walloon region - all these names can be translated as "the country of strangers."

In Western Europe in the 15th century there was an ideal woman: S-shaped silhouette, arched back, round white face with a high forehead clean. To match the ideal, women shave the hair on the forehead and plucked eyebrows - just like in the famous Mona Lisa painting by Leonardo. 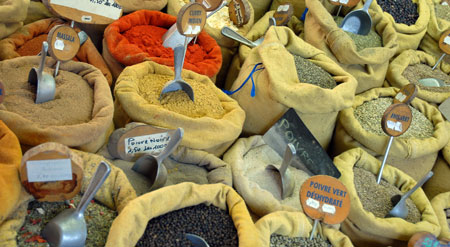 In medieval Europe in the late fall begins mass slaughter and preparation of meat. If meat is just salted, it loses its original flavor. Spices helped to Keep it almost in its original form, they were brought mostly from Asia. But as the Turks have monopolized most of the spice trade, the price was beyond the limits. This factor was one of the motives for the rapid development of navigation and the beginning of the era of the great geographical discoveries.

Many fruits are called at the place of origin or the country from which they were delivered. . But apricots in Europe for a long time called Armenian apples or Armenian plums.

In Europe and some of the Eastern countries it is thought that an even number of gift flowers brings happiness.

In all of continental Europe the right-hand driving on the roads. The exception from this rule is one of Paris street length of 350 meters Avenue General Lemonnier. Only here you can find the left-hand movement.

Do you know more interesting facts about Europe? - Share it with us!

Go back from Interesting facts about Europe to Homepage

Have A Great Story About Europe?

Over 80% of Swedish citizens - atheists Not rated yet
In Sweden, according to polls, more than 80 percent of the population consider themselves to be among the atheists. They lure flocks have in different …

Nazi Germany and principles of eugenics Not rated yet
http://en.wikipedia.org/wiki/Eugenics Eugenics was very popular in Europe in the first decades of the XX century. Its followers believed that qualities …

The Mona Lisa has a «twin sister» Not rated yet
In the Museum of the «Prado» in Madrid was found «twin sister» of the famous «Mona Lisa». It is a copy of the world famous painting, which was drawn at …

European tour vacation Not rated yet
Far mistaken belief that Europe as a holiday destination - terribly expensive place. Of course, you can not equate all countries and the prices of the …

In the Victorian era in Europe were very popular memorial jewelry made from hair Not rated yet
These decorations have been known since the 14th century, but special popularity was gained in the Victorian era. From the hair of their loved ones people …

Human Zoo in Europe ( Late 19th - Early 20th century). Not rated yet
The Human Zoo or - "ethnological exhibit", "Negro village" and "exposition of people" ) - was quite common in the Western Europe, Special form of entertainment …

In Europe in the 18th century very popular Shit Cleaning tool Not rated yet
Device shown in the picture is for scraping caked substance from shoe soles and called dekrottuar. Exquisitely gallant words, true Parisian, in fact literally …

Until the early 20th century in Europe, there was a tradition to sale wives Not rated yet
During medieval times, women were completely subordinate to their husbands. After marriage, husband and wife shared a common legal status. At this time …

City of the Dead in Italy (Terrible Catacombs). Not rated yet
Real city of the dead found in the catacombs beneath the Capuchin monastery in Palermo. 2000 inhabitants of this terrible place watch with empty eyes to …

Pregnancy in Medieval Europe... Not rated yet
In medieval Europe, it was believed that a woman could not get pregnant, do not have an orgasm These dark presentation led to a completely hopeless …

Interesting facts about life in ancient Europe Not rated yet
Infestation of insects and bed bugs adopted in the 18th century, threatening dimensions. They were regarded as the norm of life. Unfortunately, these insects, …

Interesting facts about Personal Hygiene of people in Europe (18th century) Not rated yet
Today we highly value personal care, but until the early 18th century, a man could in his life never to dive into the water. Many people believed that …