Interesting Facts about the White House

Looking for facts about the white house: The White House is doubtless one of the most famous and noticeable monuments of architecture in the world. Needless to say, the White House has strange historical moments, facts and bizarre stories that most folks may not know about. For two hundred years of existence this house has seen a lot - from animals to ghosts, secret passages, bunkers, pools and even a bowling club ... For example, many do not know about hidden pools and amazing parties. So, if you are ready to discover a lot about the White House, we bring to your attention these collection of interesting facts about the White House, which you might not have known.

Facts about the White House 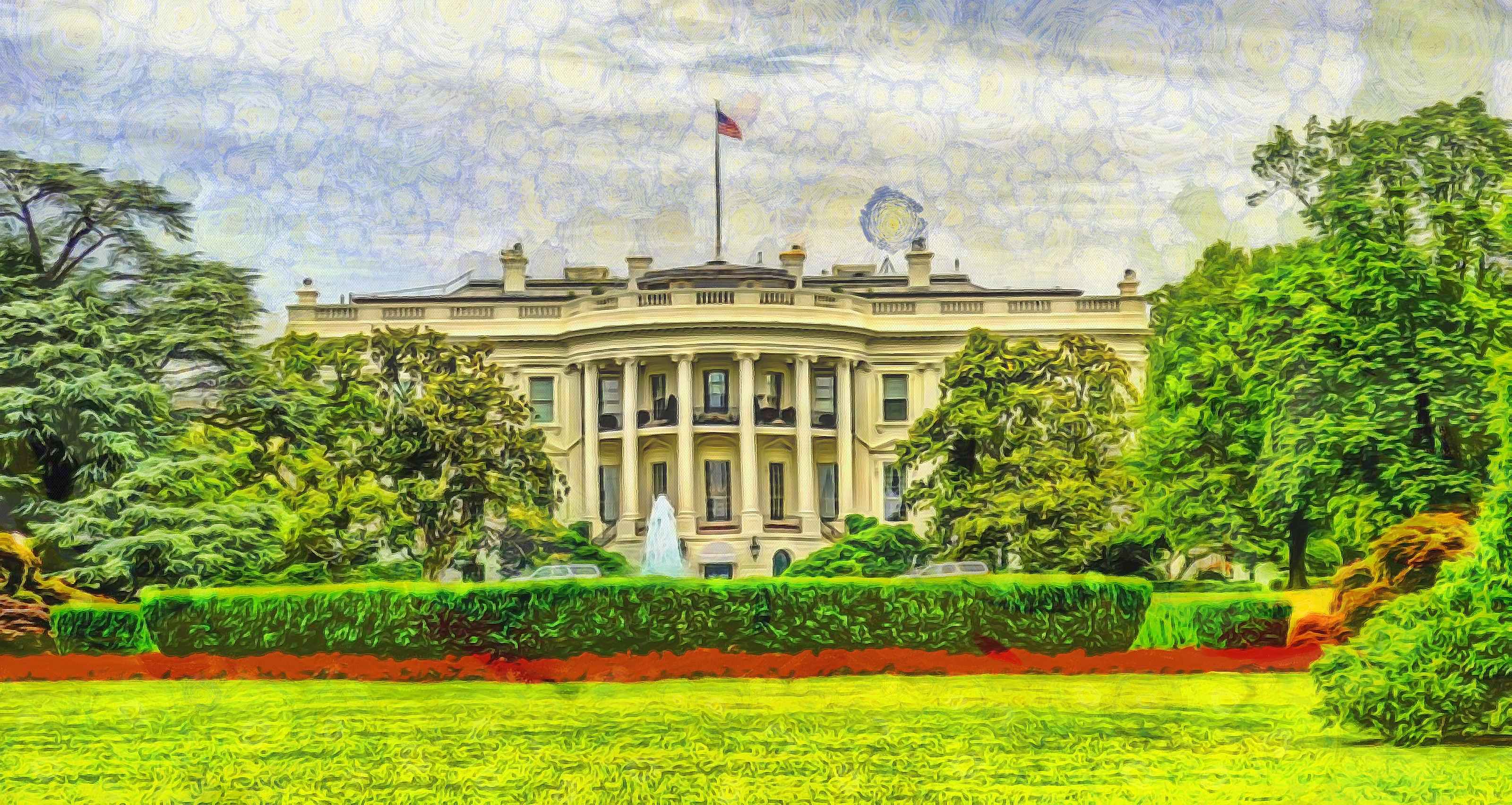 The White House is the official residence of the US president, located in Washington. All the presidents of America, with the exception of George Washington, during the presidency of which he began to be built, were "registered" precisely here. 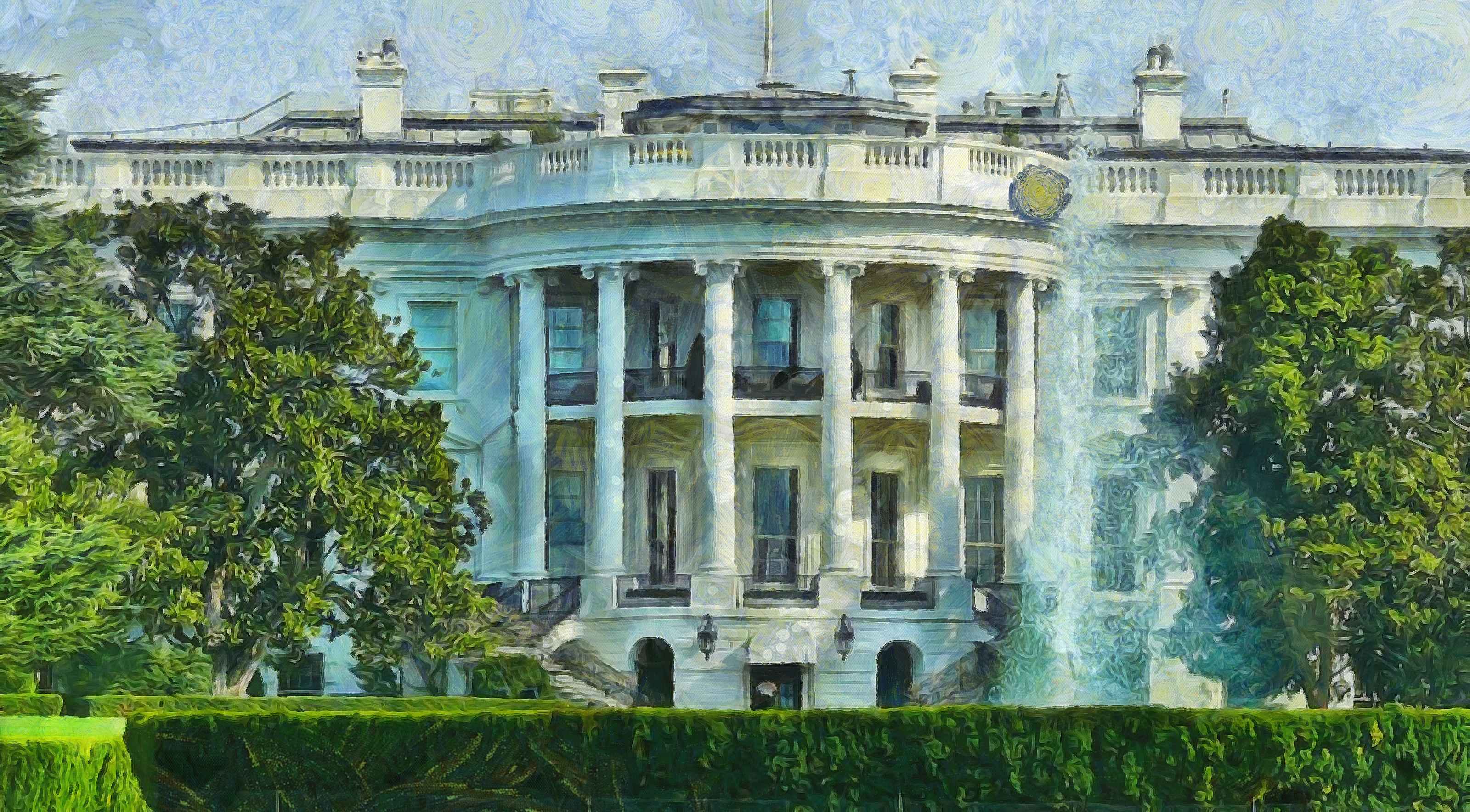 The symbol of the United States, democracy and freedom, the White House is a mansion in the Palladian style (architect James Hoban). Construction began in 1792, ended on November 1, 1800. On the same day, his first "master" was the second US president, J. Adams. 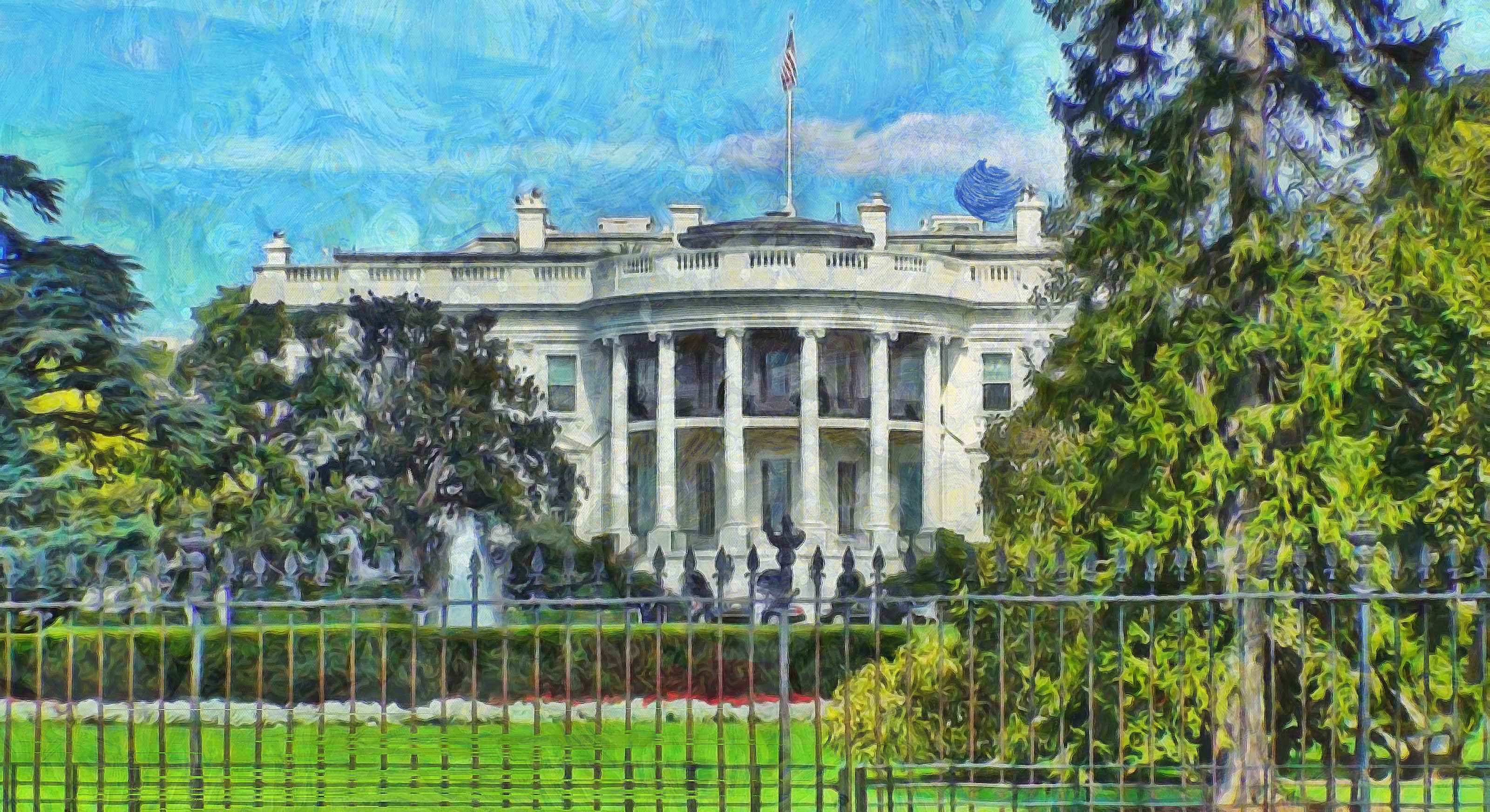 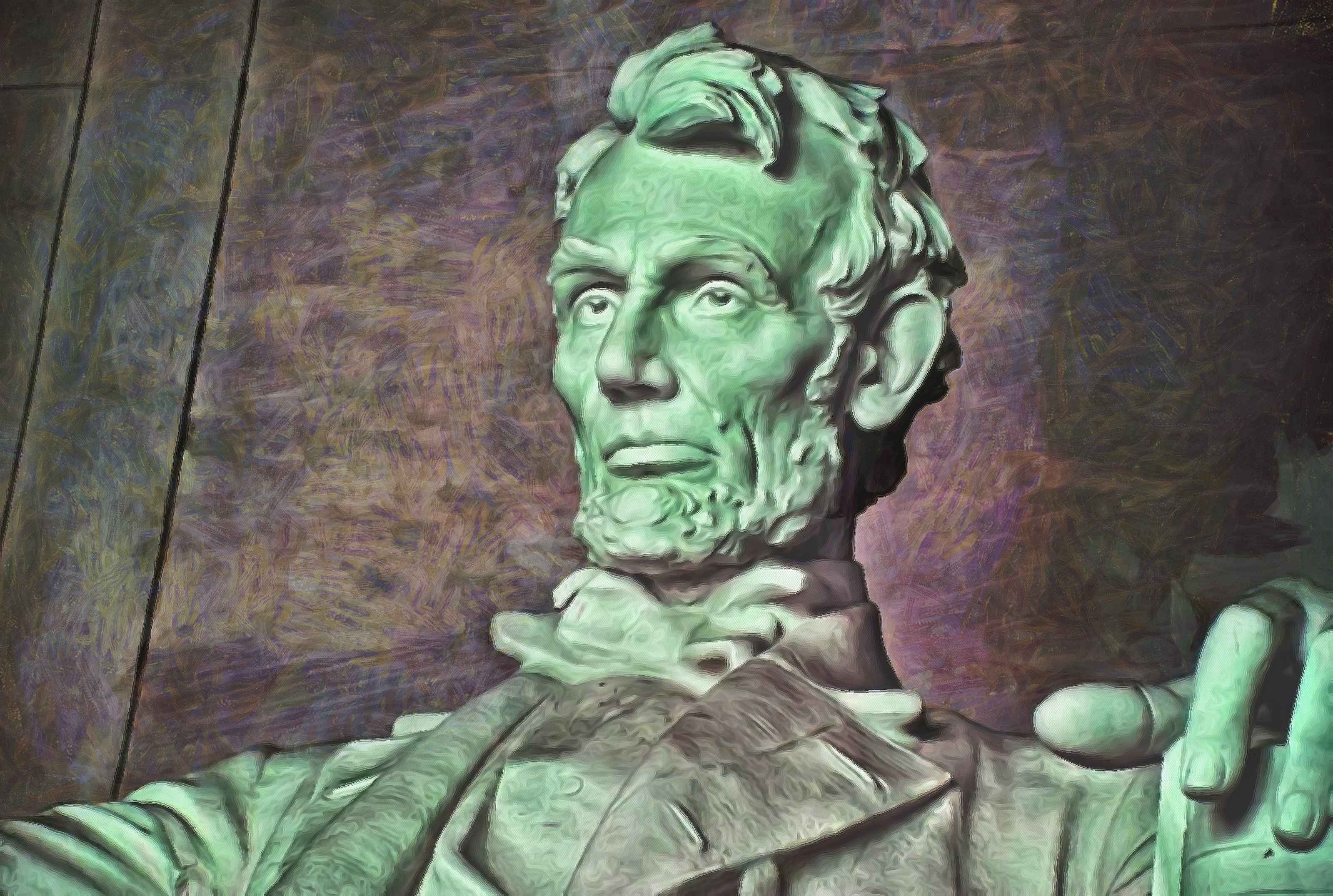 More facts about the White House: When the White House was designed, its architect, Pierre Charles Langfang wanted to make a very peculiar mansion: as an example he pictured the residences of French kings ... President George Washington, who supervised the construction of his new residence, hated the work of Langfang. And he fired him in the end. 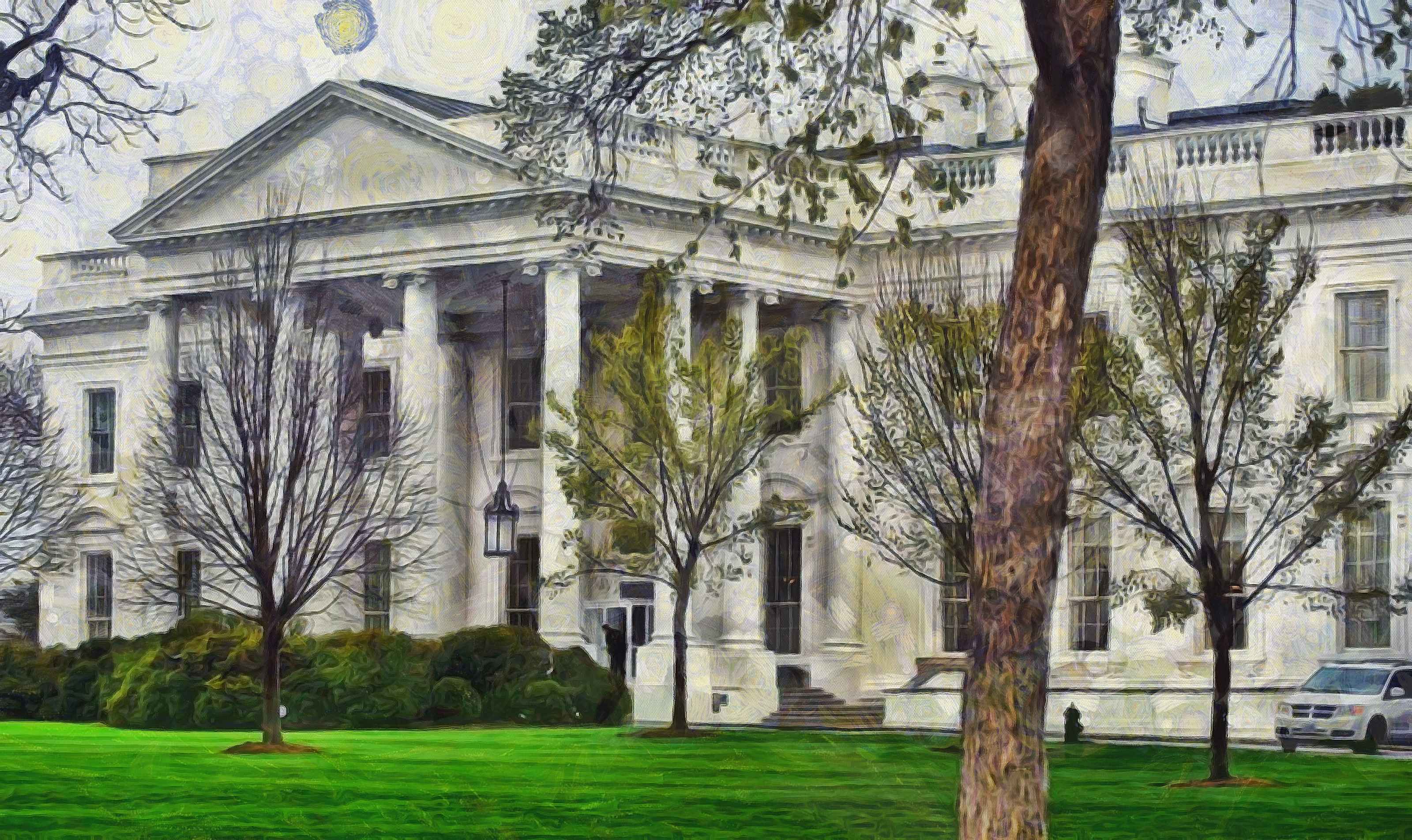 Nine new projects were considered with passion, these were remarkable examples of modern architecture, but only one could be declared the winner. By the way, one of the contestants was Thomas Jefferson. He sent his sketch, not mentioning his real name. The winner was Irishman James Hoban, who replaced Lanfan and built the White House. 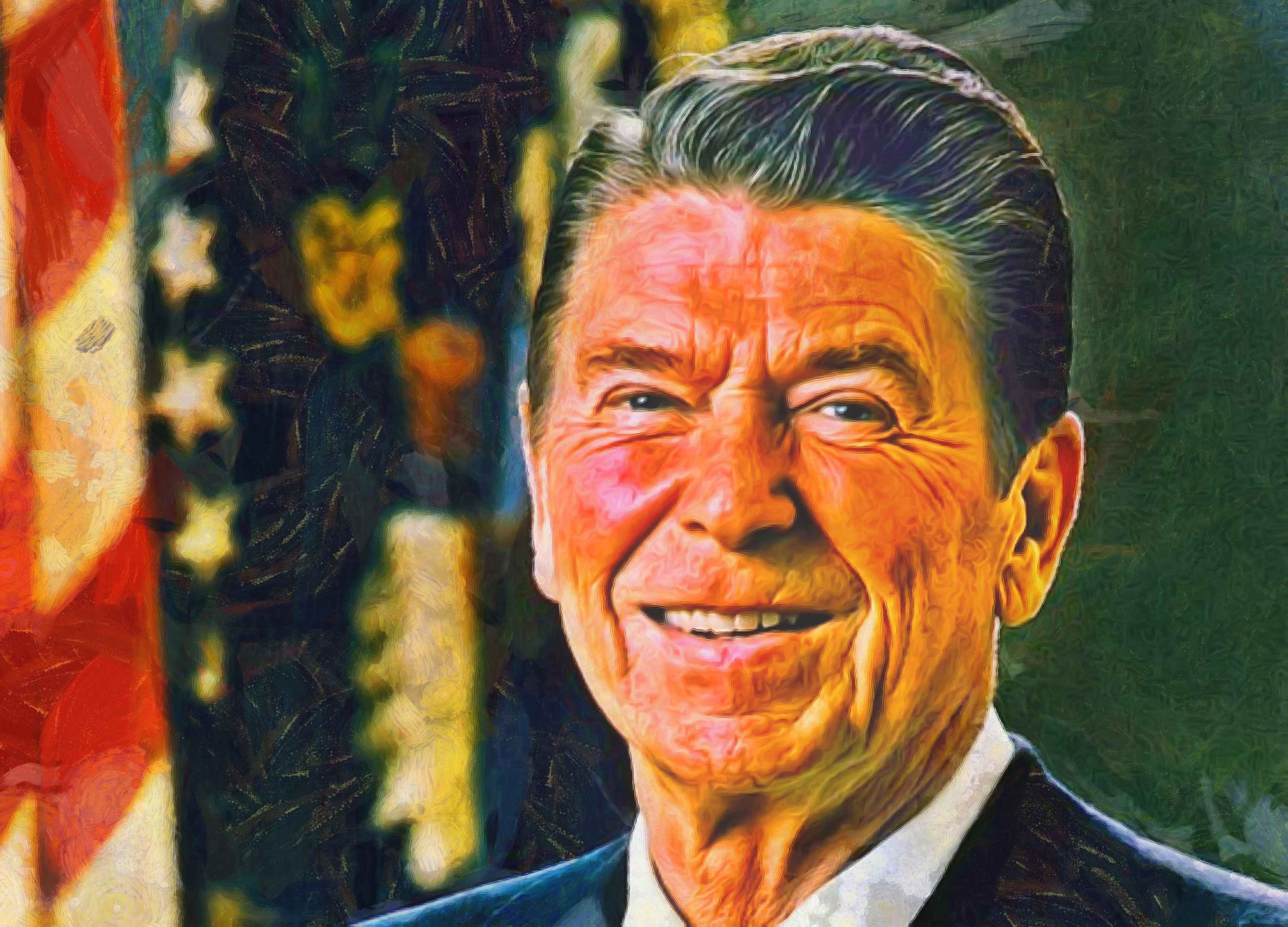 As a result, the residence was five times less than what its original author wanted. However, the 1600 Pennsylvania Avenue house was considered the largest in the United States. It remained so before the Civil War, but after it the title of "the biggest house" of the country lost - mansions, and then skyscrapers began to be built everywhere. 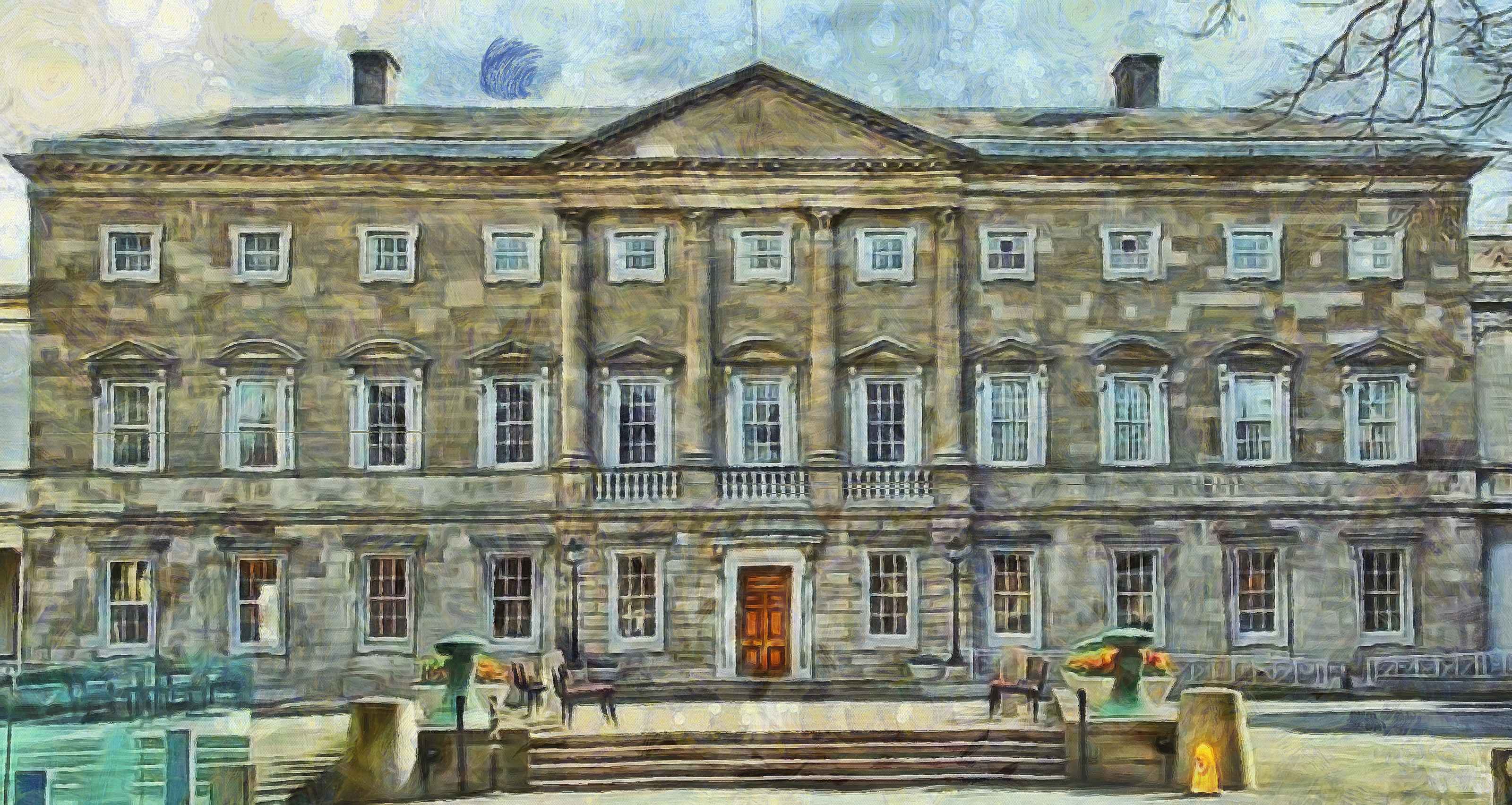 The twin of the White House. Yes Yes. The White House has a double. It was built in Ireland in 1745-1747 and is called the "Mini White House". There is an opinion that James Hoban, on whose projects the construction of the residence of US presidents was completed, saw the sketches of Leinster House before he submitted his own project for the "presidential residence" to the George Washington competition. There is also a small chance, then it was inspired by the image of the residence of the President of Ireland in Phoenix Park, Dublin. After all, Hoban grew up and studied in Ireland. And after his project won, he decided to stay in America. Made a name and a wonderful career, by the way! 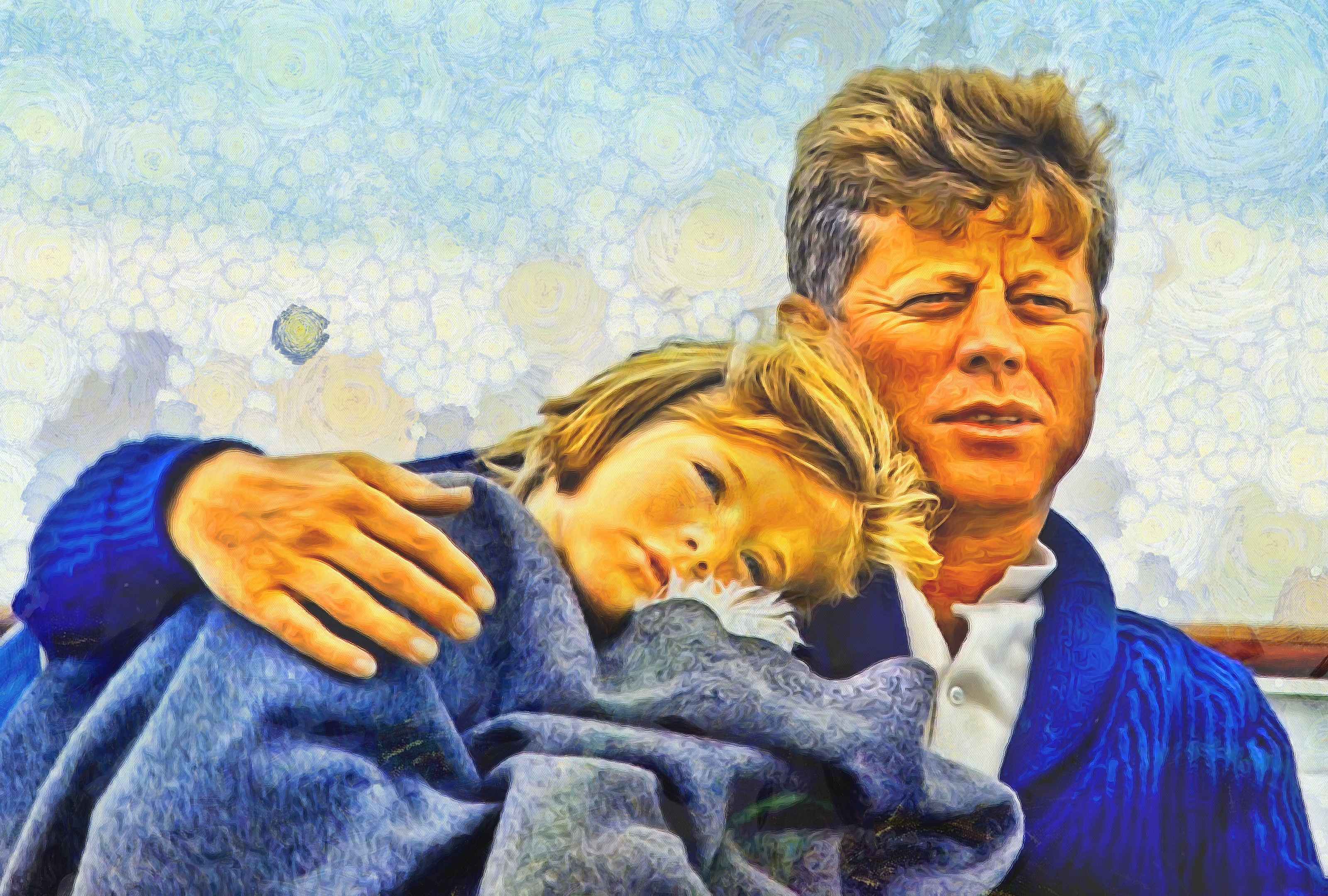 The building did not have access to running water until 1833, when the system was installed by Andrew Jackson. Under the White House there is a dentist's office. In fact, in the white house there is a whole trade center with a flower shop and even a bowling alley (which was added by Nixon). 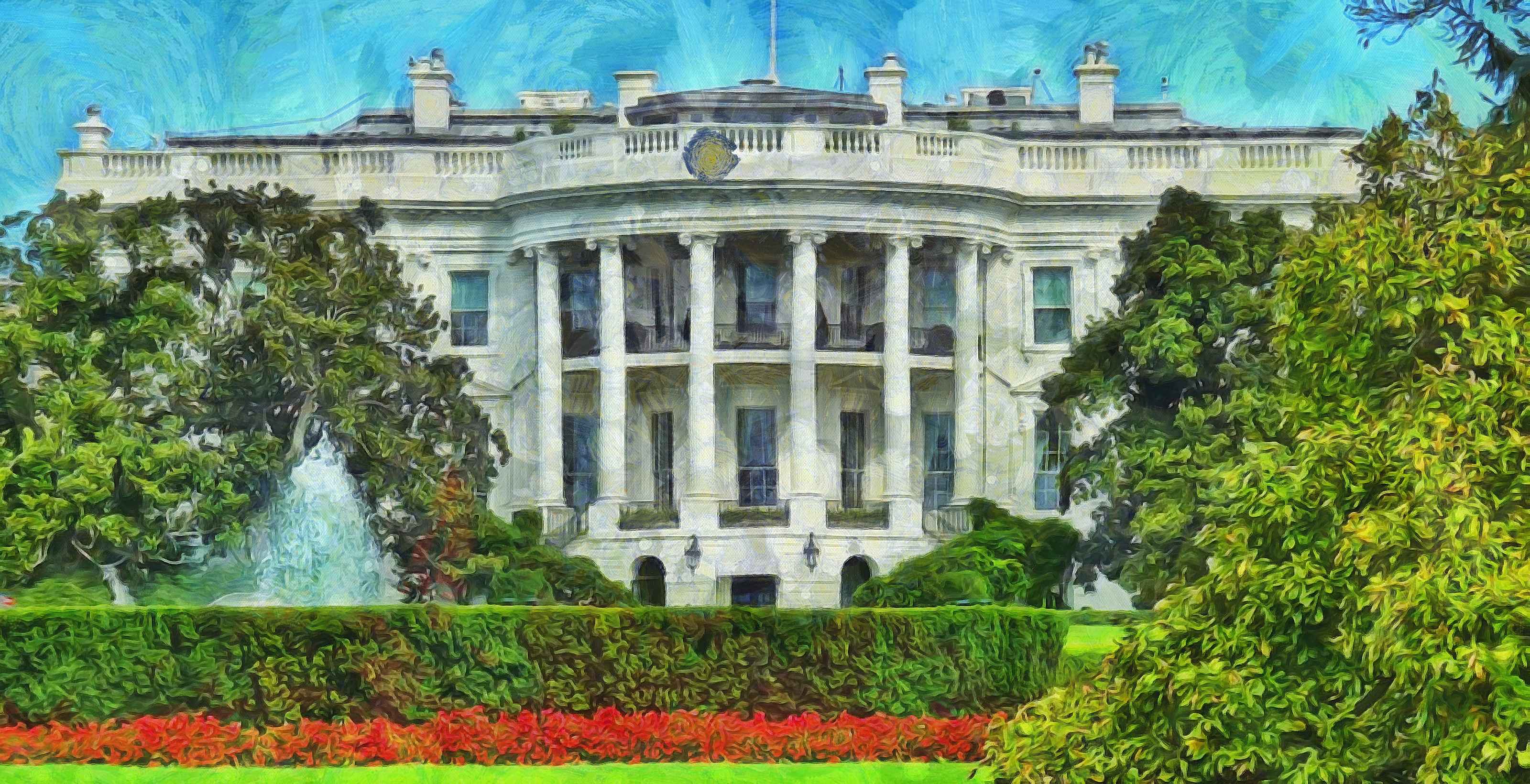 Facts about the White House. In 1891, the White House installed electricity. President Benjamin Harrison and his wife, Caroline, were so frightened by this innovation that they refused to turn on the light themselves. This function was performed by butlers. 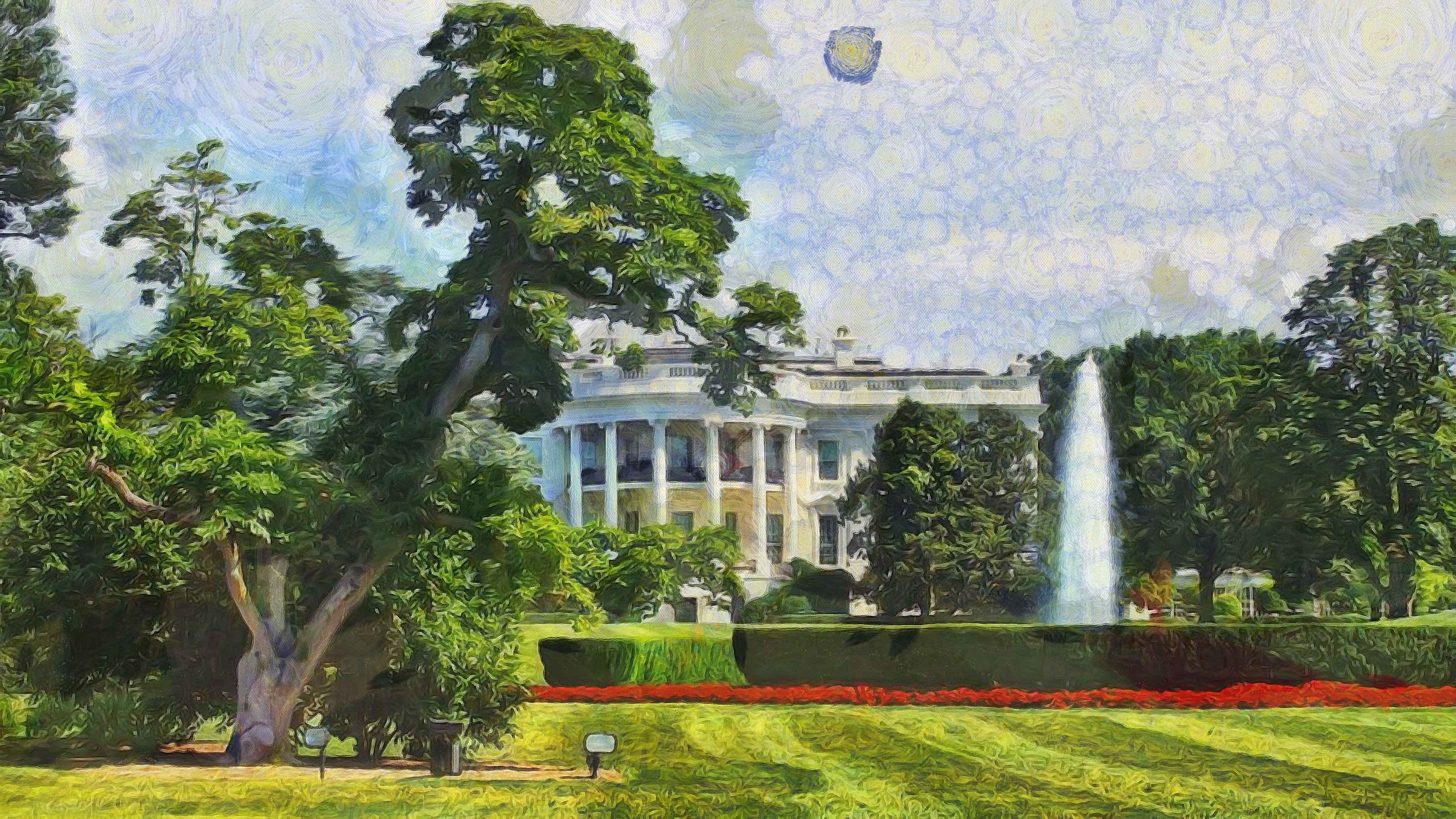 President Lyndon Johnson received the nickname "Lamp Johnson" for almost universal turning off the light, even when people were working in the room. His explanation was simple: he did not want to spend a single extra dollar of taxpayers. In 1979, President Carter installed solar panels over the west wing. They were not very effective, and in 1989 the solar panels were removed when President Reagan was working on the roof ... In 2003, the first solar panel was put into operation under the leadership of President George W. Bush. It was not installed over the entire residence because of the high costs. Only in 2014, with Obama installed solar panels over the entire White House. 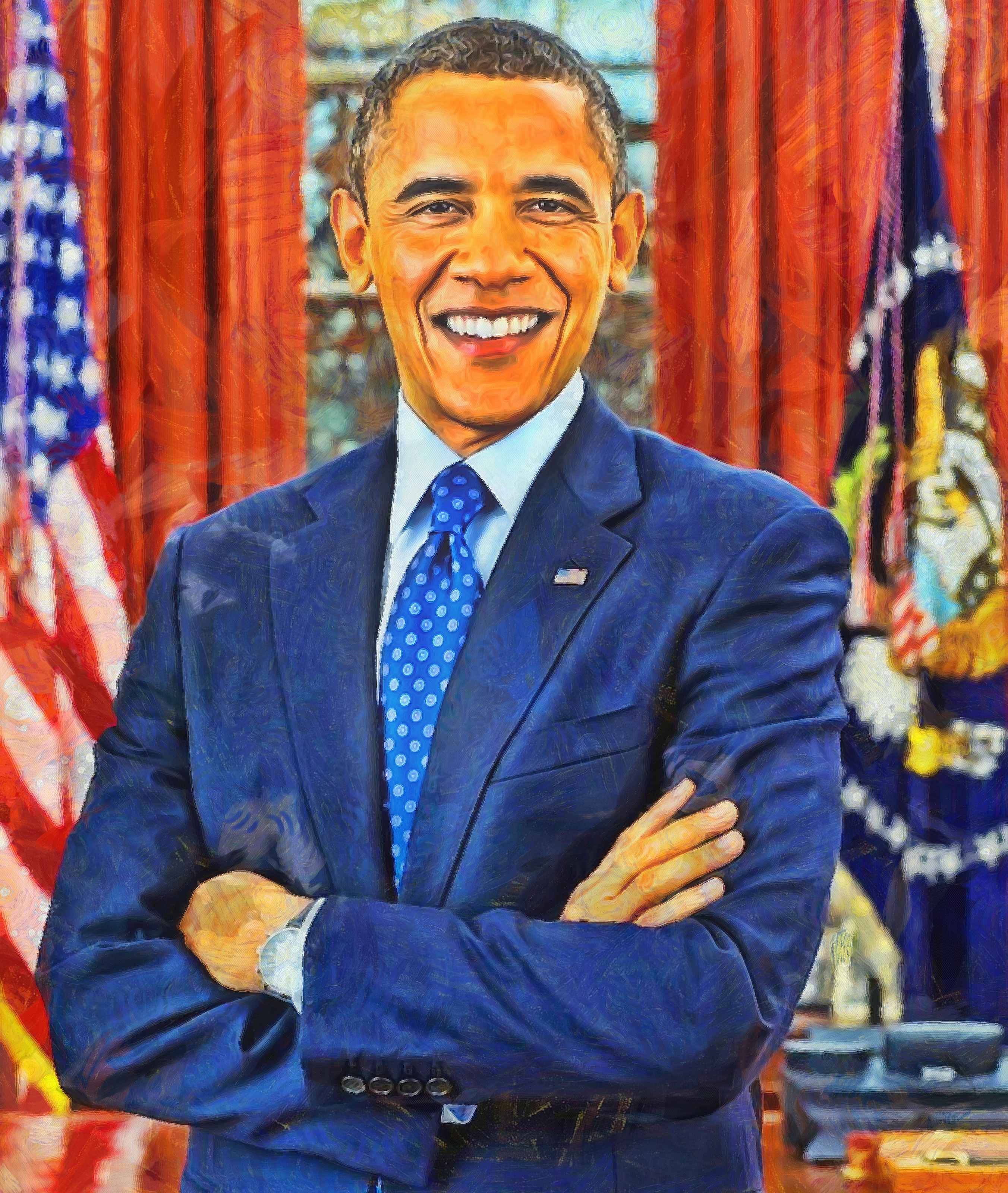 On December 24, 1929, due to a short circuit in the western wing, a fire broke out. Unfortunately, the White House did not even have insurance, but tenants managed to get money from the Congress and most of the internal premises were completely rebuilt and reconstructed. 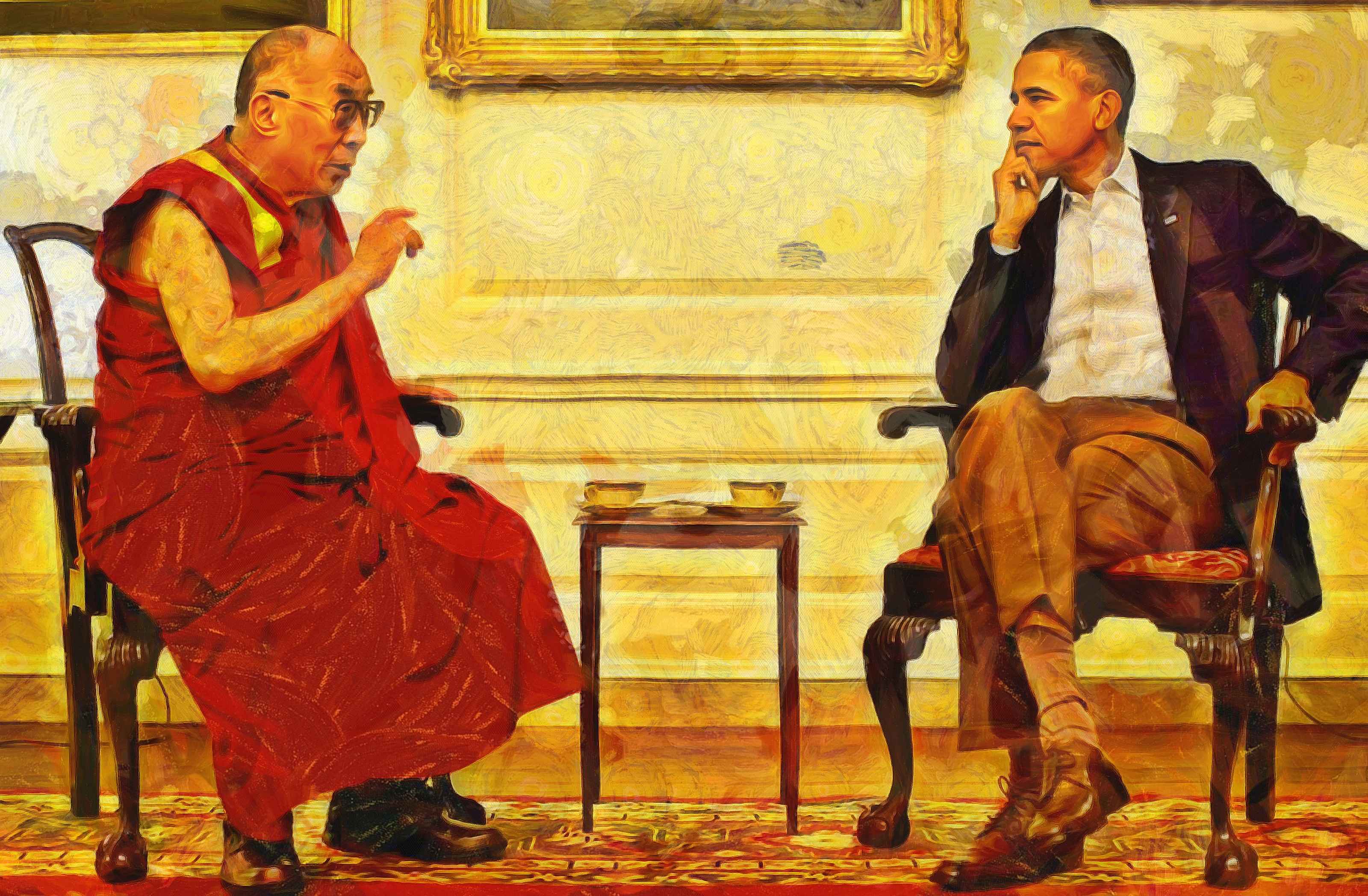 The fire broke out in the attic during the Christmas Ball. The employee smelled smoke and reported it to the president and his assistants. They were able to save many of the president's personal belongings, and also protect his office from further damage after the fire. But the press center suffered most of all: photo archives, articles and materials were lost. 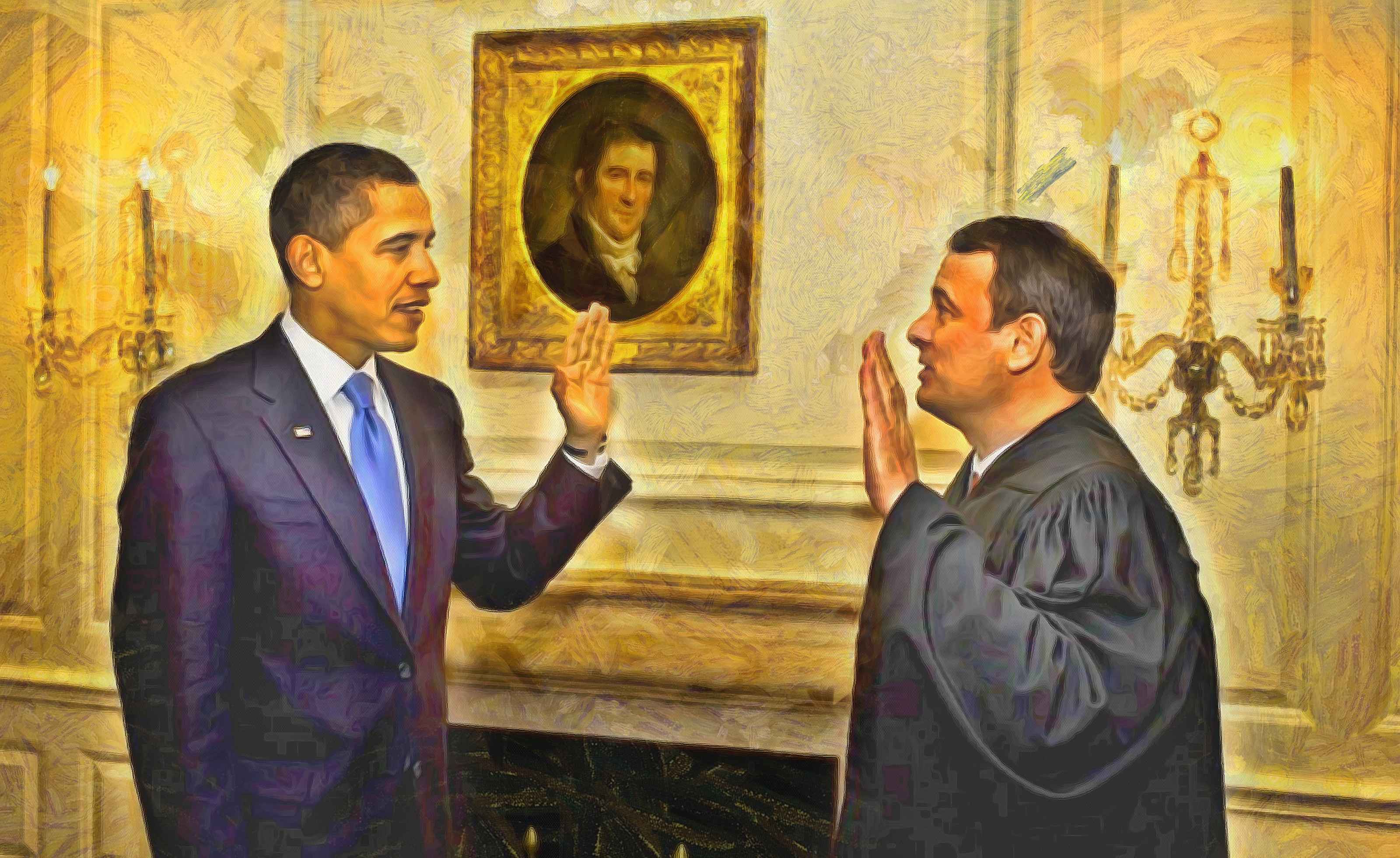 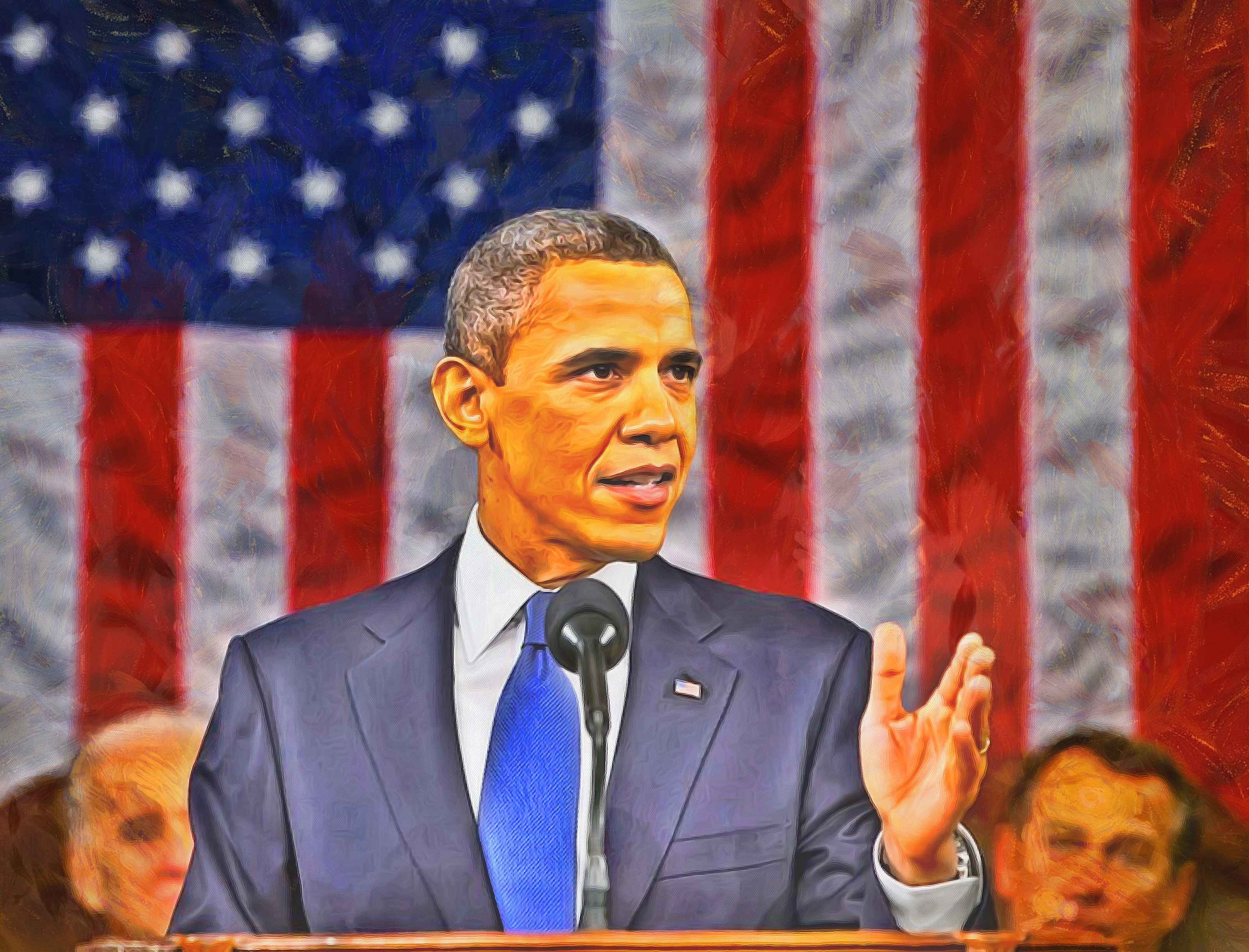 In 1909, President Taft very much wanted an air conditioner, and so he went and bought himself something like a cooling system. This system looked like this: huge fans were installed in the attic of the White House, next to them there was ice in the vats. The cold air had to go down the duct and cool the whole house. In theory it looks convincing, but in practice it did not work at all. Even the loft could not cool down. Since there was no way to keep the air at the right low temperature, warm and dusty streams swelled around the house to the great displeasure of the cleaners. Fortunately, Taft gave up on time and stopped using his home air conditioning system. 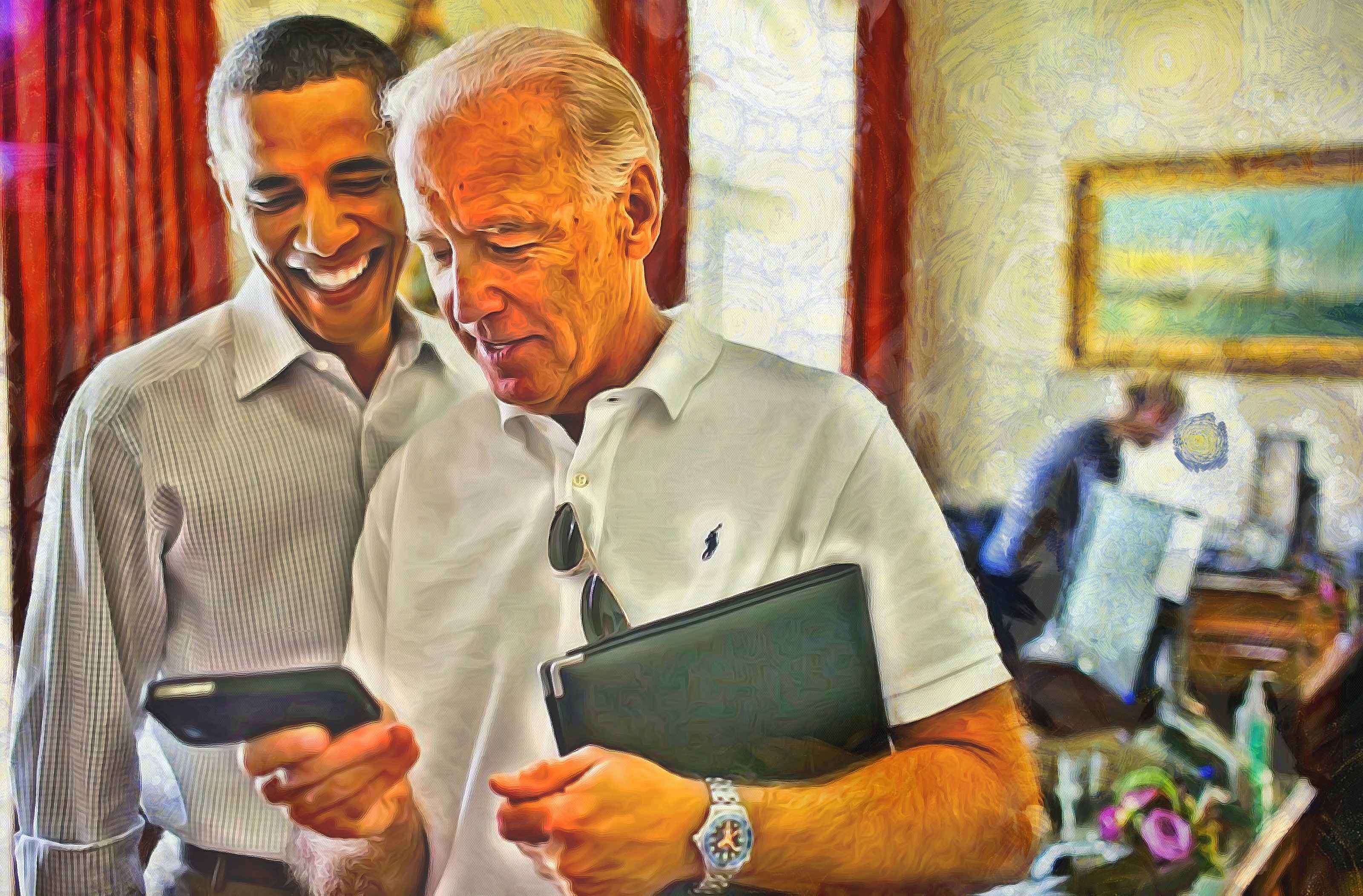 It was not designed for a president with a disability, so when Franklin Roosevelt took office the whole house had to be equipped with elevators and folding platforms for his wheelchair.

Strange facts about the White House. President Nixon was impressed when he first saw the shower of the presidential bathroom. His predecessor, Lyndon Johnson, had very specific requirements for this shower cubicle. Well, very specific ... The plumber who was in charge of designing the shower, worked on the system for five long years ... Yes, yes. Five. Trying to get a "Johnson standard shower". The poor plumber was even in the hospital for the mentally ill.

President Johnson was obsessed: he demanded that hot water enter the tap under high pressure. The nozzles should be located at a height "just right": a jet on the buttocks and a jet on the genitals.
By the way, President Johnson never publicly commented on issues relating to his bathroom predilections. 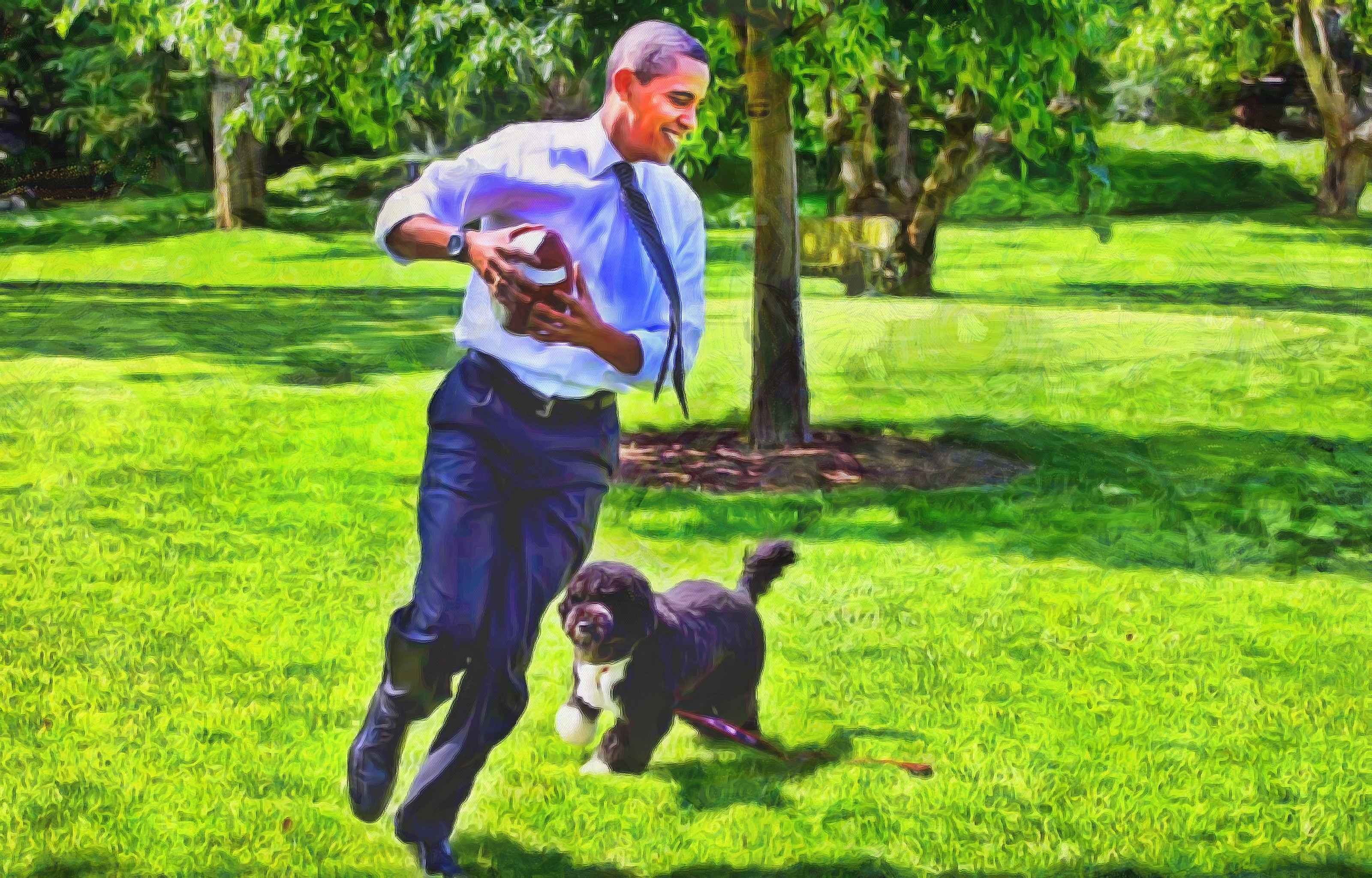 In general, the White House has always been a place where not only presidents, but also many different animals lived. President Hoover, for example, held two alligators and rarely locked them. Jefferson had a mockingbird who calmly flew around the house. John Kew Adams also kept a crocodile in the bathroom on the top floor. One of the assistants of Adams fed the pet "according to job descriptions". 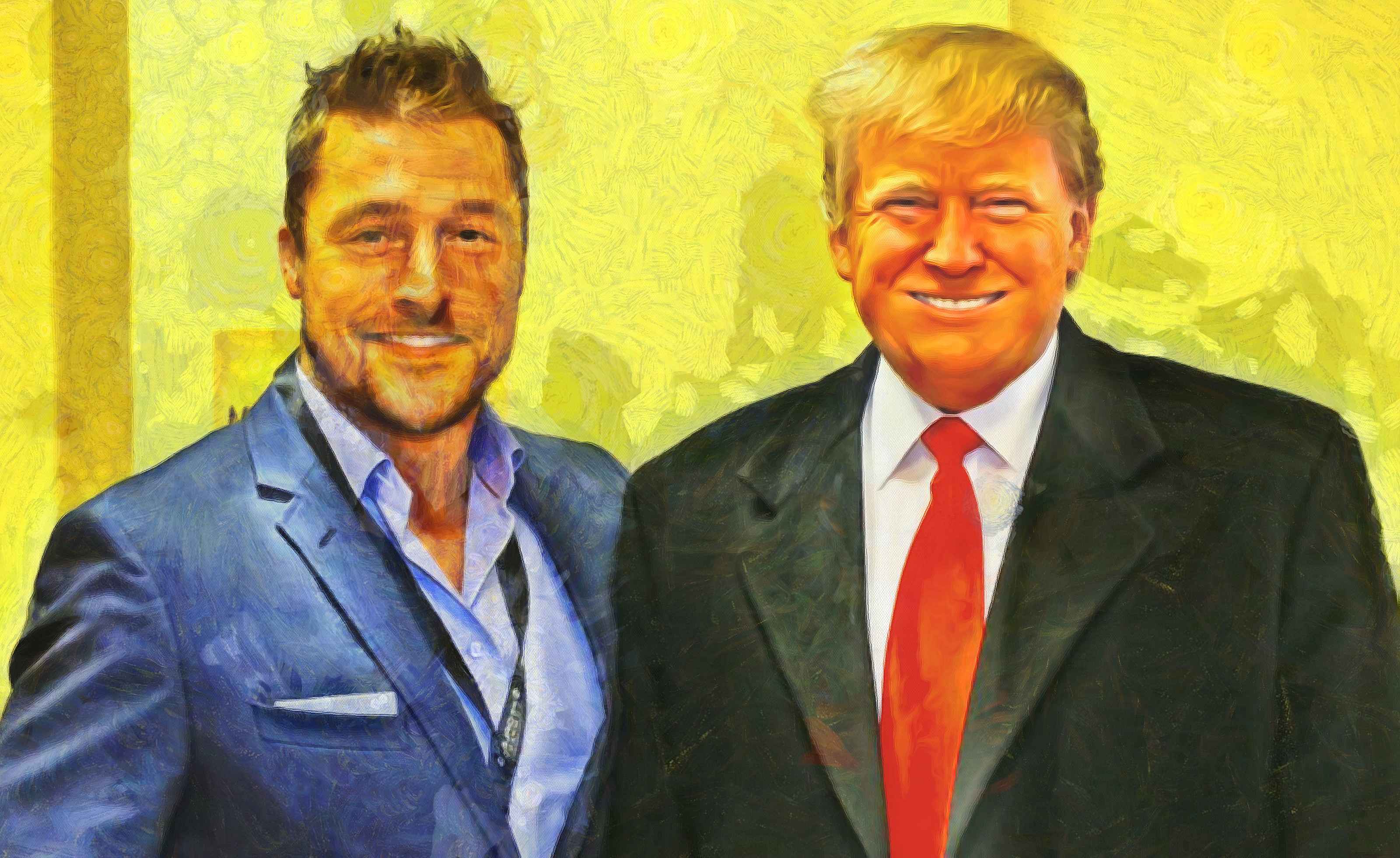 In addition to this, there was a period of time when the White House was more like an "Animal House" - a comedy with John Belushi. The 1820s were an open door. This could always come to everyone, who is not lazy. And visitors had to ensure a comfortable stay. Including alcohol! There are cases when visitors were lured out of the house, placing bottles with liquor and wine on the lawn. And everything turned into a party ... Today it would be an absolute nightmare for the special services. 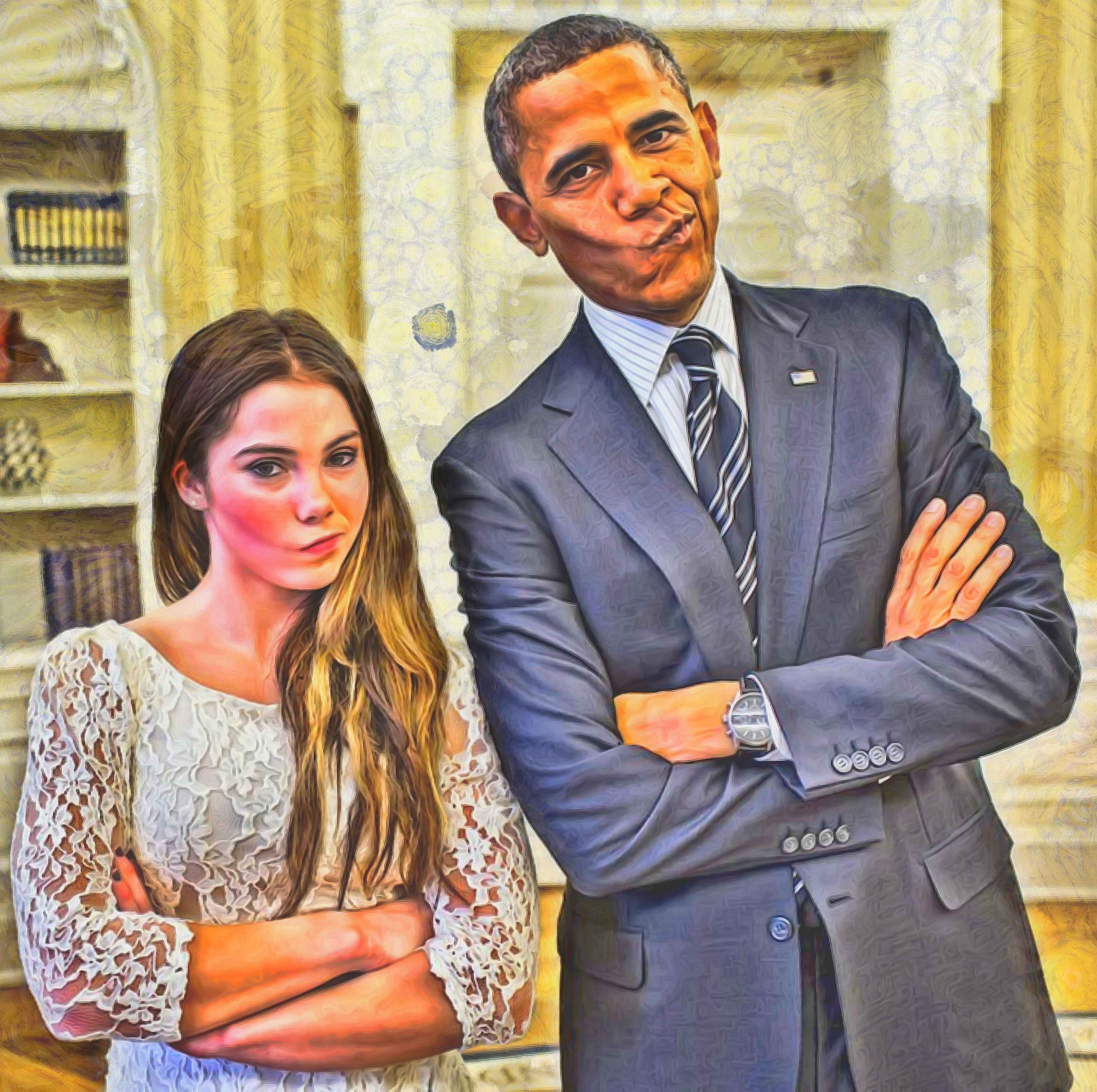 It is said that when Winston Churchill stayed at the White House, he spent the night in the old bedroom of President Lincoln. The next day, Churchill left the White House in great haste. He probably saw the ghost of President Lincoln, who was coming out of the bath.
Churchill returned to the White House more than once, but since that time he never stayed in Lincoln's bedroom. Should he be blamed for cowardice? After all, the British prime minister is not the first and not the last who saw the ghost of Abraham ... True, before him it was mostly ladies. 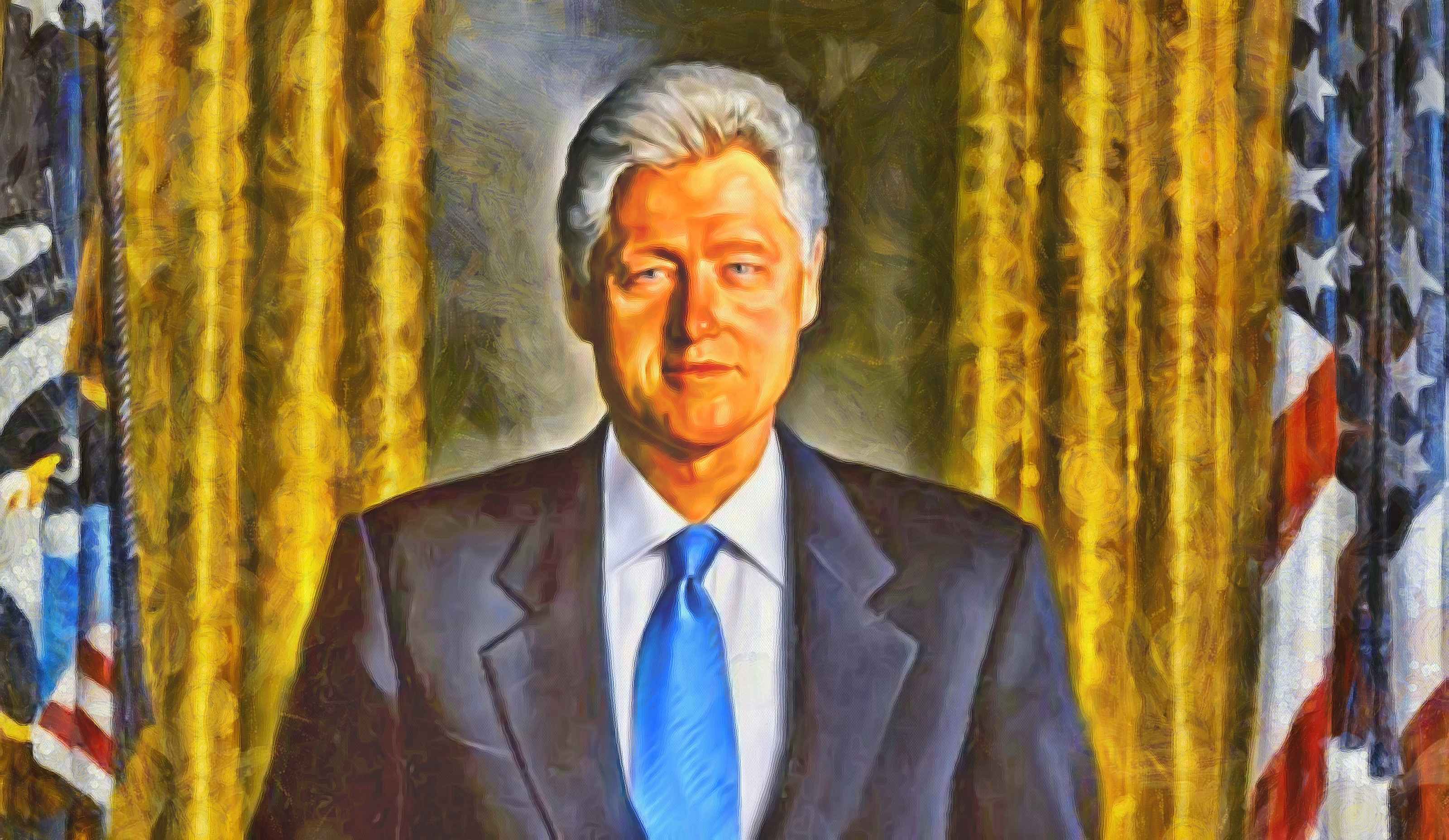 fACTS ABOUT THE WHITE HOUSE

Then the white housing was estimated at 232,372 dollars! If today the White House was put up for auction, then according to the estimates of independent experts, its value would be $ 320 million. Not very surprising, is not it? Especially if you take into account what amenities there are: a cinema, a dental office, a bowling alley, a swimming pool, a tennis court, and, of course, 16 bedrooms and 35 bathrooms. The White House is a city that can provide for itself. Super luxury accommodation with all the amenities you could ever dream of! 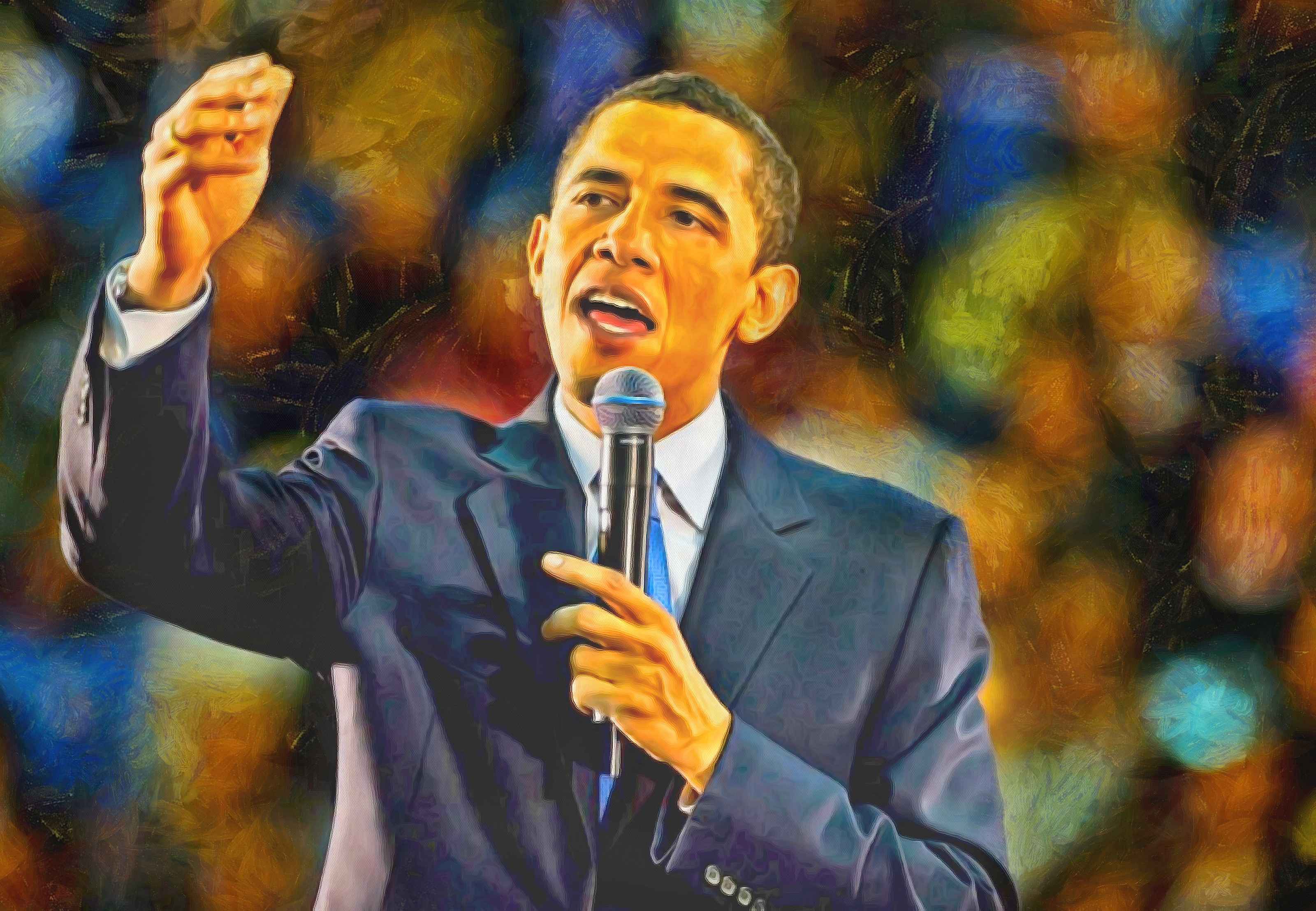 The White House is open to the public at the appointed time, but it is not always possible to visit the premises of the president and his family, as well as all private property. 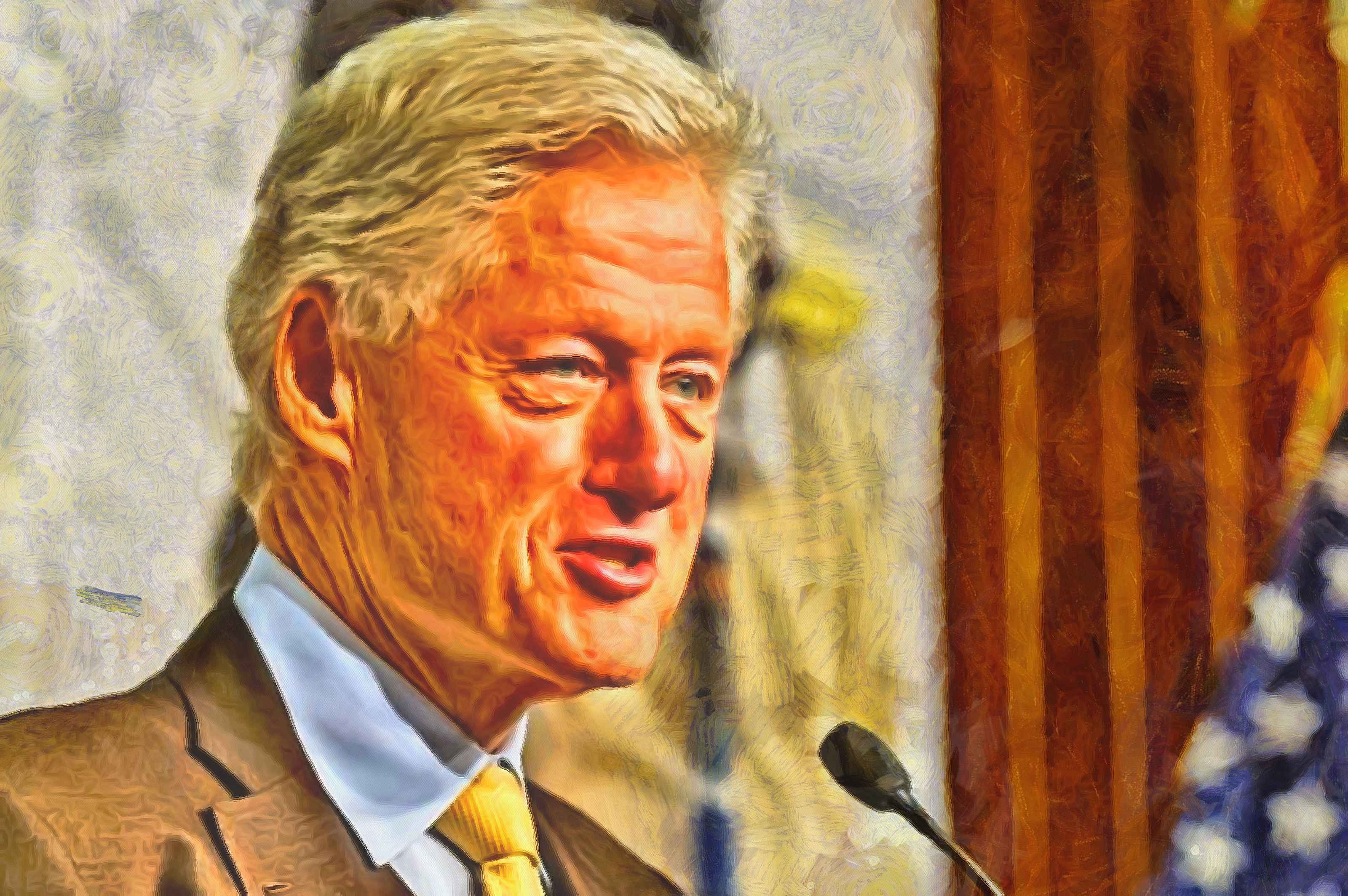 President John Adams created a fruit garden and a vegetable garden where he grew own fresh produce. At some point there were even tropical fruits grown in the garden of the White House.

First Lady Michelle Obama planted a large garden, which is quite up-to-date today. The pediatrician recommended that her children eat more vegetables and fruits. The main family of the state ate fresh vegetables, and even gave part of the harvest for soup to the local cuisine! The White House even has an apiary to make its own honey. 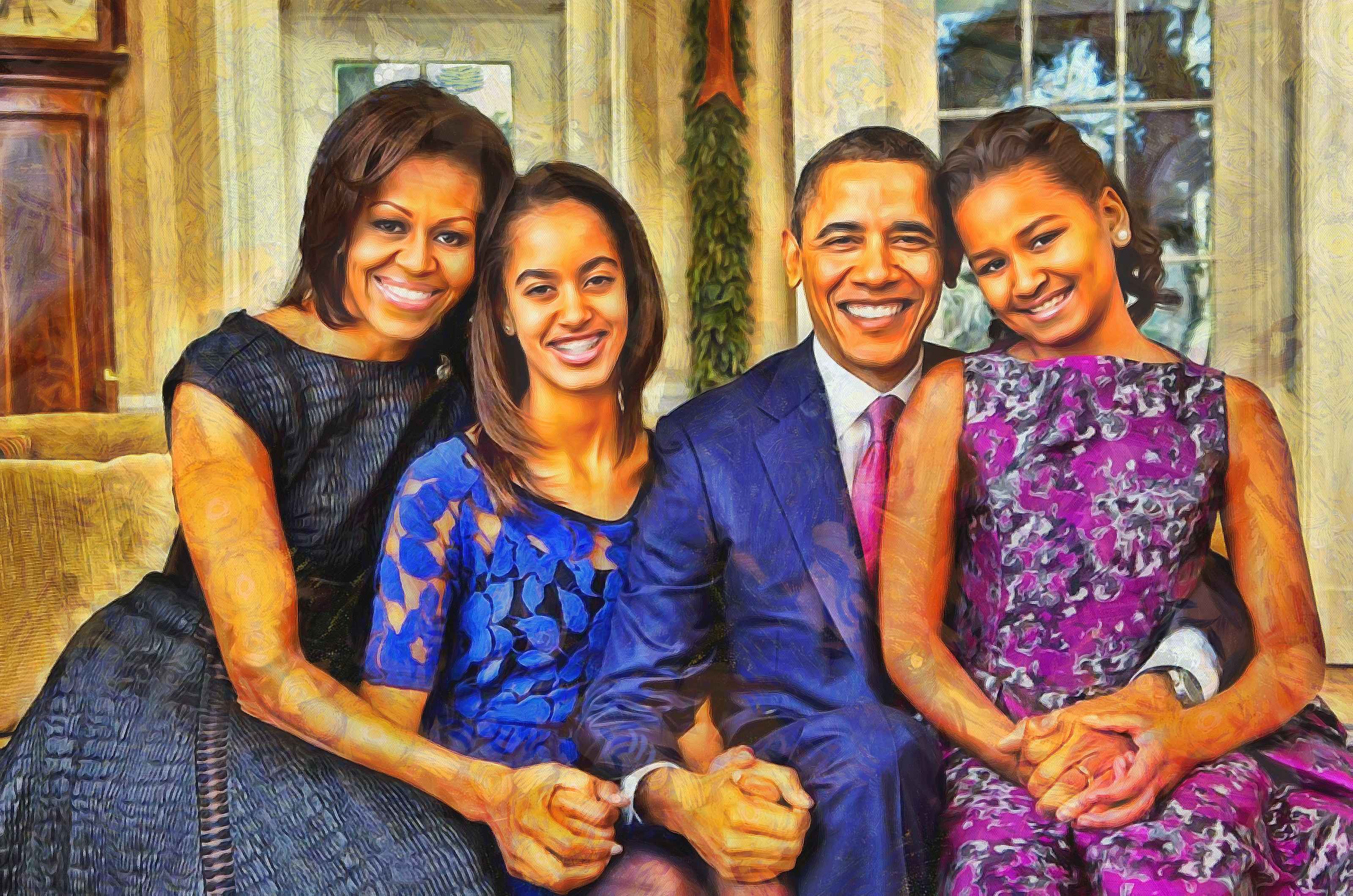 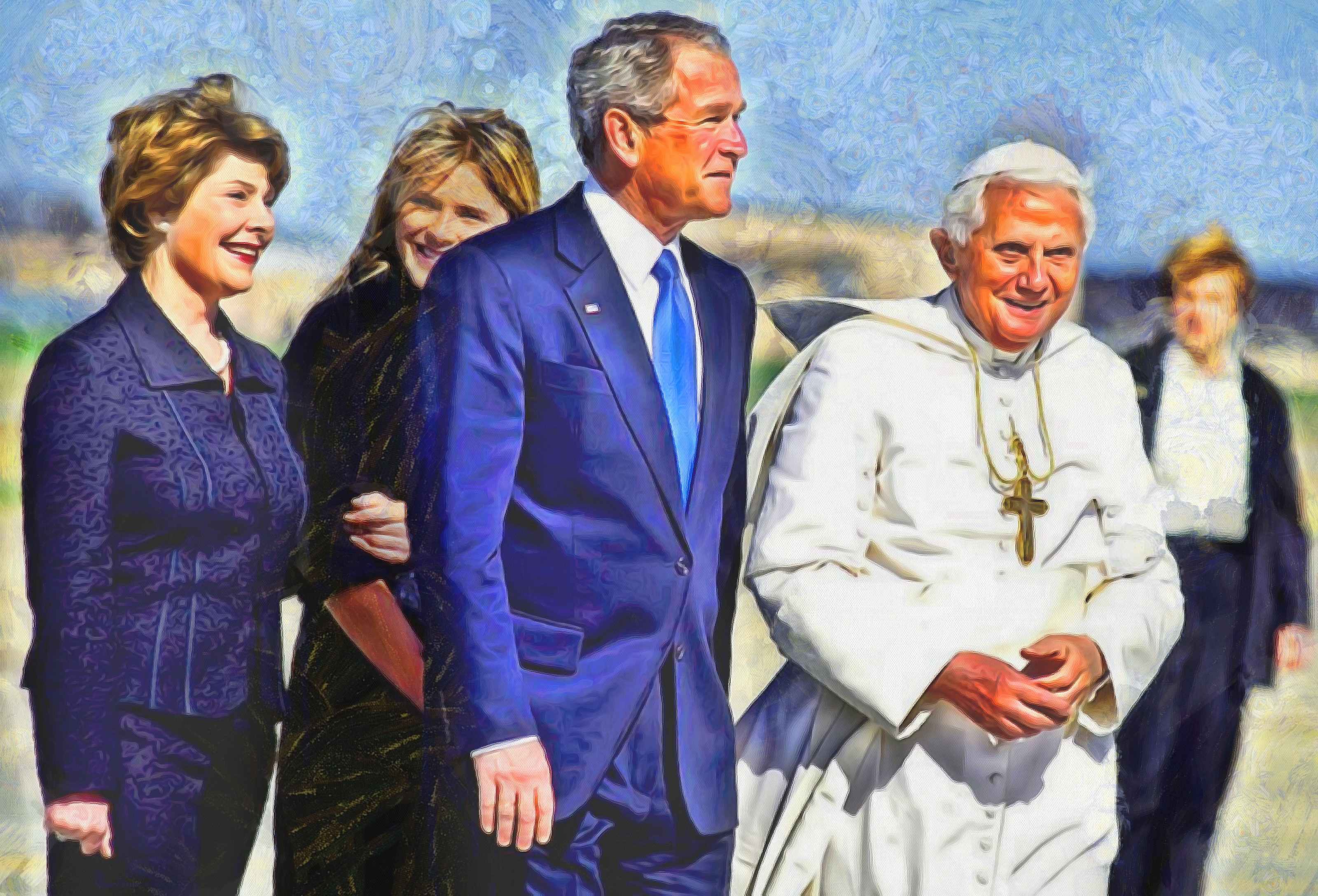 State dinners are matters of national importance, and looking at how everything is arranged "behind the scenes" is like being a spectator of a theatrical performance. So everything is perfectly planned.

The White House has a place for the press and the media. Tom Hanks even made a gift from himself to the press office: two coffee machines when he learned that the press corps lives "without caffeine" ... And this is just one of the many interesting facts about the White House that you never knew about! 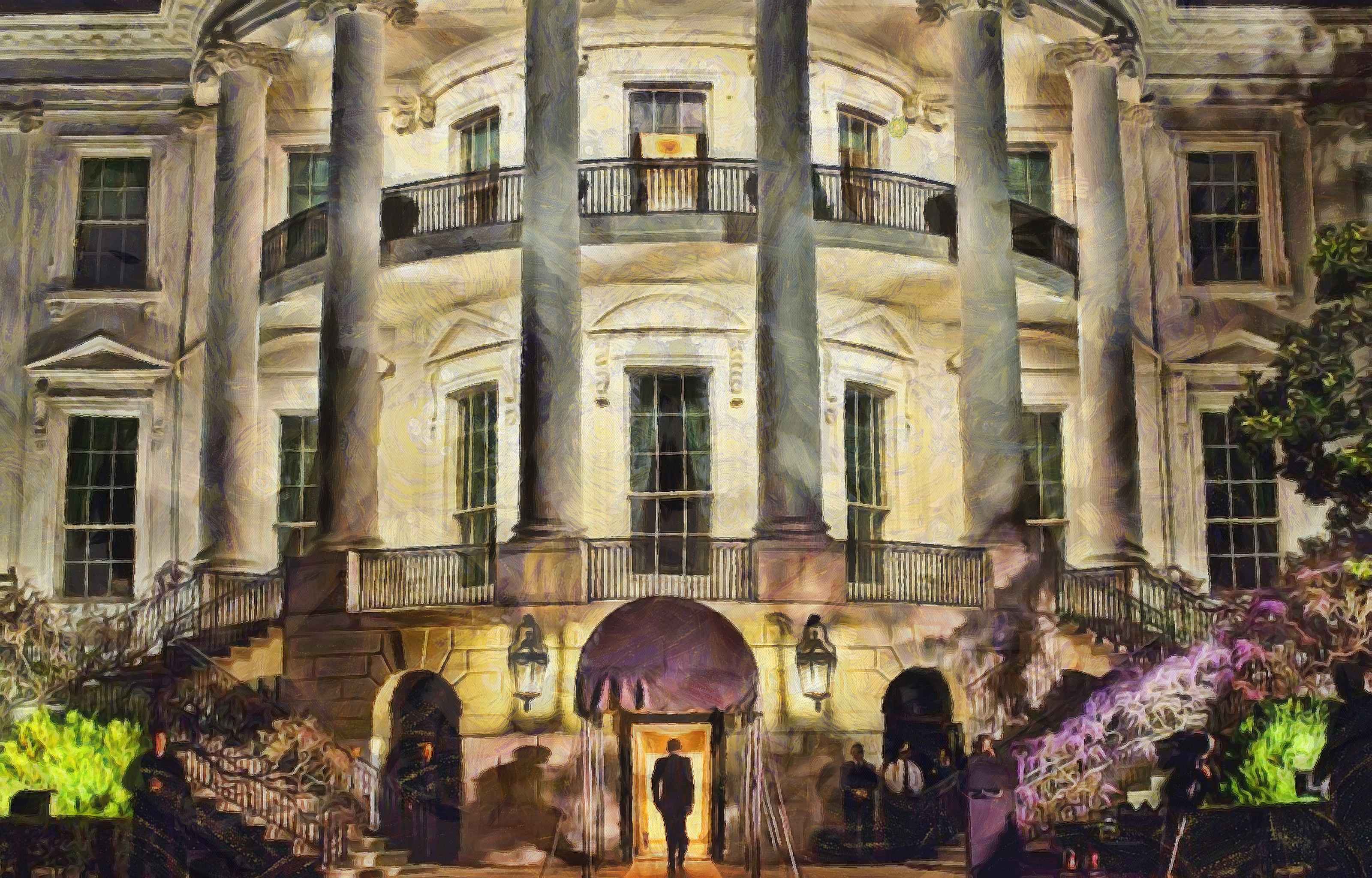 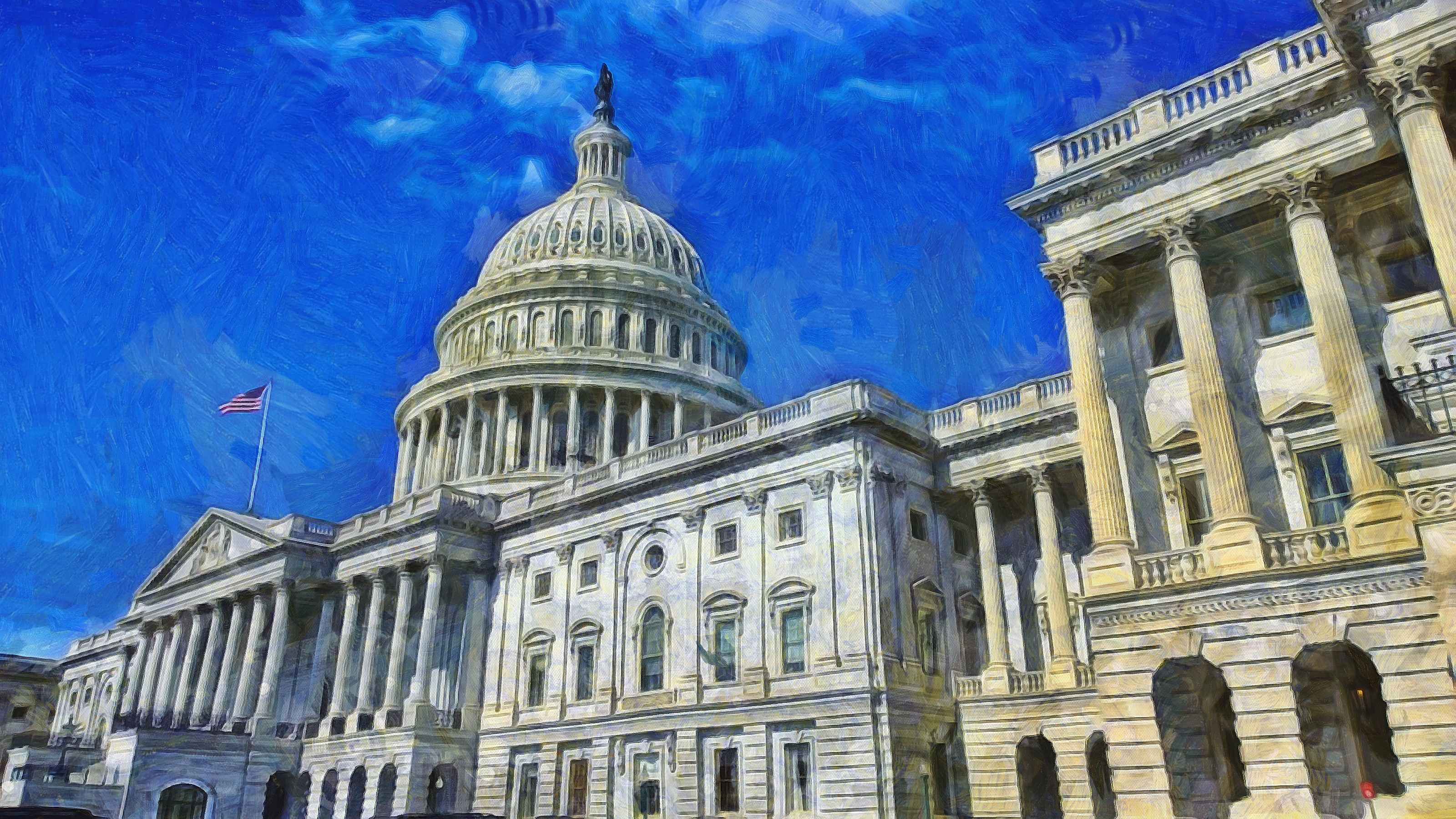 The only thing that is known for sure, that after Pearl Harbor President Franklin D. Roosevelt made an air-raid shelter, from where there was access to the basement of the Treasury building. The premise for the president looks like a concrete box. Roosevelt saw him once in his life. Several US presidents have since also inspected this place, but it was rather a tribute to the difficult times of America's great history. 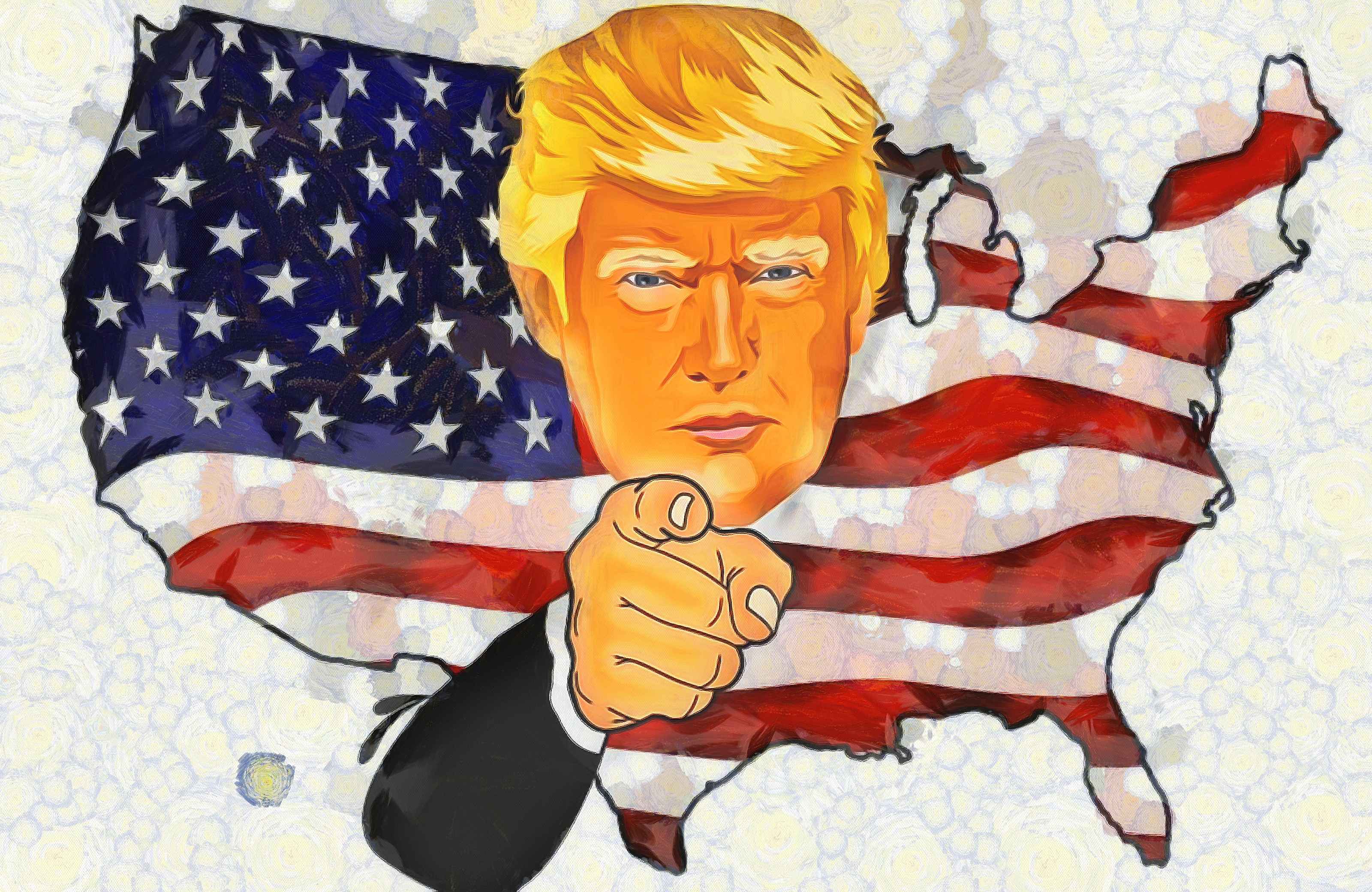 SECURITY - FACTS ABOUT THE WHITE HOUSE

Everybody knows that the White House is equipped with the world's best security system. Many of the details of how it is guarded are unknown, but there are also facts: a six-level bunker under the ground (under the east wing), 147 bullet-proof windows, and whenever the president goes outside, snipers appear on the roof of the White House and special protection. 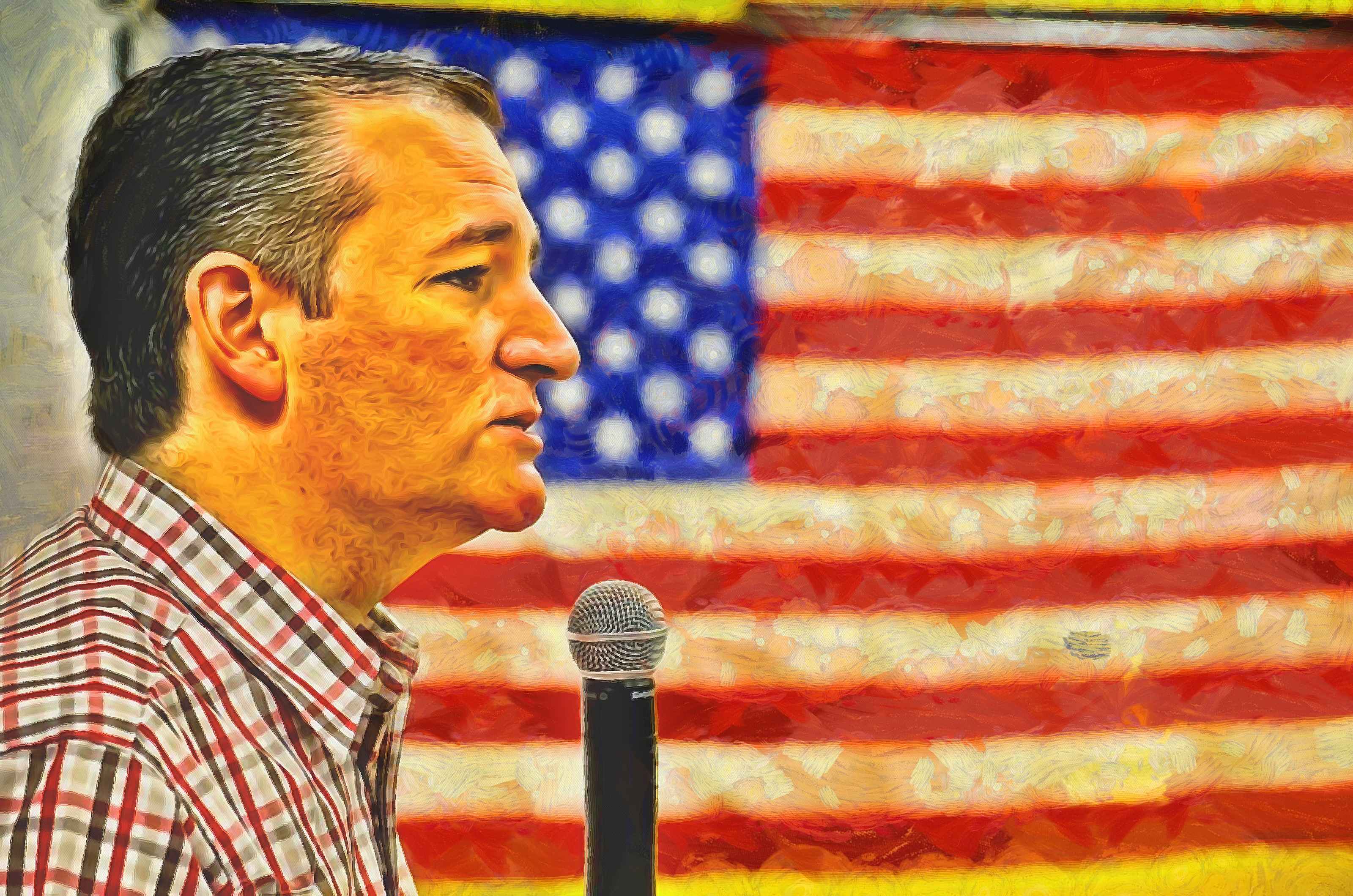 They say the White House has the ability to repel an air attack, as it has an anti-missile defense. And a bunch of snipers, located on the roof around the clock! And no fewer than four agents of special services on duty in the corridors in front of the west wing.
These measures were introduced after the assassination of President McKinley, when the secret service assumed the duties of defending the president on a full-time basis.

Go back to homepage from Facts about the White House