Facts About The Berlin Wall

About 200 people have been killed while trying to escape over the Berlin Wall into West Berlin.

Are you looking for interesting facts about the Berlin wall? Then you've come to the right place. Here you can get a lot of interesting information about berlin wall and even make own comments.

Both Western and Easter Germany were reunited only on 3 oct 1990 and the wall was destroyed. 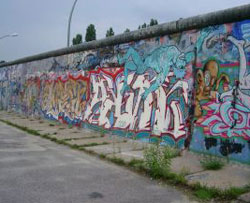 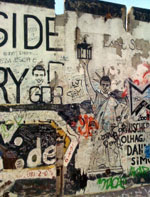 Initially, the Berlin Wall was an ordinary barbed wire which was stretched after the approval of Soviet leader Nikita Khrushchev. This barbed wire did not give the slightest opportunity to migrate freely from one side to the other, which was an insurmountable problem and a tragedy for many families, members of which were on opposite sides of the barbed wire. East German government demanded from instructing border guards, so they opened fire without warning in case someone attempts to overcome the Berlin Wall. Because the space between East and West Berlin wall called "death strip", and only for the period of existence of the Berlin Wall is about 200 people were killed.

Back to Homepage from Facts About The Berlin Wall

Do You Know More Facts About The Berlin Wall?

Do you have more interesting facts about the Berlin Wall? Share it with global community!