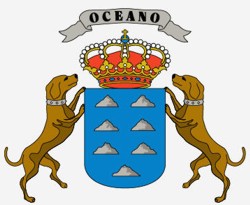 Are you looking for Fun and Interesting facts?

Loch Ness monster are entered in the Red book of Scotland, the special act on the protection of animals, 1912.

It cost 7 million dollars to build the Titanic and 200 million to make a film about it. Also, The Titanic was the very first ship to use the SOS signal.

Famous Panama Hats produced in Ecuador, and The official language of Brazil is Portuguese.

Did you know that Hair brush for camels is made of squirrel fur.

Bats always turn left when exiting a cave and Roosters cannot crow if they cannot extend their necks. 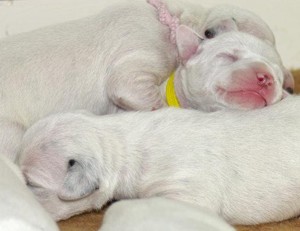 Did you know that Dalmatians are born without black spots.

Chewing gum while peeling onions will keep you from crying.

Smokers need to sleep 1 hour longer than non smokers. (Hey, don't spent extra 1/23 of your life in bed. It's good reason to give up smoking!)

The Queen of Great Britain does not have a passport, but it can move freely around the world. The official website of the British monarchy, said that, as the United Kingdom passport issued in the name of Her Majesty the Queen this document is not needed. All other members of the royal family have passports.

George Dantzig - American mathematician, a graduate student of the University, one day was late for class and decided that written on the board equation should be his homework. It struck him harder than usual, but after a few days he was able to carry it out. It turned out that he had decided two "unsolvable" problems in statistics, over which fought many scientists.

Do You Know More Interesting Facts?

The nails on our fingers to help use grip things. Our finger nails grow four times faster then our toe nails!The tongue is 20 muscles working together …

Interesting facts of life  Not rated yet
1.Do you know what the study of friction is known as? It is known as Tribology. 2.A hundred megawatt power plant releases about 8,00,000 metric tons …

Interesting Facts about Bugs Bunny Not rated yet
The person who plays Bugs Bunny in Looney Tunes (Mel Blank) is actually allergic to carrots. Bugs is a nickname meaning - "Crazy". Bugs was one …

Interesting Facts about Niagara Falls Not rated yet
Niagara Falls is constantly moving backwards! The rim is worn down about 8 meters each year because of the millions of gallons of water that move over …

Link Tip: 15 Greatest Bands Named After Real People (RIP Leonard Skinner) Not rated yet
Hi, In honor of the recent death of principal Leonard Skinner, who inspired the name or classic rock band Lynyrd Skynyrd, here are the 15 greatest, …

List of Interesting Facts  Not rated yet
Did you know that not everyone likes pancakes? Pancakes are found almost in every culture. The first pancake recipe appeared in an English cookbook …

Thanksgiving Was Changed? Not rated yet
In 1939 President Roosevelt changed the date of Thanksgiving? By moving the holiday a week earlier, he hoped to lengthen the Christmas shopping season …