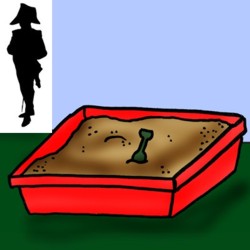 Here you can find great list of funny facts about different topics. Feel free to add your own facts to this page.

Napoleon Bonaparte constructed most of his battle plans in a sandbox.

Diring one period of extreme political instability in Mexico, 3 men were president in one day!

Eskimos complained of a heatwave when the temperature in the Arctic about 19 degreese Centigrate. Do you think their igloos start melting?

More than 40,000 people in the United States get injured in toilet each year. Surprised? It's because the average person spends three years of his/her life on a toilet.

Approximately 22% of all photocopier faults in the world caused by stupid people sitting on them and photocopying their butts.

Did you know that Cockroaches can live for more that one week without head. They die due to starvation.

In Cleveland (Ohio, United States of America) it is illegal to kill mice without a hunting license.

Did you know that over 80% of all pictures on the internet are of naked human body? 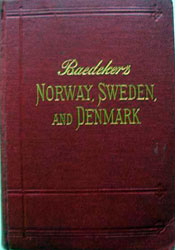 Having received the order of Hitler in 1940, the General Falkenhorst developing a plan of occupation of Denmark and Norway, using the tourist guide "Baedeker" because he did not have the right map.

When the heir to the British Crown, Prince Charles, studied at Cambridge, with him on all the classes went bodyguard. Cambridge system of education has allowed the bodyguard to participate in discussion and debate. And at the end of training teachers asked him to pass exams. As a result, the bodyguard scored more points than the Prince and also received a diploma.

Go Back From Funny Facts to Homepage

Do You Know More Funny Facts?

Stupid Facts! Not rated yet
Alfred Hitchcock didn't have a bellybutton. A pack-a-day smoker will lose approximately 2 teeth every 10 yrs. People do not get sick from cold weather; …

Sony sells x-ray cameras. Not rated yet
In 1998 Sony sold over 170,000 cam-corders that had the ability to see through people clothing. (the reason this was, for those of you who aren't …

99 stupid facts Not rated yet
1.A paper cannot be folded more than 9 times. 2. More calories are wasted by sleeping than sitting and watching tv. 3. The first object with a number …

Some funny facts Not rated yet
In Alaska, it is illegal to push a moose out of a moving plane.