American History Fun Facts. This article will allow you to get acquainted with the most interesting facts about the United States. Each following fact will allow to "replenish" the reserves of erudition.

The US flag changes every time new states join the state - new stars are added. The last time the flag was changed in the late 1950s, when the status of states was granted to Hawaii and Alaska. In the name of the president came more than 1500 variants of the location of the stars, and adopted as a result of the version of the 18-year-old Robert Heft. Although the teacher at the school to which he first passed the project, put 4 for work with a minus, and jokingly promised to reconsider the assessment if the US Congress approves his project. So it happened - and the teacher had to change the rating to 5. American History Fun Facts... 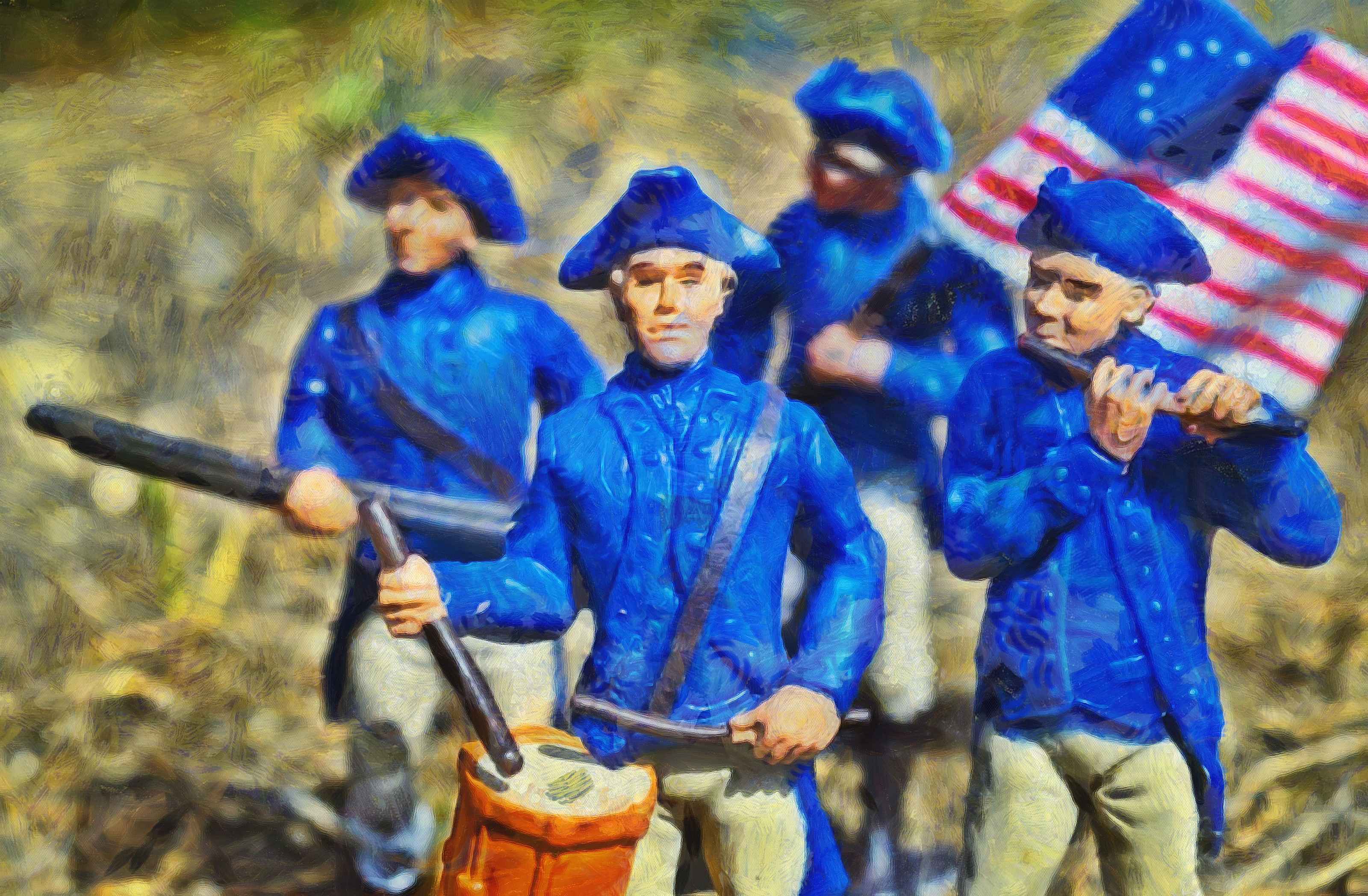 The unofficial "nickname" of the USA is Colombia. This name was given to the country in honor of the discoverer Christopher Columbus, the first European to visit America. The official name of the country is the United States of America first appeared in the declaration of independence. At the very beginning of its history, the United States of America consisted of 13 colonies, who declared their independence from Great Britain. This was July 4, 1776. 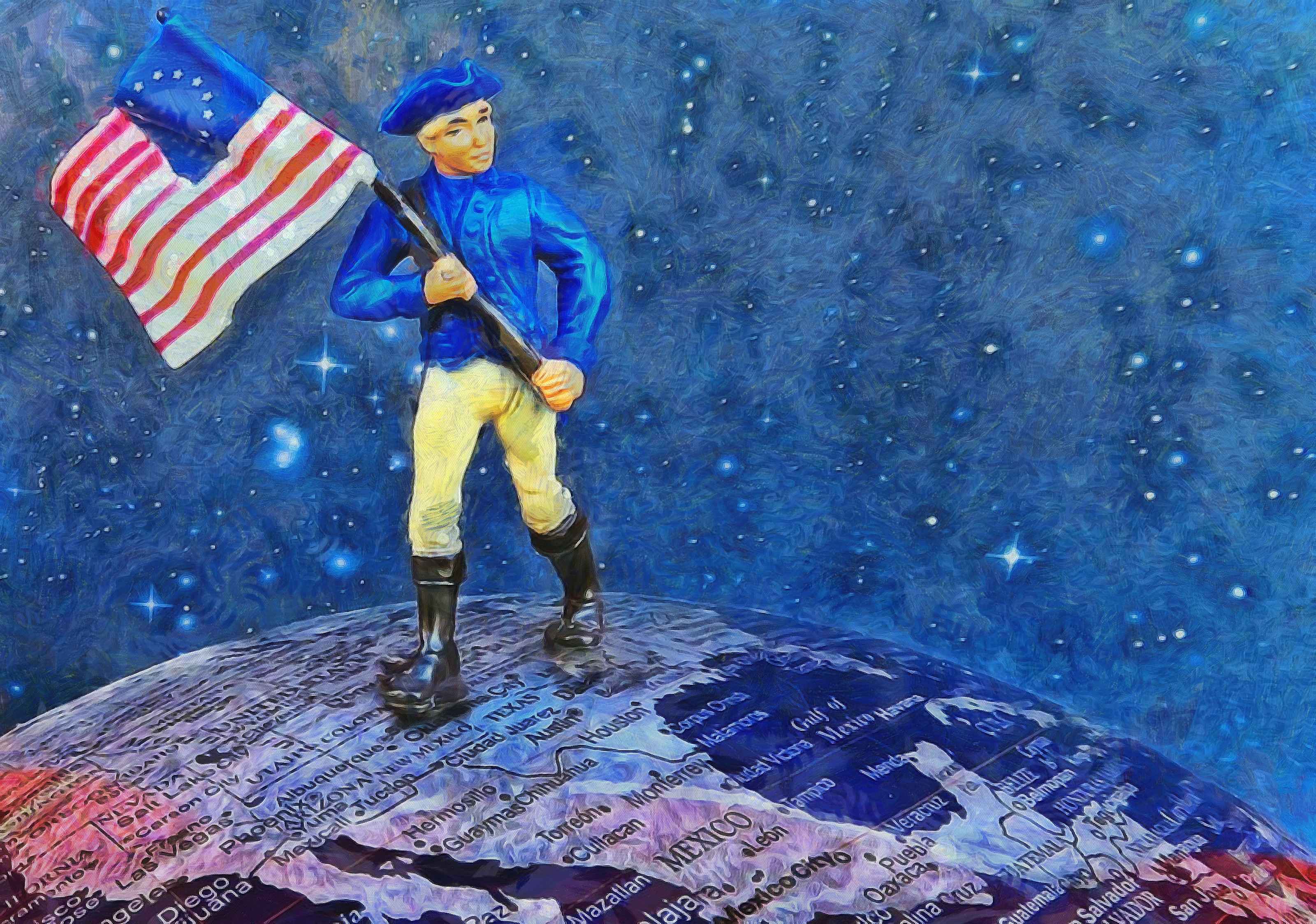 Despite the fact that English is the most common language in the United States of America, it is not a state language. Moreover, the official language is not officially established in the US. The national flower of the USA is a rose. More American History Fun Facts will follow... 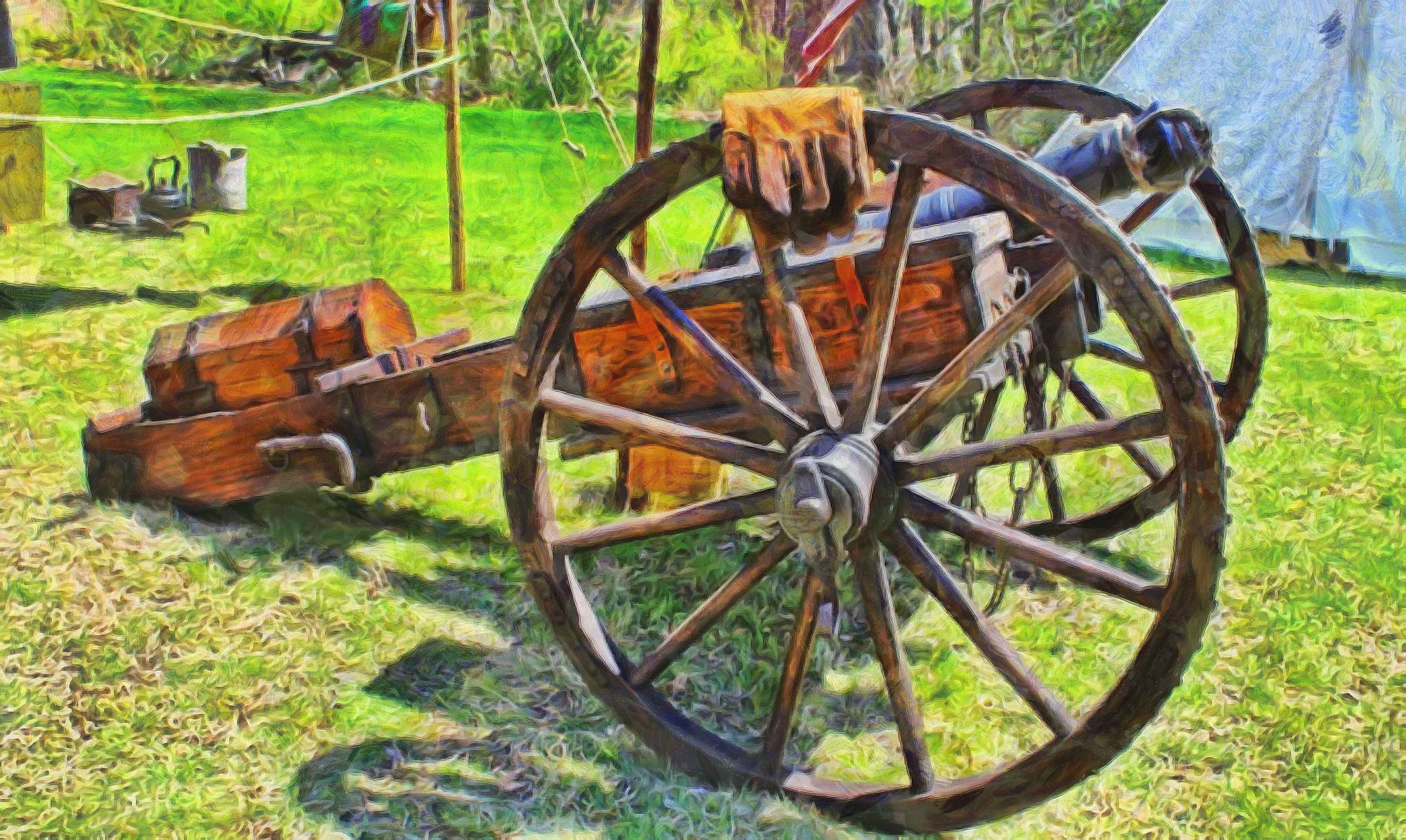 In the original text of the US Constitution there are a few typos. The most famous of them is the writing of the name of Pennsylvania (Pennsylvania) in the list of delegates who signed the Constitution, with one "n" - "Pensylvania". In addition, in the Constitution, some words are written according to the rules of British English, which differ from the American one; By that time the American spelling rule had not yet been worked out. 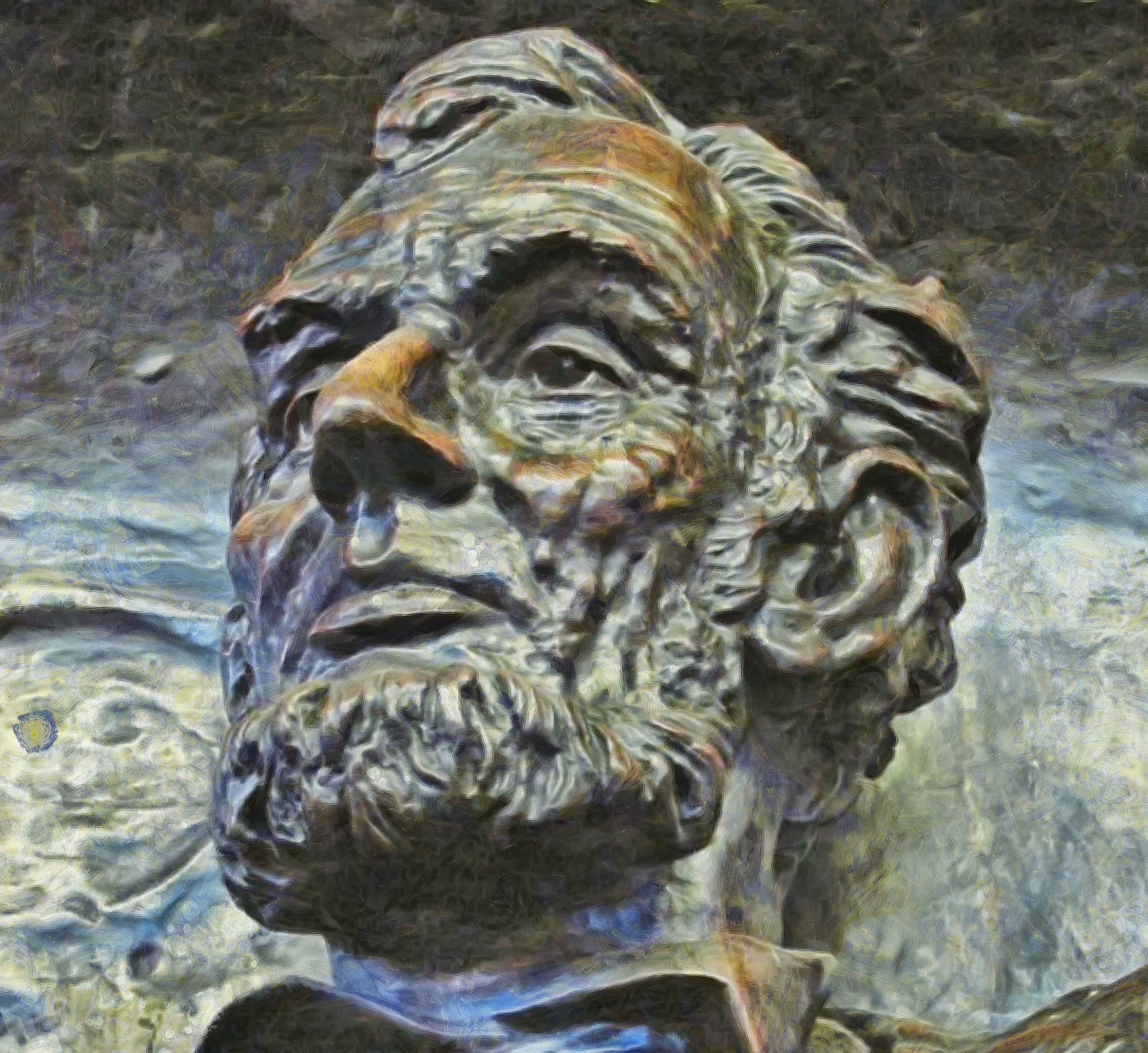 1607 - Founding of Jamestown, the first permanent English settlement on the territory of the modern United States.

1617 - The outbreak of a smallpox epidemic introduced by Europeans.
In two years, the disease killed about 90% of the Indians who lived in the Bay of Massachusetts. The fact that the colonists managed to relatively easily capture lands in the New World was associated with the mass death of the indigenous population from infectious diseases, against which the Indians did not have immunity. More American History Fun Facts will follow... 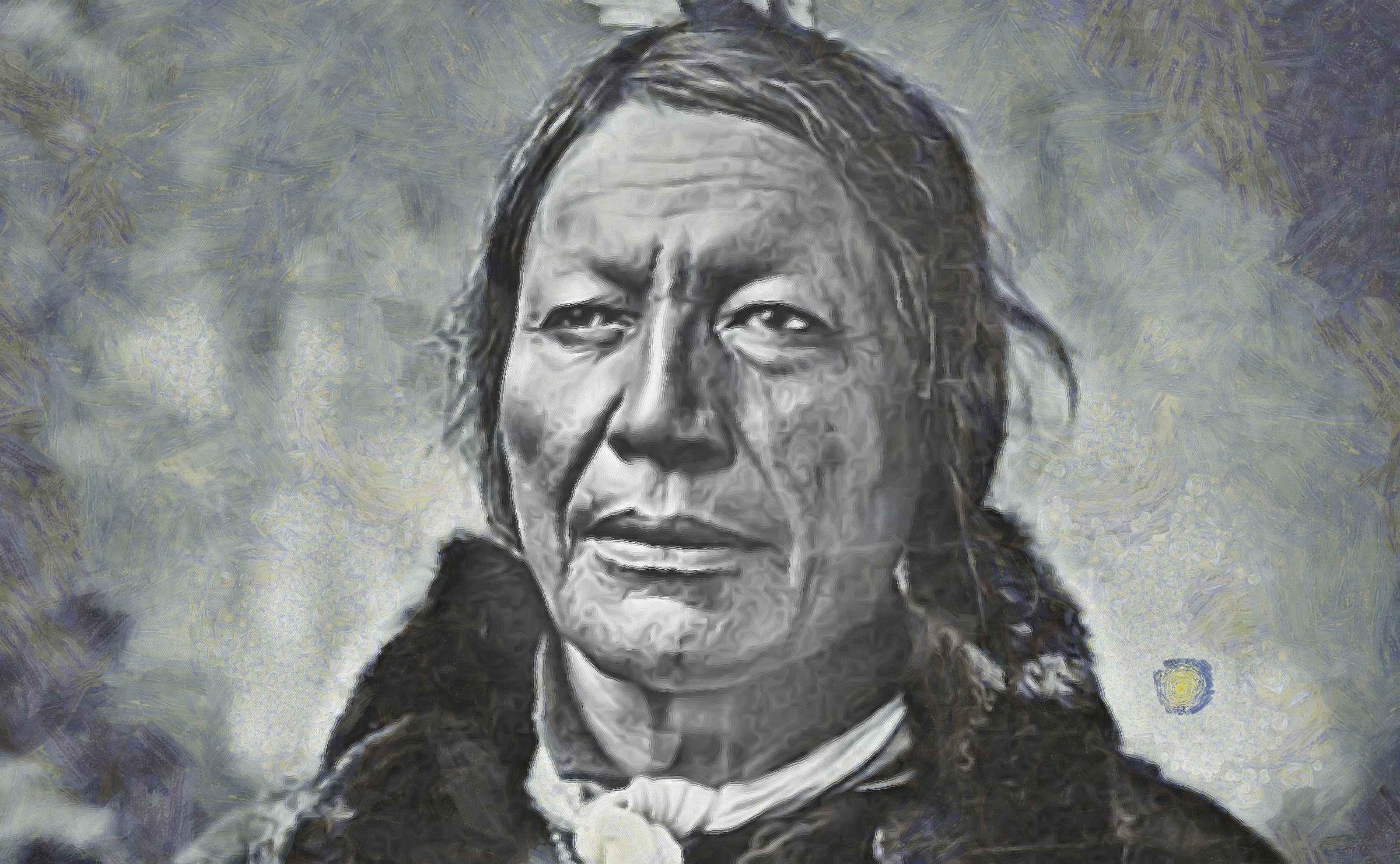 1619 - The first black slaves were brought to Virginia. In the history of the United States, the slave-owning era began.

1675 - The beginning of the so-called War of King Philip - between white colonists and Indians."King Philip" - this is the nickname of the Indian leader, who decided once and for all to expel the aliens from America. By the number of casualties per capita, this was the bloodiest war in the history of the United States - every fifth man was killed - a white migrant, fit for military service, and some Indian tribes were completely destroyed. 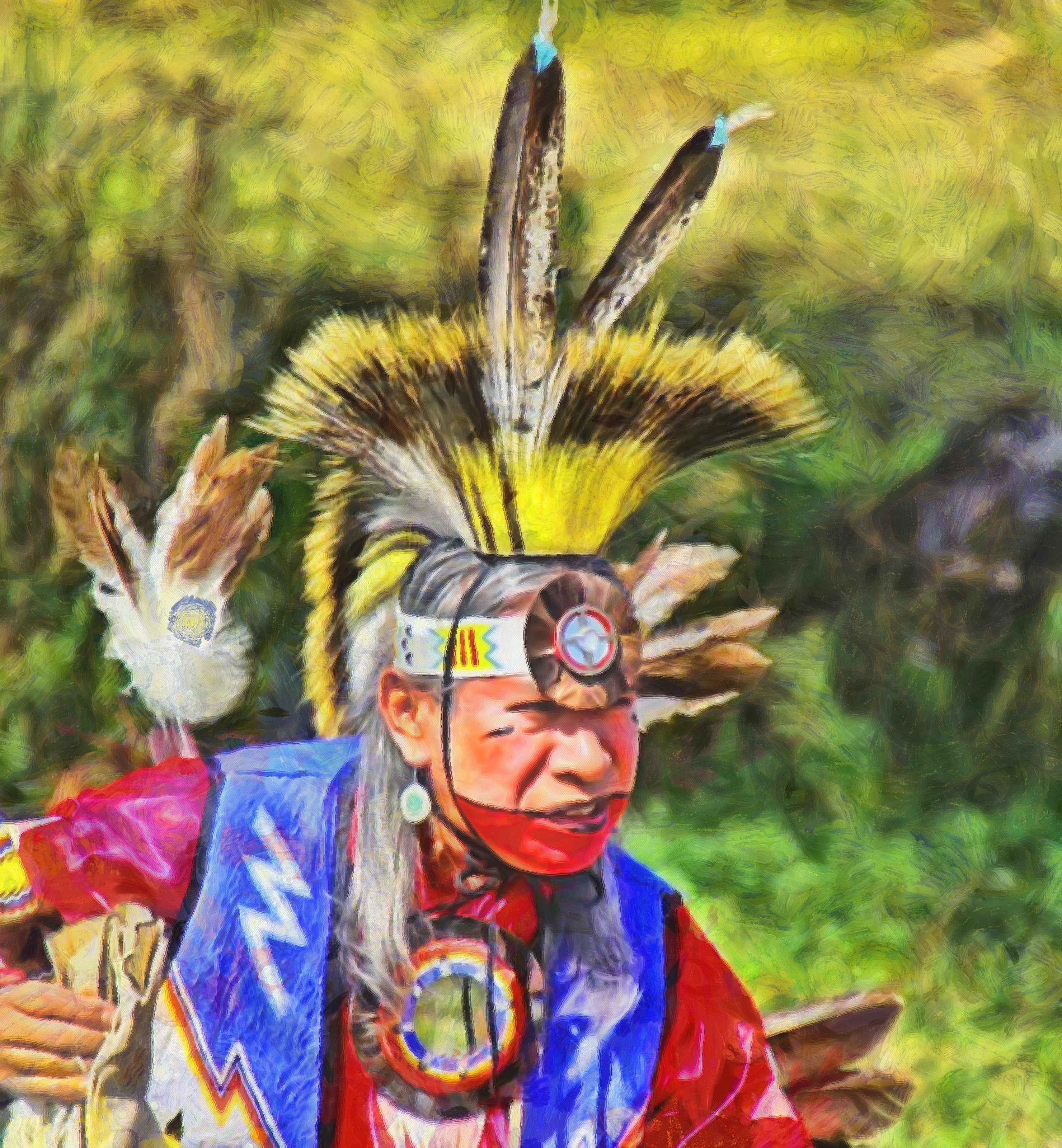 1773 . "Boston Tea Party". In response to the illegal and unjust actions of the British government, the colonists threw into the sea 45 tons of tea owned by the influential British East India Company. The result was an acute political crisis in relations between London and the New World, which subsequently resulted in the separation of North American colonies from England. 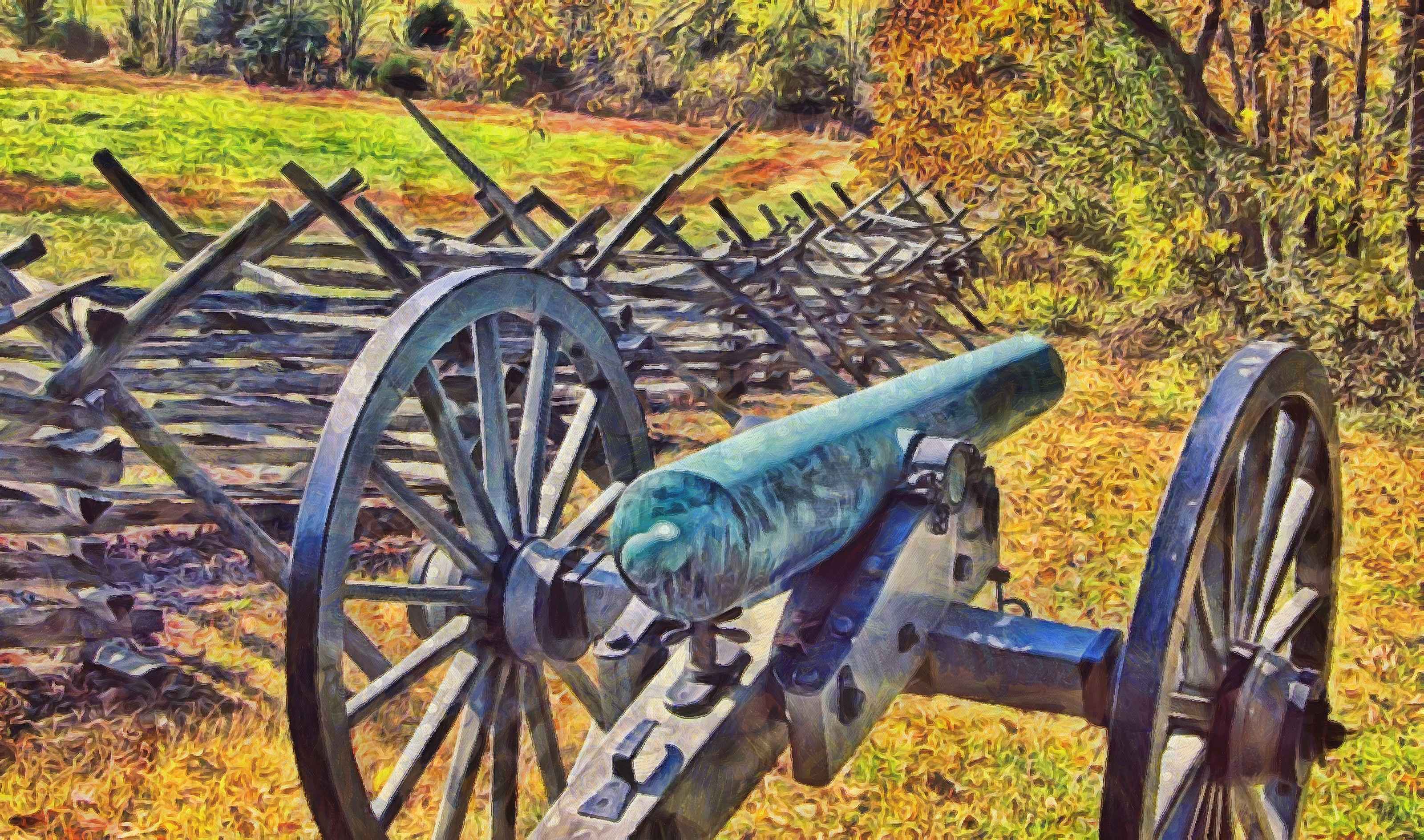 1775 - The beginning of the war for US independence.
1776 - Thirteen colonies proclaimed independence from the English crown.

1777 - The Battle of Saratoga.
The American militia for the first time managed to win a major victory over the British army. As a result, France began to provide colonists with financial and military assistance, without which the American Revolution would hardly have been crowned with success. More American History Fun Facts will follow... 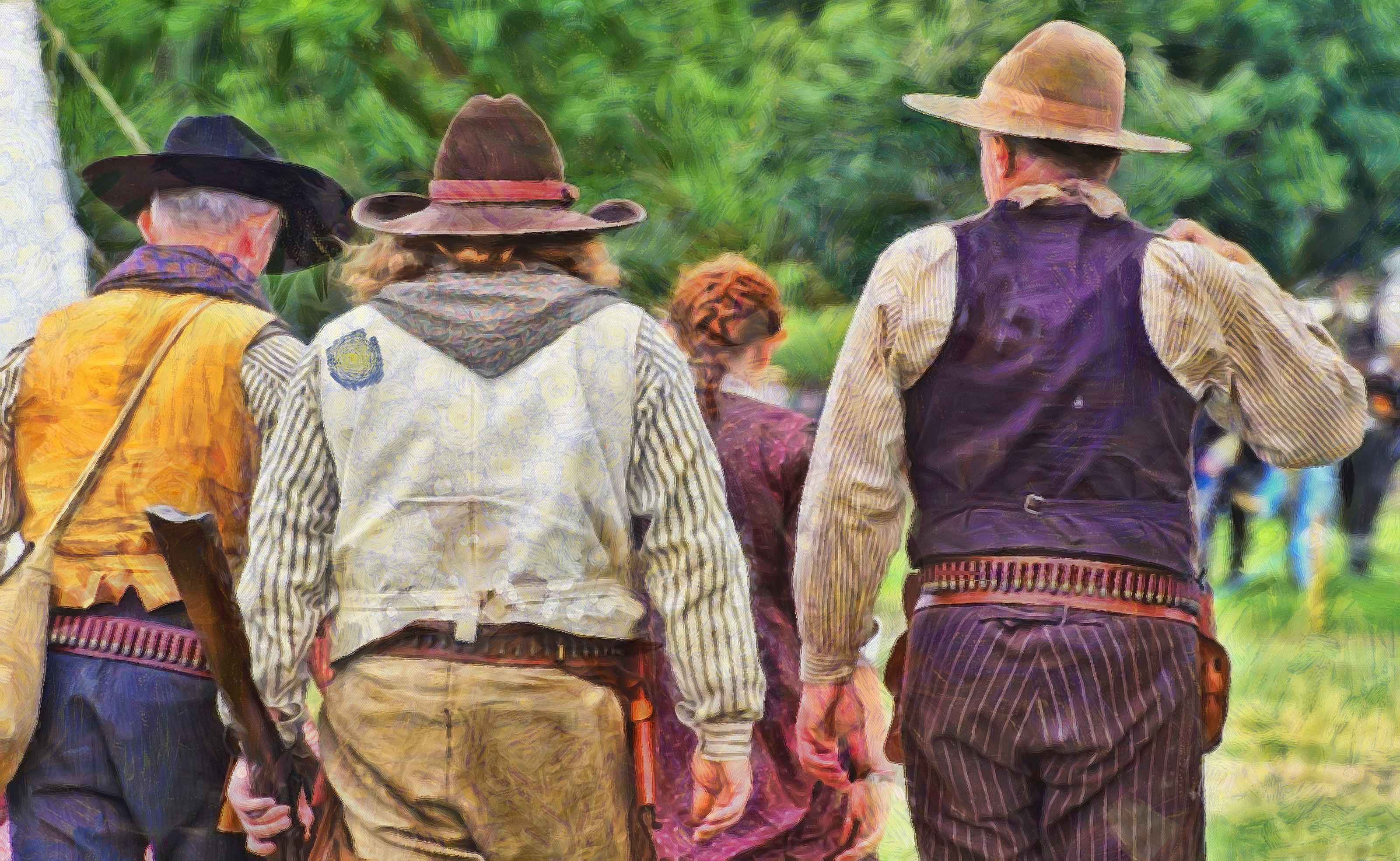 Until 1803, a quarter of the territory of the United States belonged to France. During the presidency of Thomas Jefferson in 1803, the United States bought a huge territory in Louisiana for a pittance (for 3 cents per acre) between the Mississippi River in the east and the Rocky Mountains in the west. 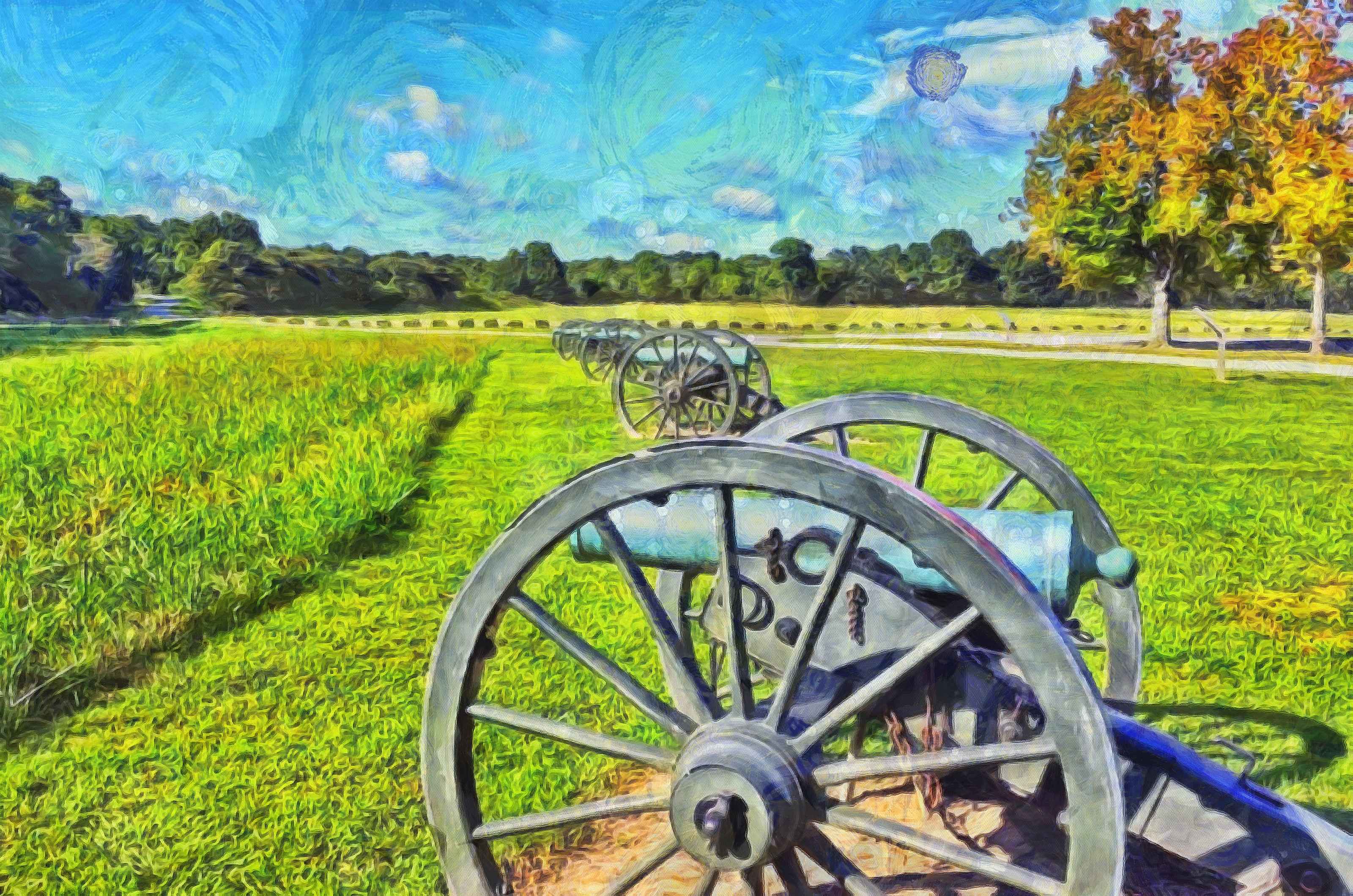 The territories that have now retreated in favor of the United States under the 1803 treaty are currently occupied by modern states:

• The southern part of Minnesota,

• Most of North Dakota,

• the north-eastern part of the state of New Mexico,

• The northern part of Texas,

• eastern half of Colorado,

• part of the state of Louisiana (on both sides of the Mississippi River), including the city of New Orleans. 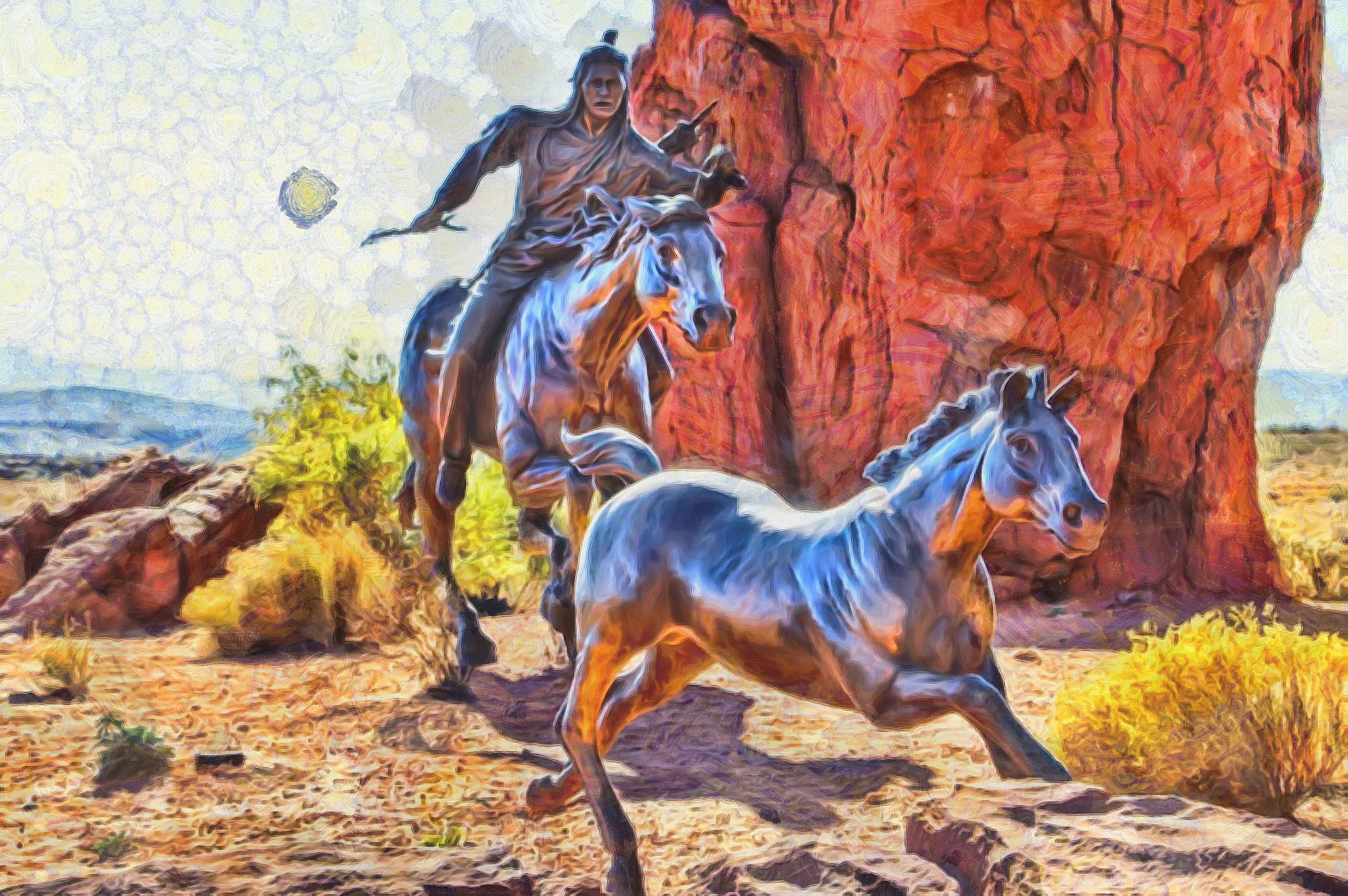 1846 - The beginning of the American-Mexican war, which resulted in the annexation of California, New Mexico, Arizona and other territories to the USA in the south and south-west. Mexico received a compensation of $ 18.25 million.

Over 6 different flags flown over Texas at different times: the French Fleur-de-Lee, the Spanish, the Mexican, the flag of the Republic of Texas, the flag of the Confederate States of America, and finally the United States. More American History Fun Facts will follow... 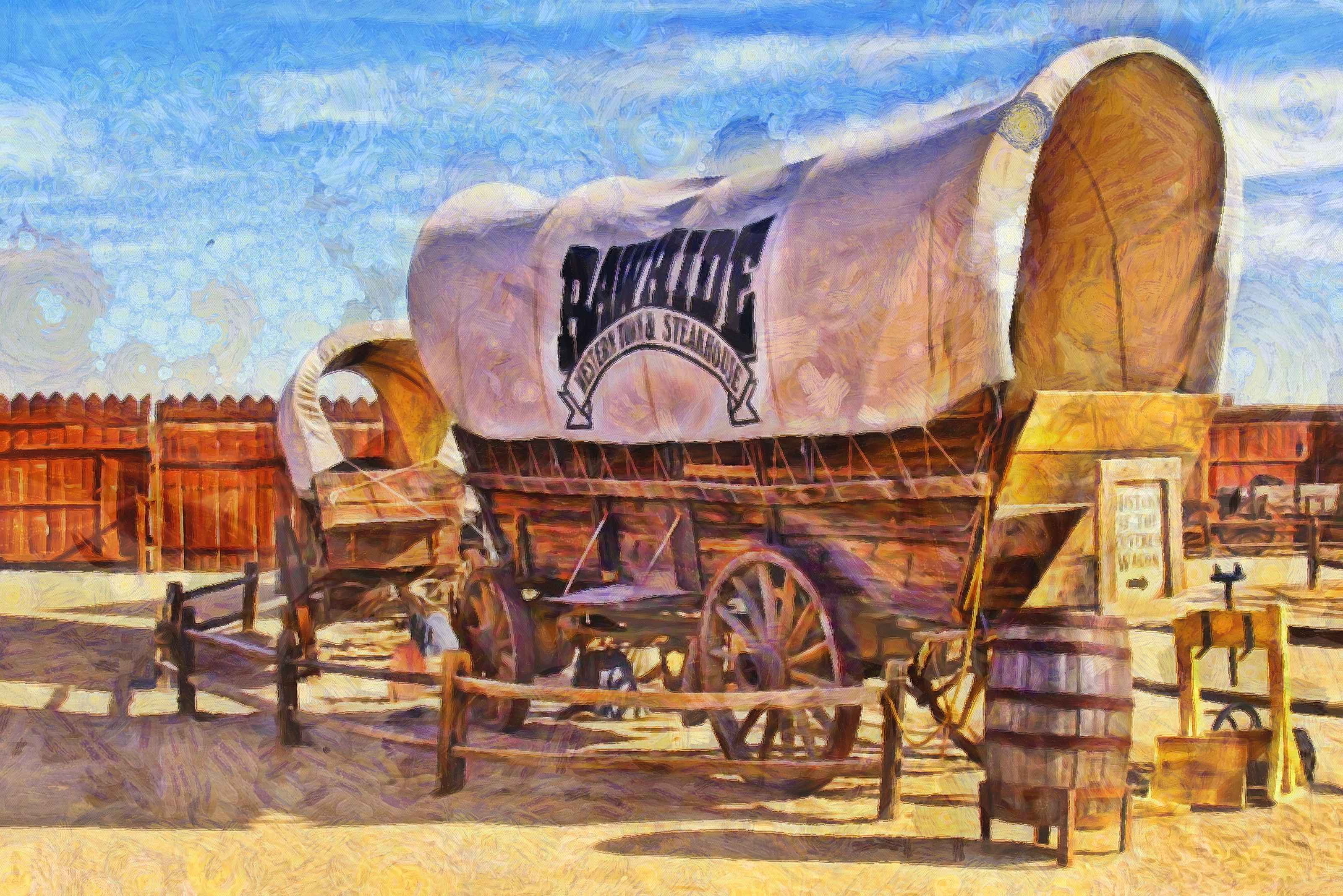 1848 - Gold Rush in California. As a result, about 300 thousand people migrated to the state. The village of San Francisco turned into a major city at that time. Roads, churches, schools and other infrastructure were built. At the same time over the years of the Gold Rush, about 100,000 indigenous inhabitants of California died (mostly from imported diseases).

In San Francisco, the largest outside of China, the Chinese community in the world - over one hundred thousand people. Many came back in the time of the gold rush, fleeing the chaos in then-China. 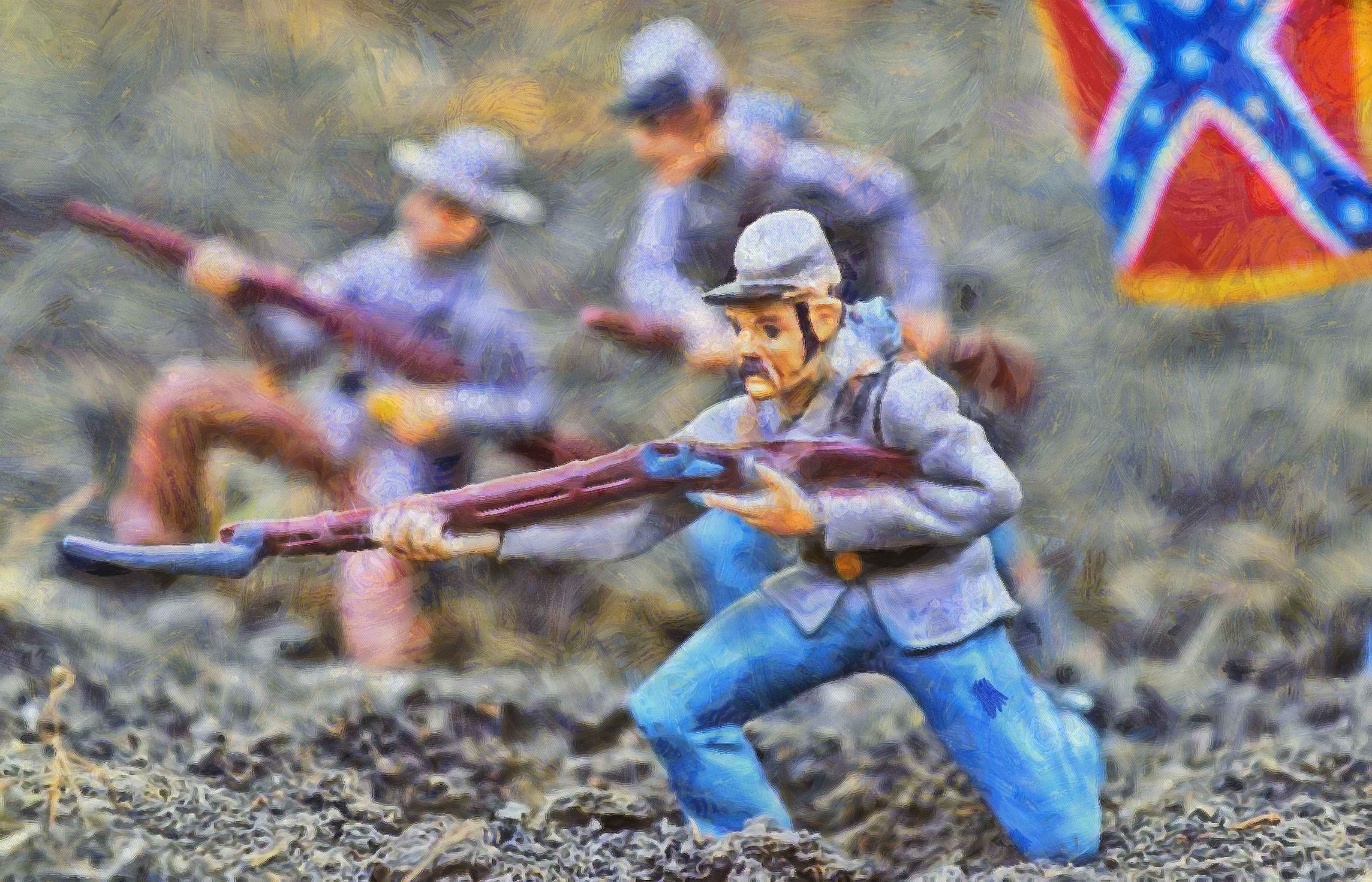 1861 - the beginning of the Civil War between the North and South.
The problem was that the slave-owning South hampered the development of the country, introduced chaos into the tax and customs policies of the federal government and was an eternal source of social tension. In addition, a great role was played by the moral aspect: many Christians considered slavery incompatible with the status of an advanced developed state, as the United States of America wanted to see itself.

By the end of the civil war in the United States, there were 40% (!) Percent of counterfeit money. All banknotes issued by the US government since 1861 are still accepted without restrictions and have a full par value. The US government has never depreciated dollars. More American History Fun Facts will follow... 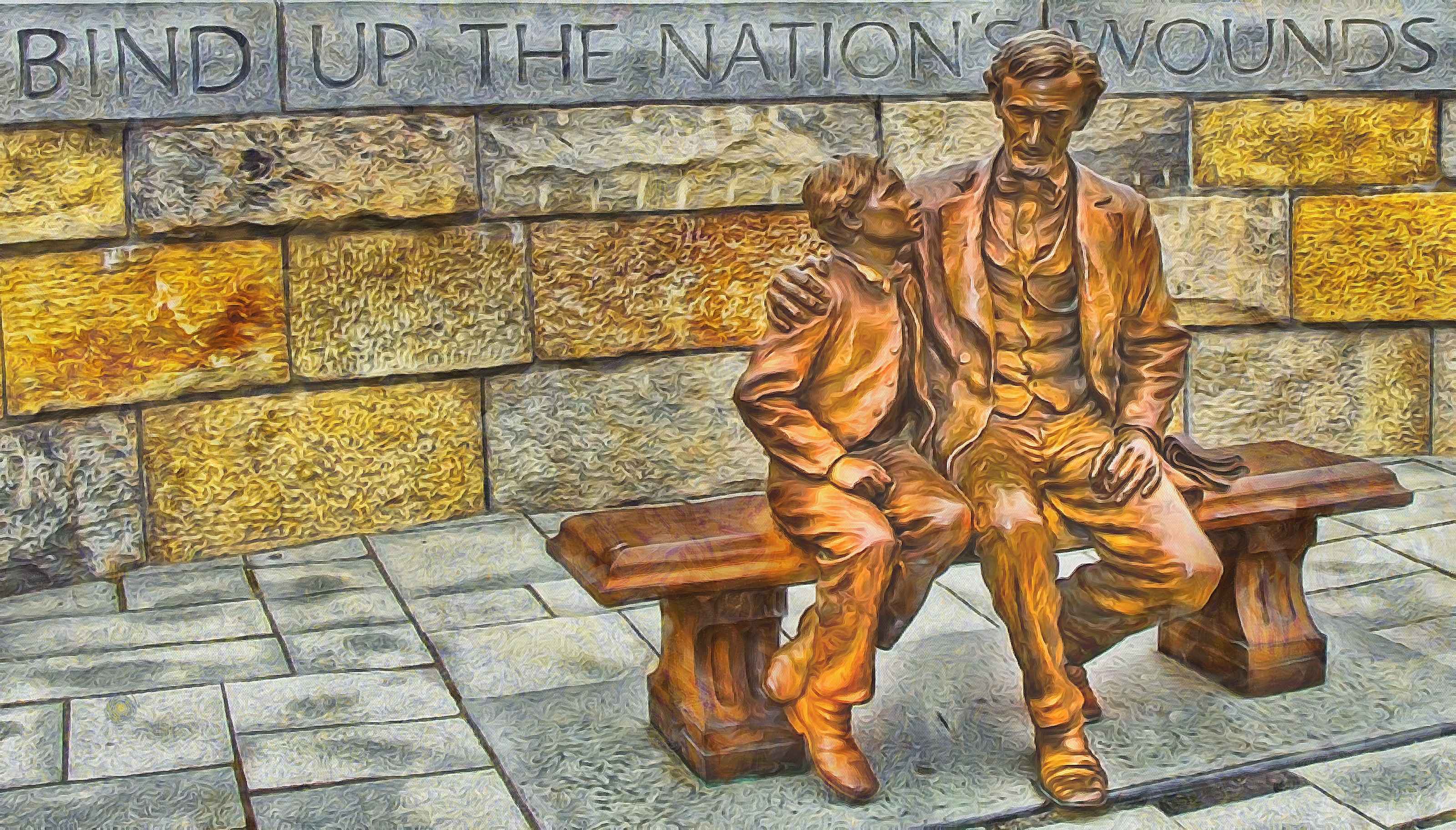 1862 - President Lincoln issued the Proclamation on the Release of Slaves.
Fully slavery was abolished in 1865 by amending the Constitution accordingly.

Until 1867, Alaska belonged to the Russian Empire. On March 30, to repay the Rothschild debt, it was sold to the United States at a price of 0.0474 dollars per hectare. Then on this territory they found huge reserves of oil and other minerals.

1898 - The Spanish-American war marked the end of the US self-isolation and their entry into world politics. The Spanish empire was finally destroyed as a superpower, and the United States received the former Spanish colonies of Puerto Rico, the Philippines and Guam. Cuba became an dependent state, and the States themselves have embarked on the path of redistribution of the colonial world. More American History Fun Facts will follow... 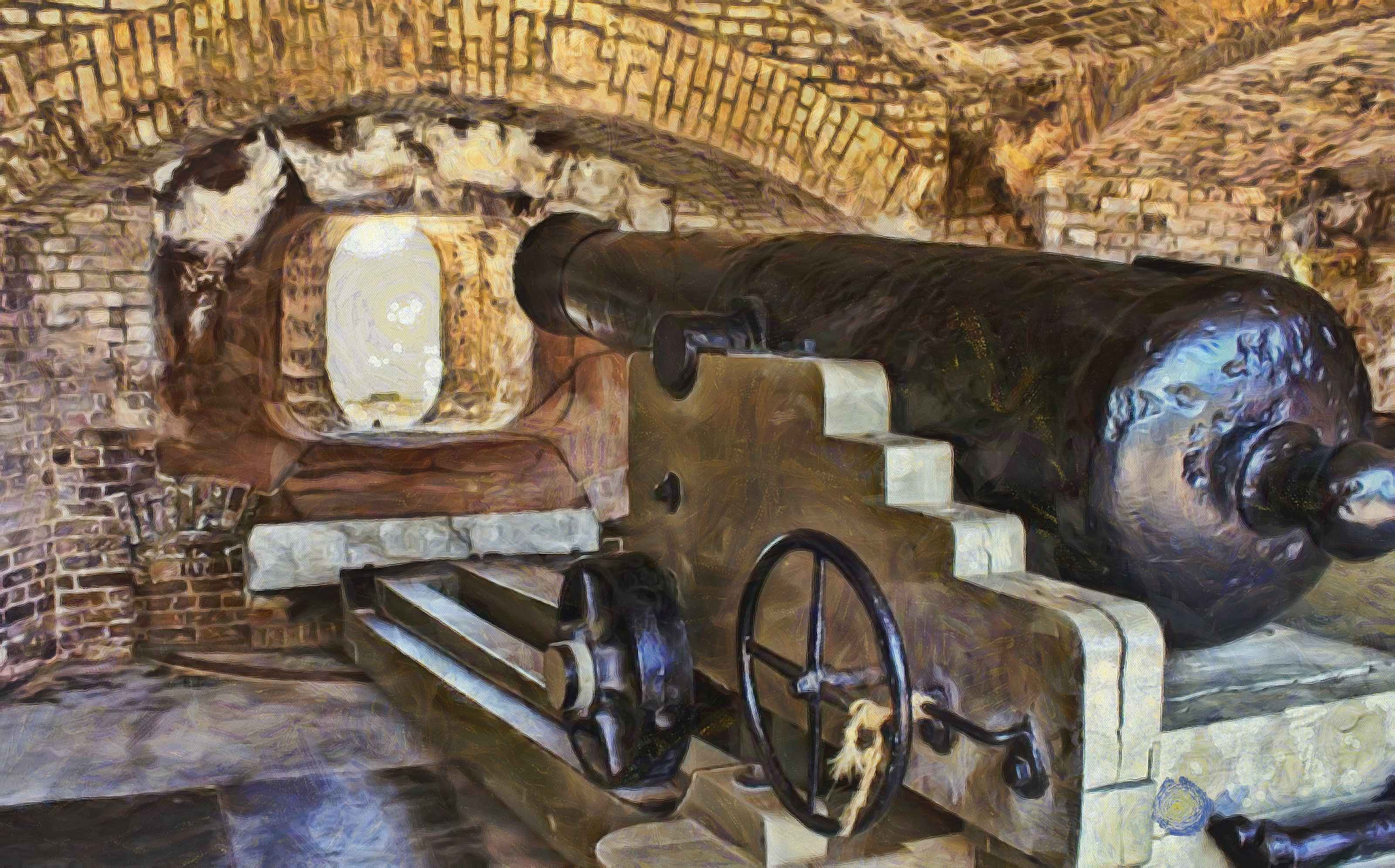 1917 - The United States enters the First World War on the side of the Entente.The reason was the attacks of German submarines on American ships following the shores of Britain, as well as America's desire to participate in the redivision of the colonial world. President Wilson appealed to Congress with a demand to start a "war against all wars." 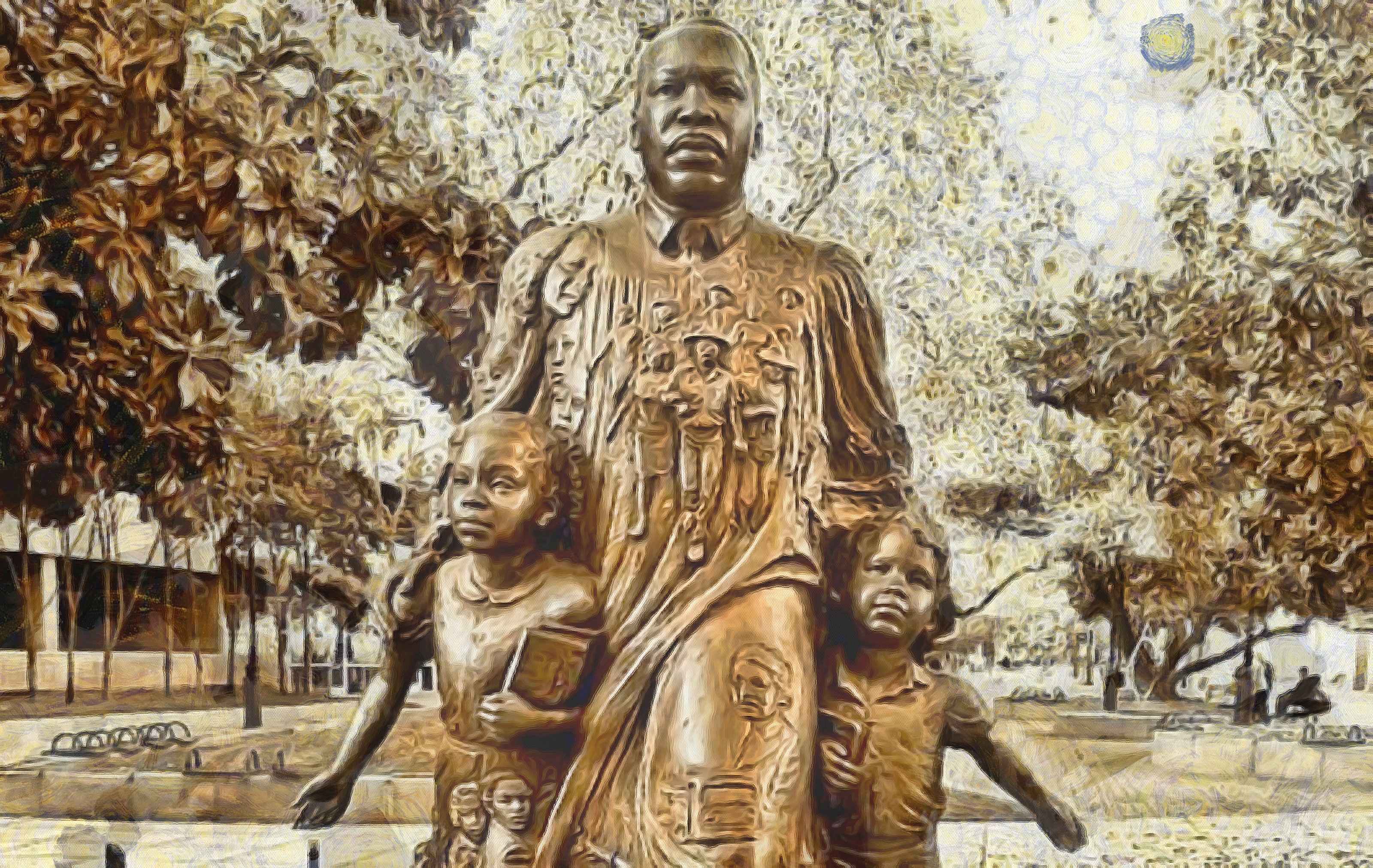 1920 - After a tense struggle for women's rights, the US Constitution introduced the 19th Amendment, which prohibits depriving a person of voting rights because of his gender. 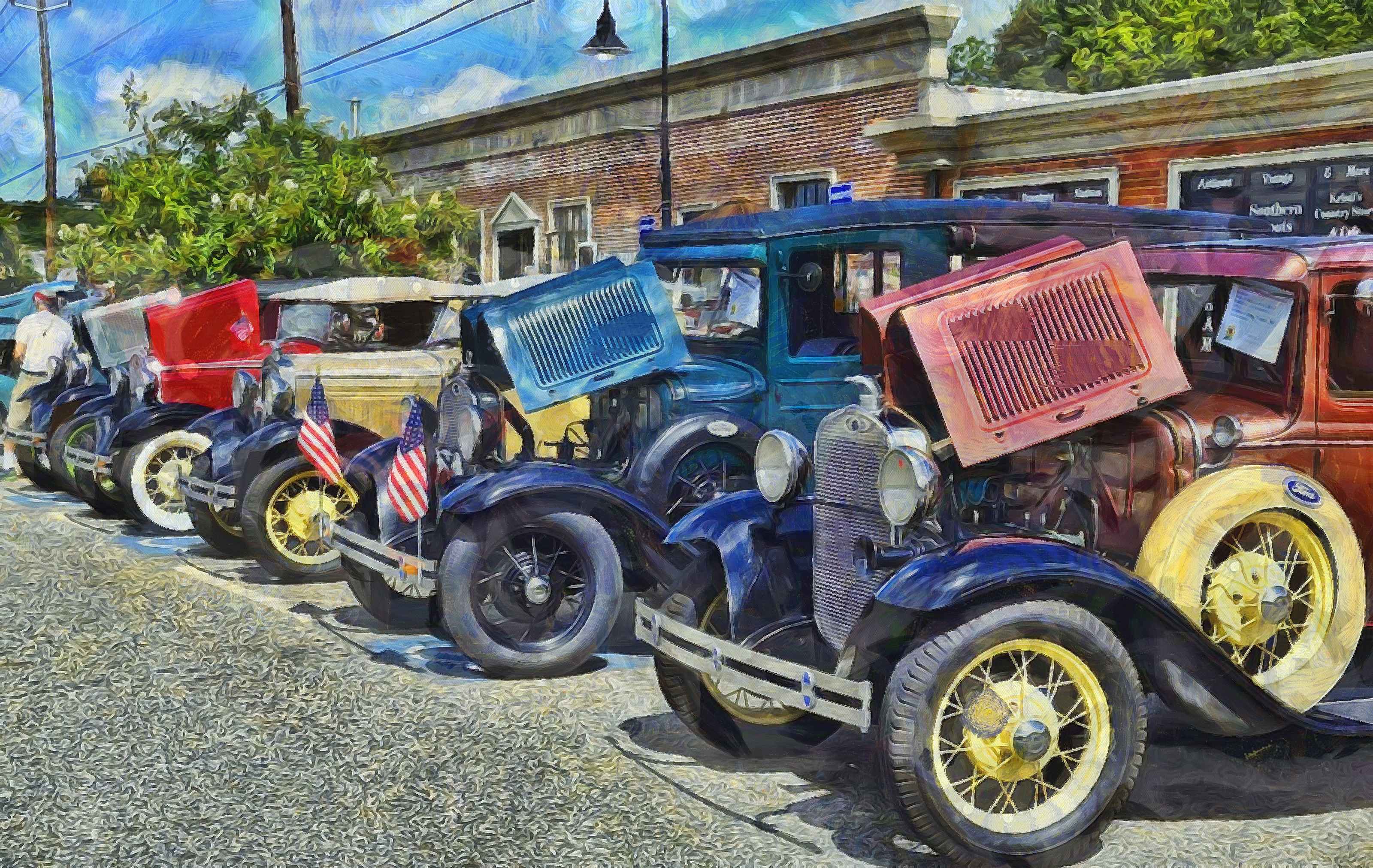 Indigenous people of the United States - the Indians, were not citizens of this country until 1924.
1929 - Beginning of the Great Depression, a sharp decline in production and mass unemployment. Until 1929, the famous and one of the oldest banks in the US - Bank of America was called Bank of Italy. 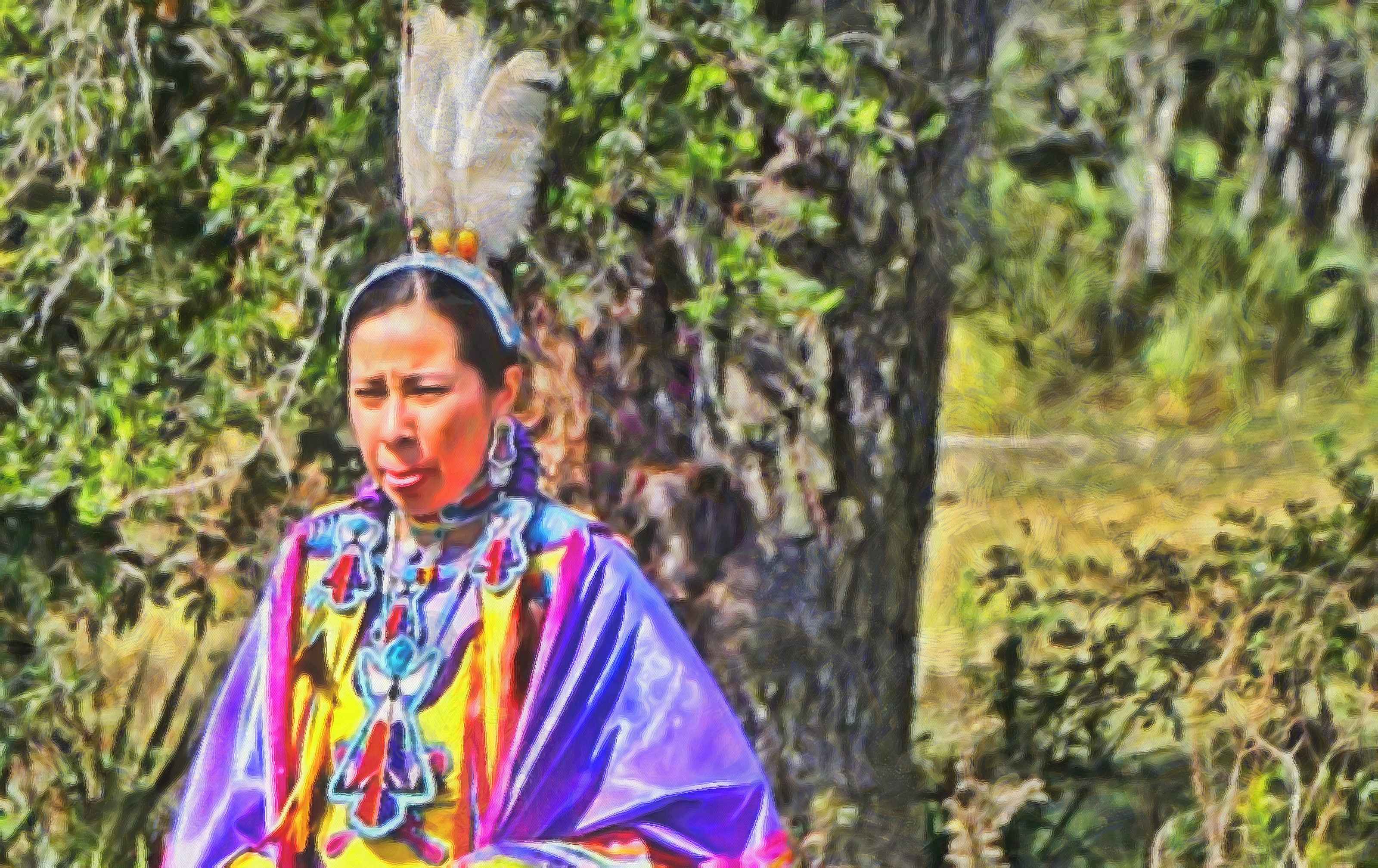 In the United States of America appeared the first nudist organization. This was in 1929. And the first members and concurrently founders of this organization were three men. 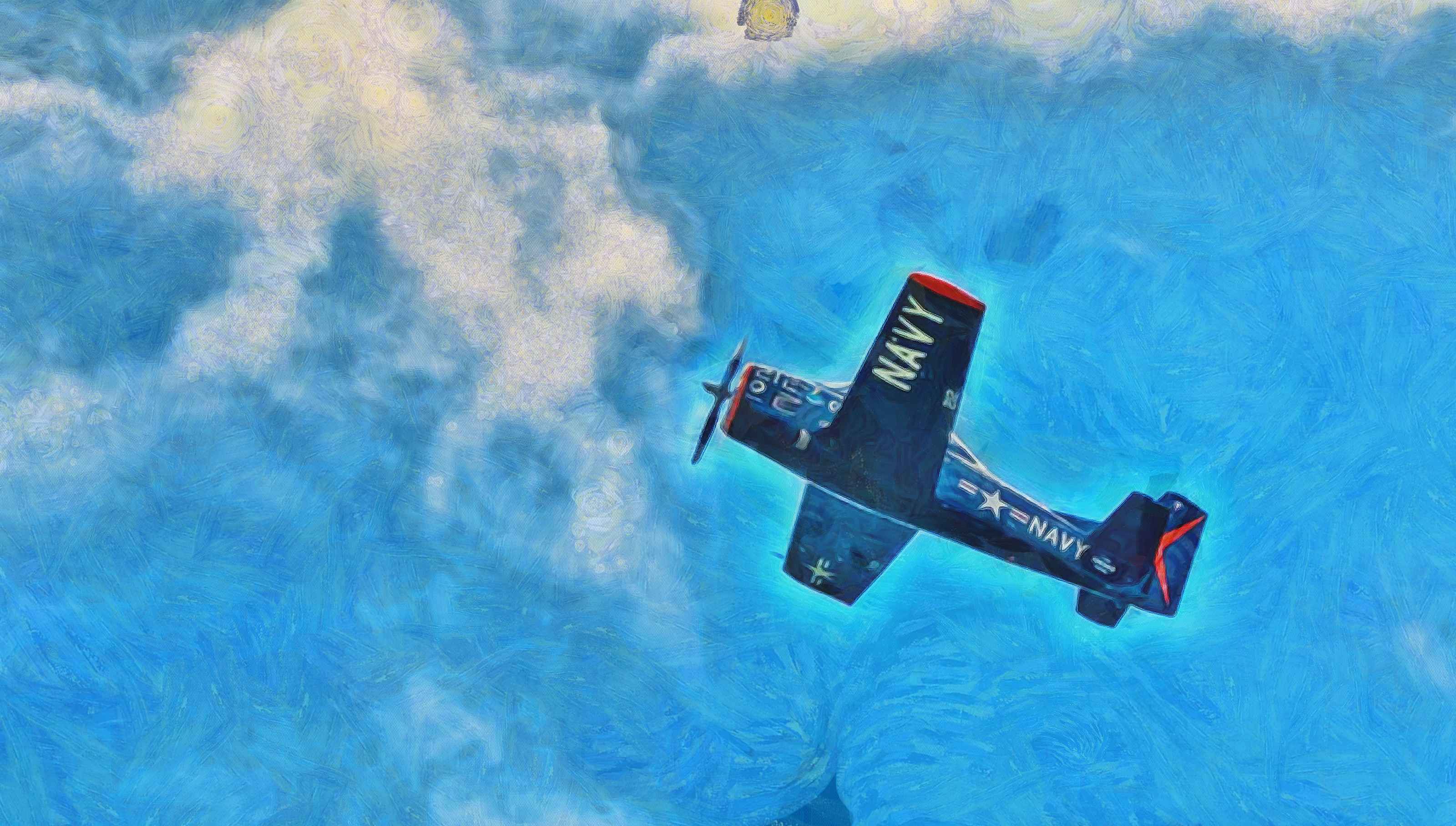 1941 - After the bombing of Pearl Harbor by Japanese aircraft, the United States enters World War II.

1945 - The atomic bombing of Hiroshima and Nagasaki and the final US acquisition of superpower status. 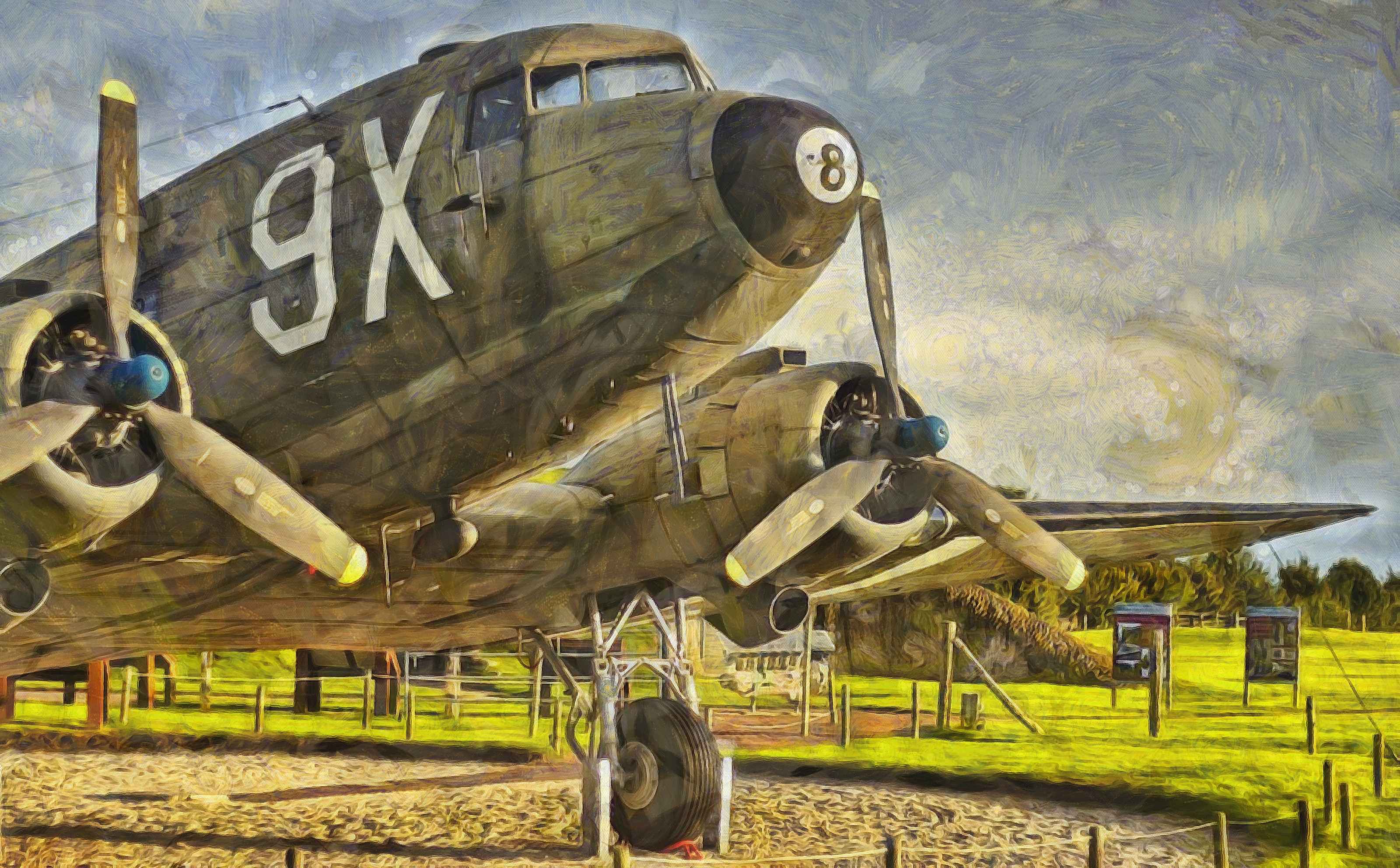 1948 - Beginning of the Cold War with the USSR and the arms race.
1969 - Americans Neil Armstrong and Edwin Aldrin make a landing on the Moon.

The Pentagon (Arlington, Virginia) has twice as many toilets than is necessary in reality. The Pentagon was built in 1940, when Virginia still had a law under which toilets for white and black were to be separate. More American History Fun Facts will follow... 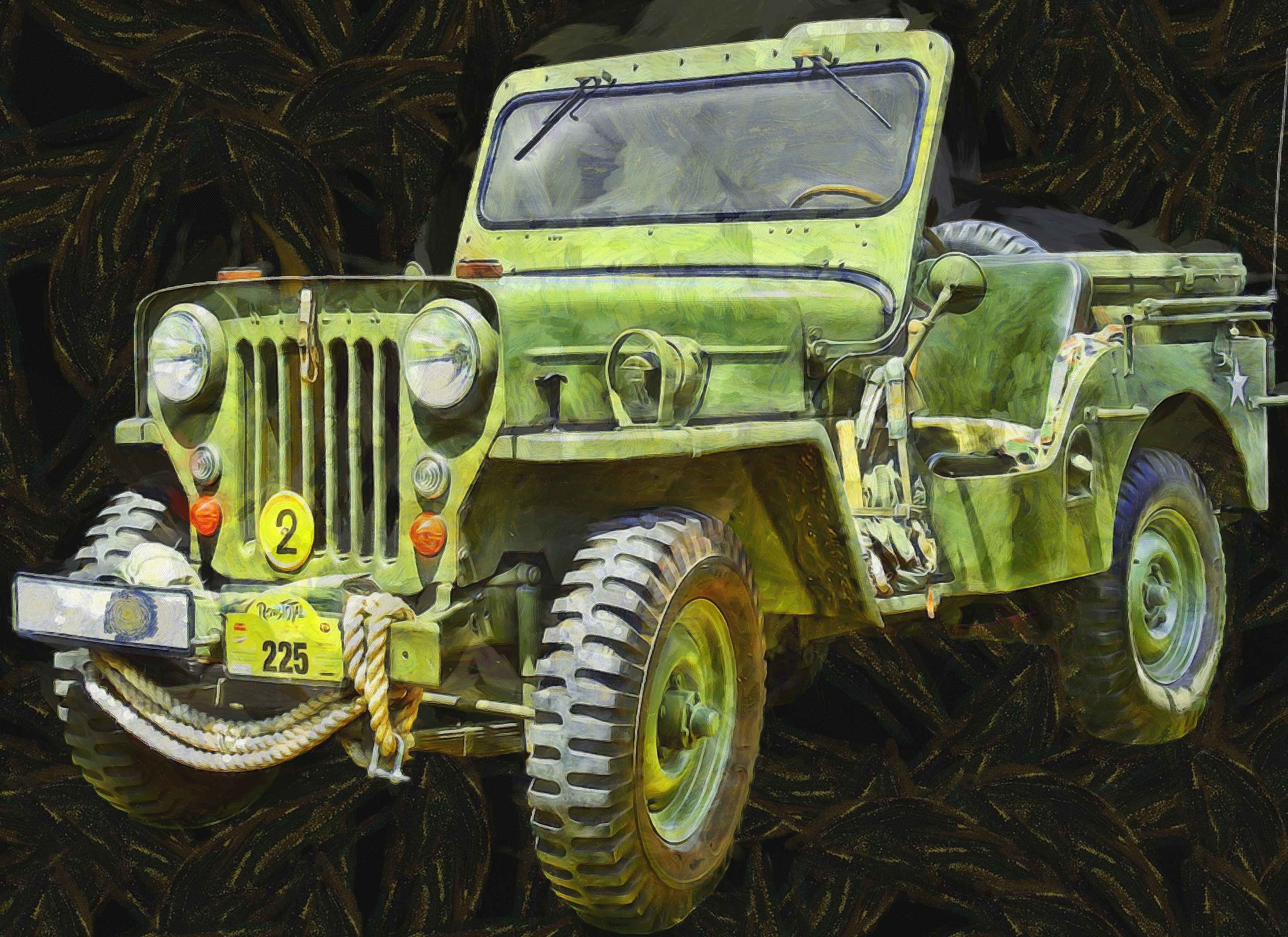 Martin Luther King at birth was called Michael. But soon his father changed his mind.
The shortest river in the world is the River D in the USA. Its length is 36 meters or 120 feet.

The city of Houston, Texas, is built on a swamp and slowly sinks. 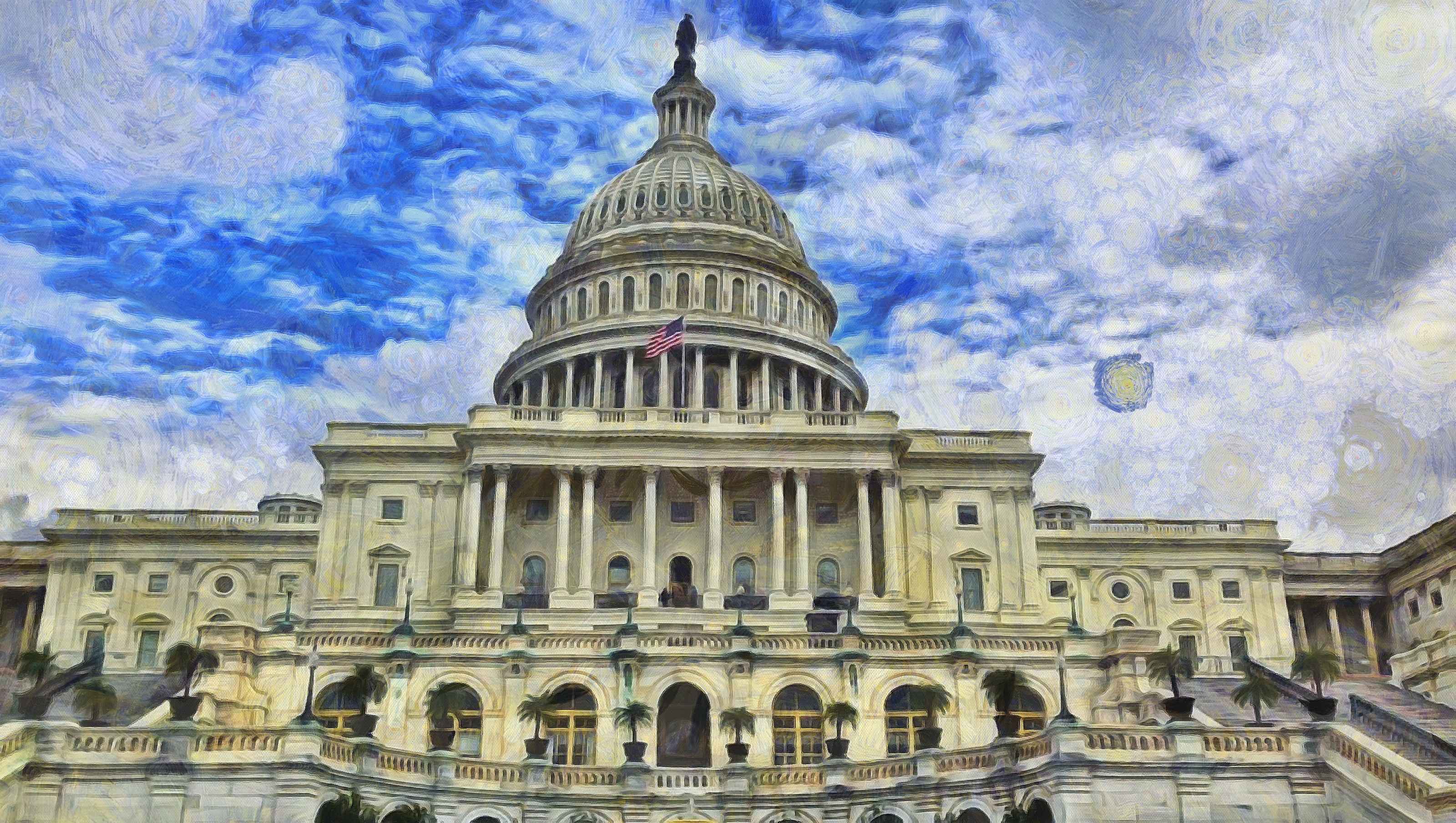 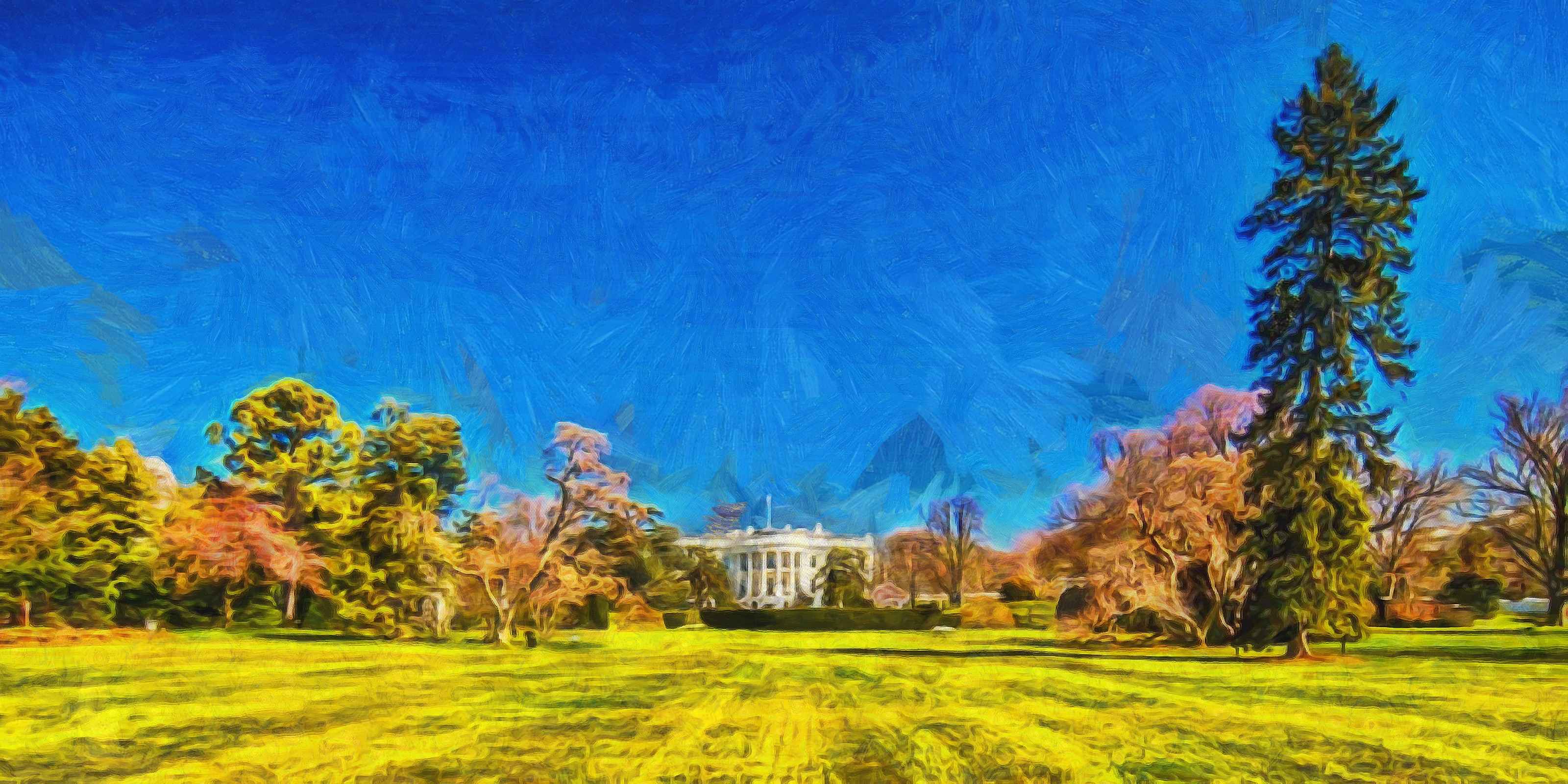 In Nebraska, you can buy a diploma of an admiral for $ 25. Absolutely real, giving the right to command all the warships. True, only in the state. For your reference: Nebraska is located in the very center of the USA, and to the nearest sea on all sides for two thousand kilometers.

One of the most famous gangsters in the United States, who turned a lot of different cases, was imprisoned for ... non-payment of taxes! It was Alphonse Capone. American history fun facts. 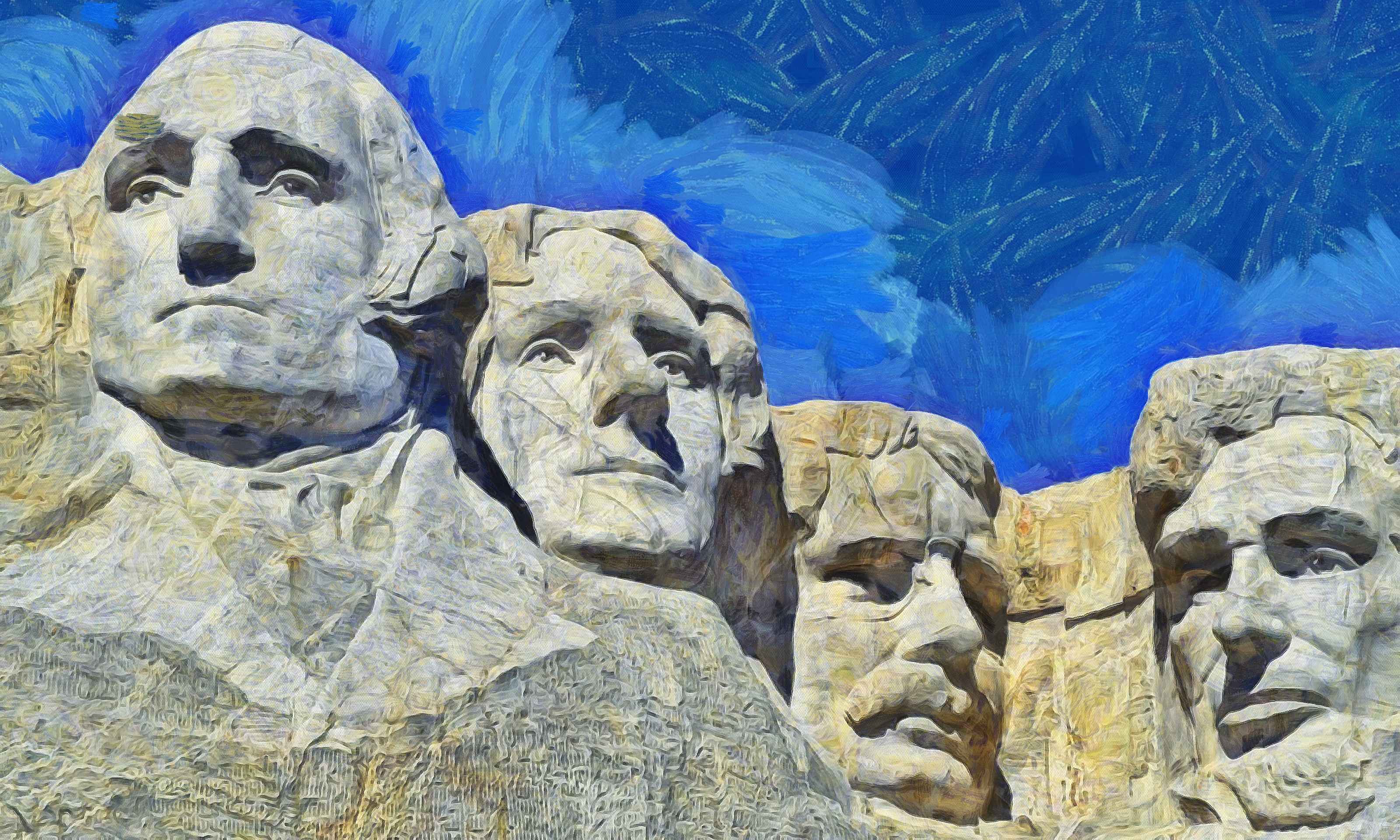 In the history of the United States, the state had 45 presidents (now the president of America is Donald Trump).