Here you can find lots of interesting facts about stamps and people who collect them...

- people who adore and collect postal stamps. They are biggest fans and most zealous buyers rarities. They from an early age are looking for and collect stamps from the most common to rare and expensive. Sometimes, a single instance of philatelists can pay a fortune. This is the most harmless hobby, besides it can be a good investment. 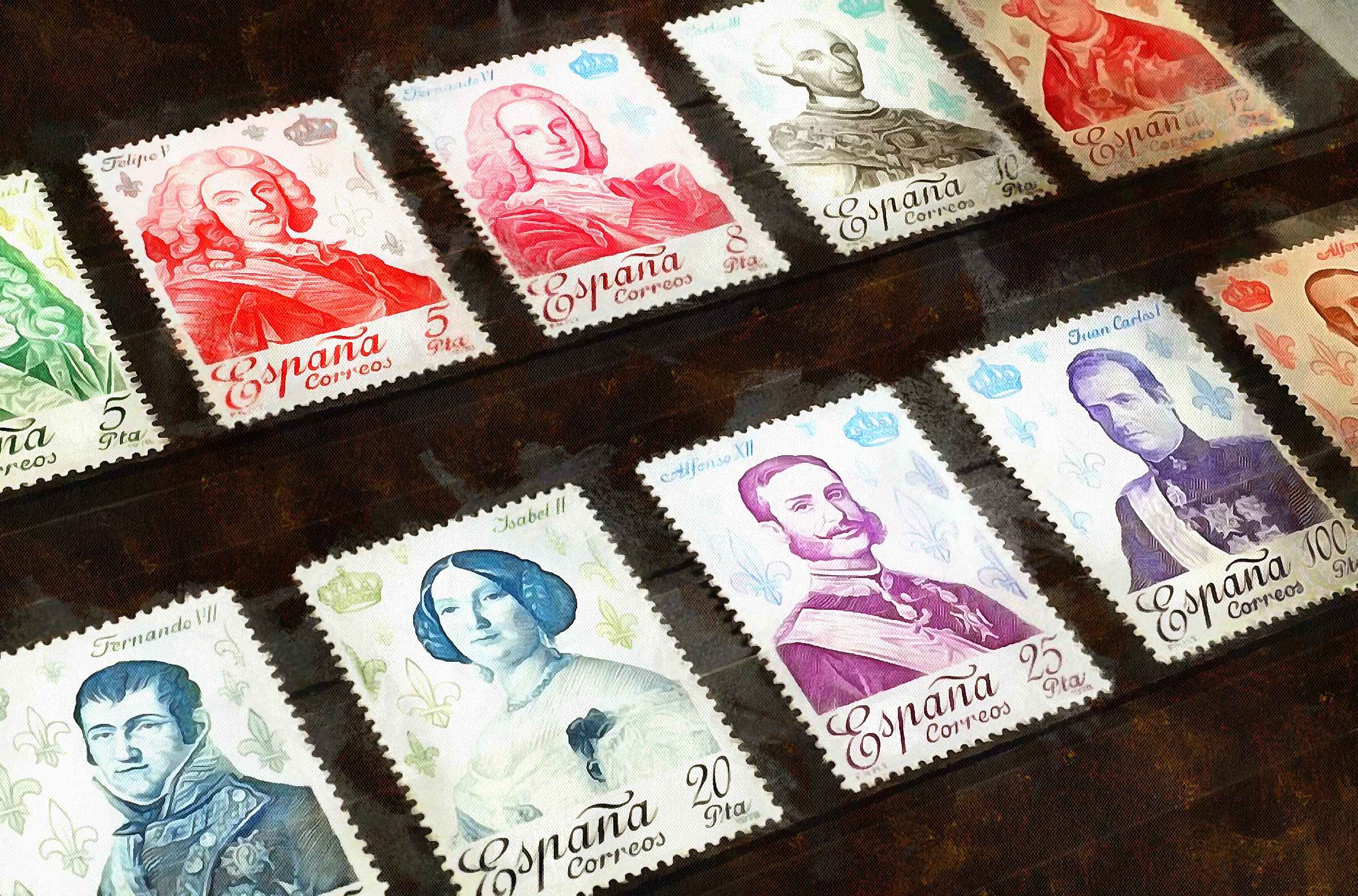 Generally, a postage stamp is a special mark, which produce postal authorities to facilitate the collection of the transmittal letter. Mark is just the fact of payment services. When collectors started buying those little pieces of paper with a ribbed edge, the brand began to produce even a single series. For example, after certain events or events that have become famous or well-known people.

Many appear in limited editions, and therefore become scarce and expensive. Therefore, stick them on an unnecessarily expensive. Presenting your attention the most expensive postage stamps in the world. Many of them are equivalent of buying an apartment or a car. Some can only be found in private collections. In addition, the price of the brand is growing every year. 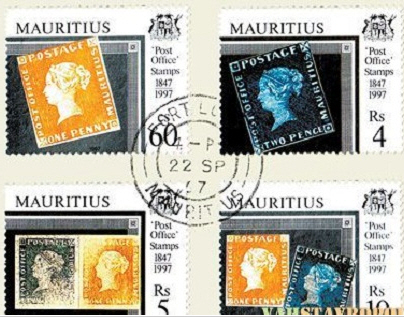 Mauritius - One of the most expensive brands - "Mauritius". It is printed on the island of Mauritius in the distant 1847. But when printing mistake was made, so the brand has become very rare.

Experts have made a mistake in the inscription. They printed the Post Office instead of  Post Paid. We only know about 28 such marriages. Today, for such a mark on the auction can fetch about $ 20 million. 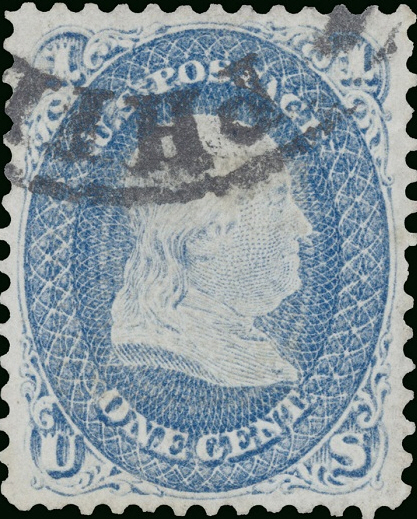 Quite rare and interesting brand. It is possible to see the US president Franklin. Such brands in the world only two pieces. One kept in the Public Library of New York, while the other lives in a private collection.

Calculate the cost of the brand is difficult because they are not sold. But conservative estimates of experts, the price can go up to $ 30 million 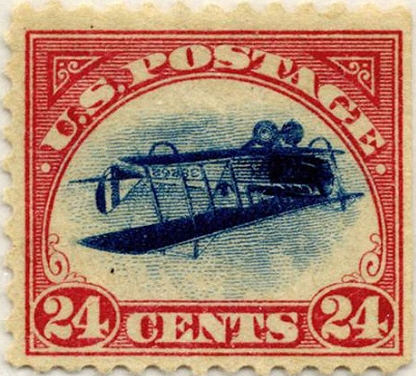 There is a block of four stamps. They airplane "Curtis Jenny" is shown. But the brand value of its errors. In the game, the airplane turned upside down, so these items are valued higher than the originals.

This is the first brand that launched in Hawaii. They appeared in 1851 and became known as "Hawaiian Missionaries". Their peculiarity is that they are poorly printed.

Due to the poor and too thin paper today they are the most expensive postage stamps in the world. It has survived only 16 copies. Each is worth a fortune - about half a million dollars. 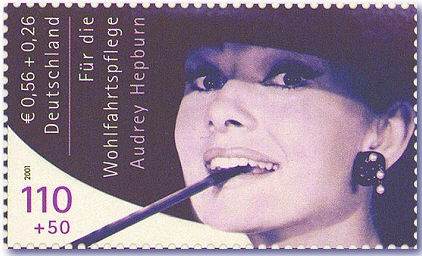 However, quite a lot of money, you can help out and modern stamps. For example, the most expensive brand is a modern semi-postal stamp Germany. It shows the actress Audrey Hepburn. She appeared in 2001, but the post-treatment has not been officially released. Only four copies is unknown how, left to the people.

The stamp features the actress appears with a cigarette in his mouth and a huge hat. Denomination - 1.10 plus 0.50 marks. This brand was to be released in 2001 in the series, which was devoted to the actors: Marilyn Monroe, Charlie Chaplin, Jean Gabenu, Greta Garbo, Ingrid Bergman. Additional fee was in favor of the flood victims. Marks with Audrey Hepburn was 14 million. But the mark withdrew, as the son of the actress took the publishing rights. He had not liked the fact that the mother was having a cigarette. Circulation destroyed, except for 30 copies. They went to museums and archives. They cost about 94 thousand dollars. This is the most expensive modern stamp. 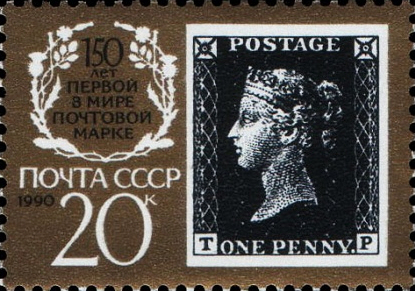 Penny Black or "Penny Black" - the first official stamp, on the back side which caused glue. She was released in 1840.

She has made a real revolution in the world of postage stamps. Brand is not so rare, but is still decent - $ 2 million. 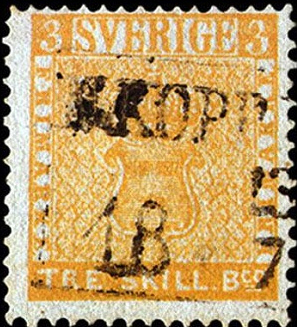 Almost the most expensive brand in the world. Her printed in 1855. The issue was to mark the green, as well as its analogues.

But by mistake a series painted in yellow color. In 1996, the Swedish brand or yellow "Yellow treskilling" was bought for $ 2.3 million. 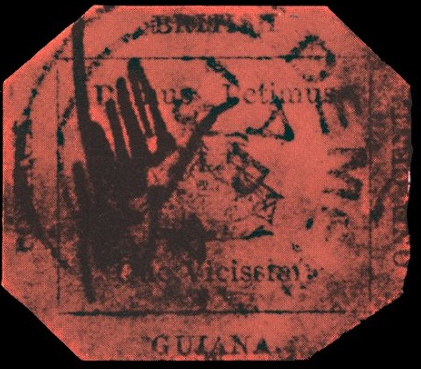 This is the most expensive stamp in the world and is quite rare. It is printed on low-quality purple paper with black ink.

The rarest stamp in the United States. They are the world's only two things. In 1988, Benjamin Franklin Z Grill, denominations only one center in the US sold for a record sum - $ 1.5 million.

Original and expensive brands meet with the Russian Empire. For example, Tiflis stamp. Her printed in 1857.

To date, only three copies survived - they all belonged to the jeweler Faberge and philatelist. Now they are in private collections and even not so easy to look at them.

This brand is not released for the same reason as the previous one. However, though the visit was planned, but never took place. At the auction, a brand bought for 28.75 million dollars. 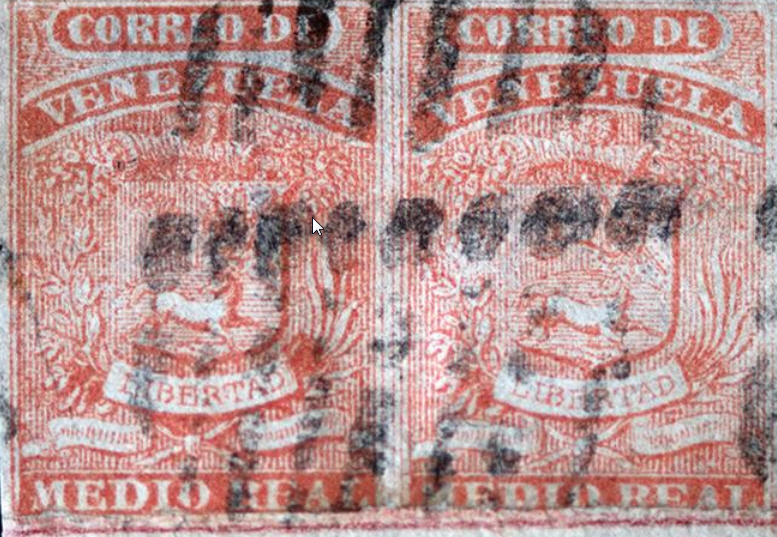 "Red Venezuela" is considered to be even more rare stamps than the famous "Blue Mauritius". In the world you can find only 4 of them. Stamps of the "Re Venezuela" series, released in Venezuela in 1861, had an orange color. More interesting facts about stamps "Red Venezuela" ...