Interesting facts about English:  English is native language for over 400 million of people and more then 1 billon people use it as a second language. However, the English language is only third largest in the world after Chinese and Spanish language. 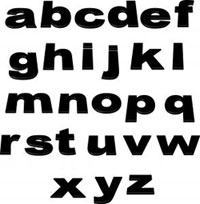 History: In the 5th century AD, three Germanic tribes arrived to Britain, and this was the beginning  of the English language. These tribes – the Angles, the Jutes and the Saxons – arrived from what today is northern Germany and Denmark.

At old time, people in Britain spoke only Celtic. But they (Celtic speakers) were pushed north and west by the invaders, mainly into land what now is called Ireland, Scotland and Wales. From Engla land came the Angles and their language was called Englisc, which is where words "England" and "English" came from. 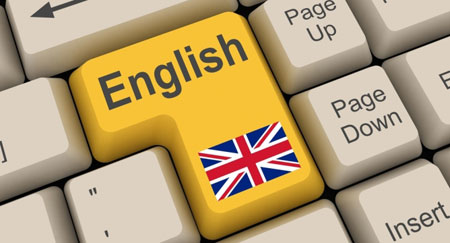 The longest word in the English language is: ‘pneumonoultramicroscopicsilicovolcanoconiosis’- (According to the Oxford English Dictionary).

In the English language there is no word that rhymes with month, orange, silver or purple.

In chess The word "Checkmate"  comes from the Persian phrase "Shah Mat"  which means "the king is helpless".

There are more  English words begin with the letter "s" than with any other letter.

‘I am.’ is The shortest complete sentence in the English language

This sentence has every letter of the English  alphabet in it: ‘The quick brown fox jumps over the lazy dog.’

There was no punctuation in the English language until the 15th century!

the oldest word in the English language is ‘Town’

To “testify” was based on men in the Roman court swearing to a statement made by swearing on their testicles.

The word ‘four’ is the only number which has the same number of letters as its value.

The dot over the letter 'i' is called a tittle.

While you are reading this, 700 million people around the world is learning English.

Go back from Interesting facts about English to Homepage.

Have A Great Story About This Topic?