Are you looking for fun facts about giraffes? The scientific name of a giraffe - camelopardalis. It came from the Latin cameleopard (camel + leopard). This name was given by ancient Romans, because the animals remind them great camel with leopard spots.

iNTERESTNIG AND FUN FACTS ABOUT GIRAFFES 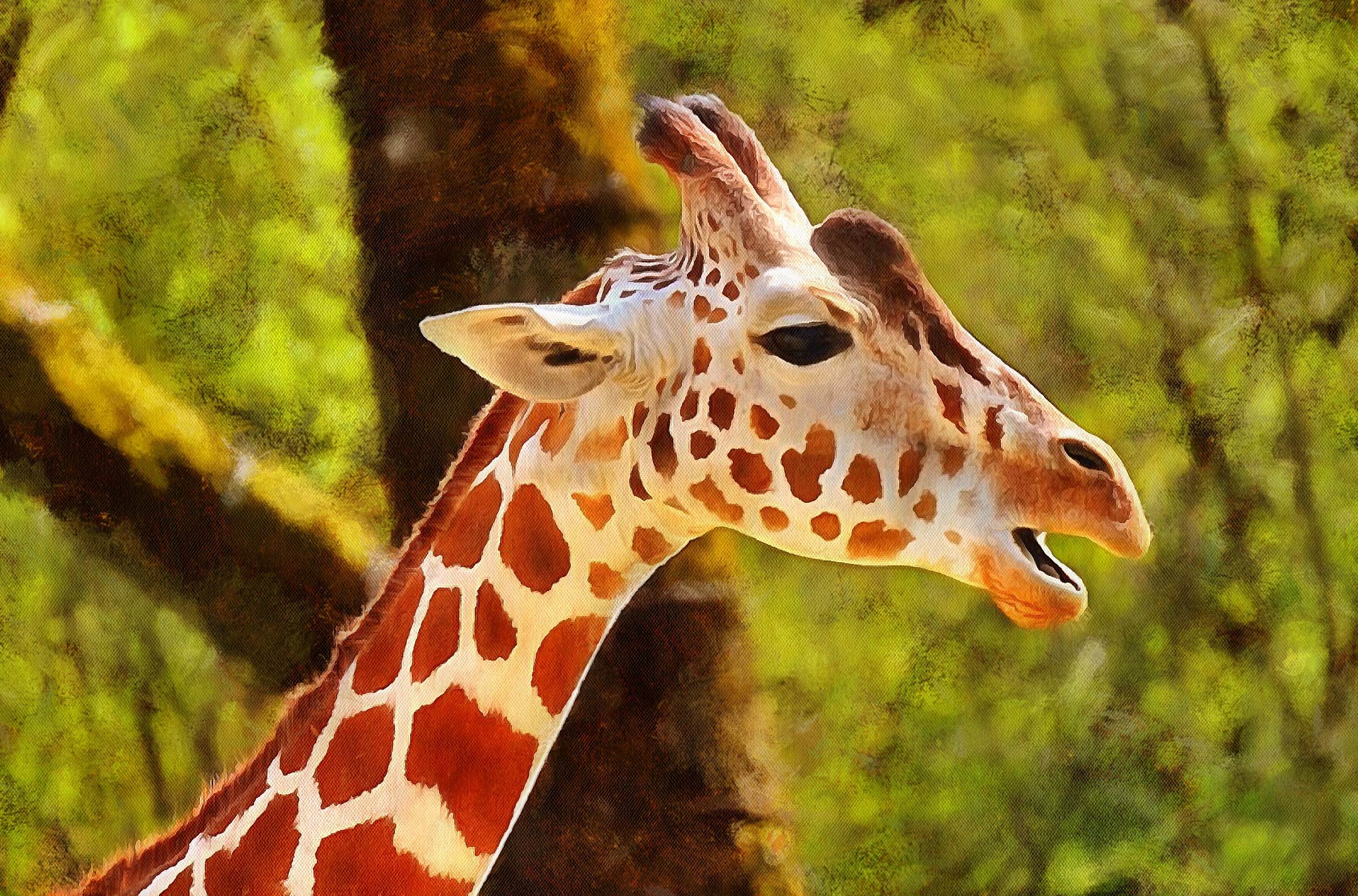 Giraffes - the only animals that can not yawn. Almost all warm-blooded and cold-blooded periodically open their mouths in an attempt to get enough oxygen - it is done by birds, fish and mammals.

Did you know that the average person yawns for their lives about 250 thousand times. But the giraffe is not. Giraffes never yawn for  lifetime. At the very least, for all of the giraffes on record scientist failed to catch them.

Giraffe - the tallest animal in the world. Adult giraffe weighs 1.2 tonnes, average female twice easier. Moreover, 250 kg of this weight falls on his neck and 10 kg - on his heart. Big Heart of giraffe beats 170 times per minute.

Age of giraffe can be determined by the color of the spots on the skin - they are darker than, the older individual.

Bedtime of giraffe - no more than 10 minutes at a time, and as standing giraffes spend almost all their lives, they also sleep standing up. The total duration of sleep per night giraffes rarely exceeds 60 minutes.

Mothers of young giraffes often organize a kind of kindergarten, one adult female is looking for the calves, and all the other friendly crowd go get food.

Despite the fact that most of the time giraffes do not emit sounds. Their young can moo and they sometimes snore, groan, hiss and make sounds like a flute.

Spots on the skin of a giraffe unique as human fingerprints.

Tongue of giraffe is black and has a length of about 45 cm. In addition to an outstanding neck and tongue, giraffes overtake all other mammals along the length of the tail - it can reach a length of 2.5 meters.

The only predators who dare to hunt giraffes - Lions. However, the giraffes have a great weapon that they use to protect their offspring - the hoof.

From 16 to 20 hours a day giraffes devote to this exciting venture, nutrition. Thus, they consume great amounts of food. Adult specimens of giraffe was enough to six kilograms of food a day.

Males and females eat the leaves from different parts of the tree to avoid the struggle for food. Herds of giraffes do not have a clear organization and hierarchy. Herds can contain animals of both sexes and all ages. The herd is open for other giraffes from outside.

Giraffes have a relative - an animal called the okapi. He has a much shorter neck, it is found in the forests of the Congo and it is independent (not gregarious animal). 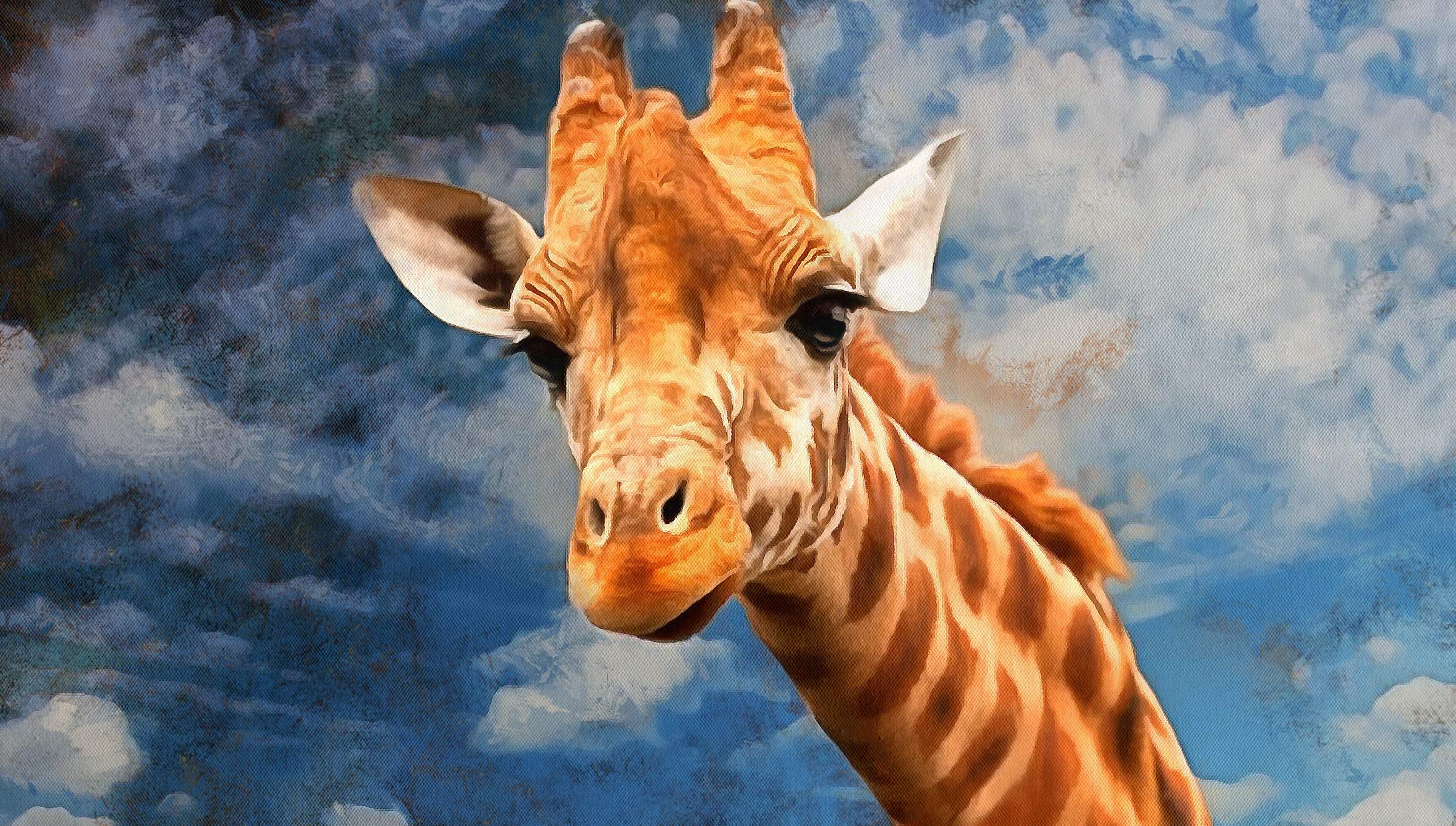 Step of giraffe is more than 4 meters. When he quietly moves, you have to run to keep up. Giraffe - one of the few animals that uses mainly the front legs while running. Giraffe can run at speeds up to 50 km / h.

Neck wrestling. Giraffes males often find out who among them is stronger with the help of arm wrestling: should win, as usual, the strongest. Giraffes fighting, using the strongest part of my body: the neck.

If you try to scare of giraffe, he physically can not behave like an ostrich. Despite the enormous length of his neck of giraffe really is too short and can not reach the ground. To pick something up from the floor, they have to kneel or widely set forelegs. 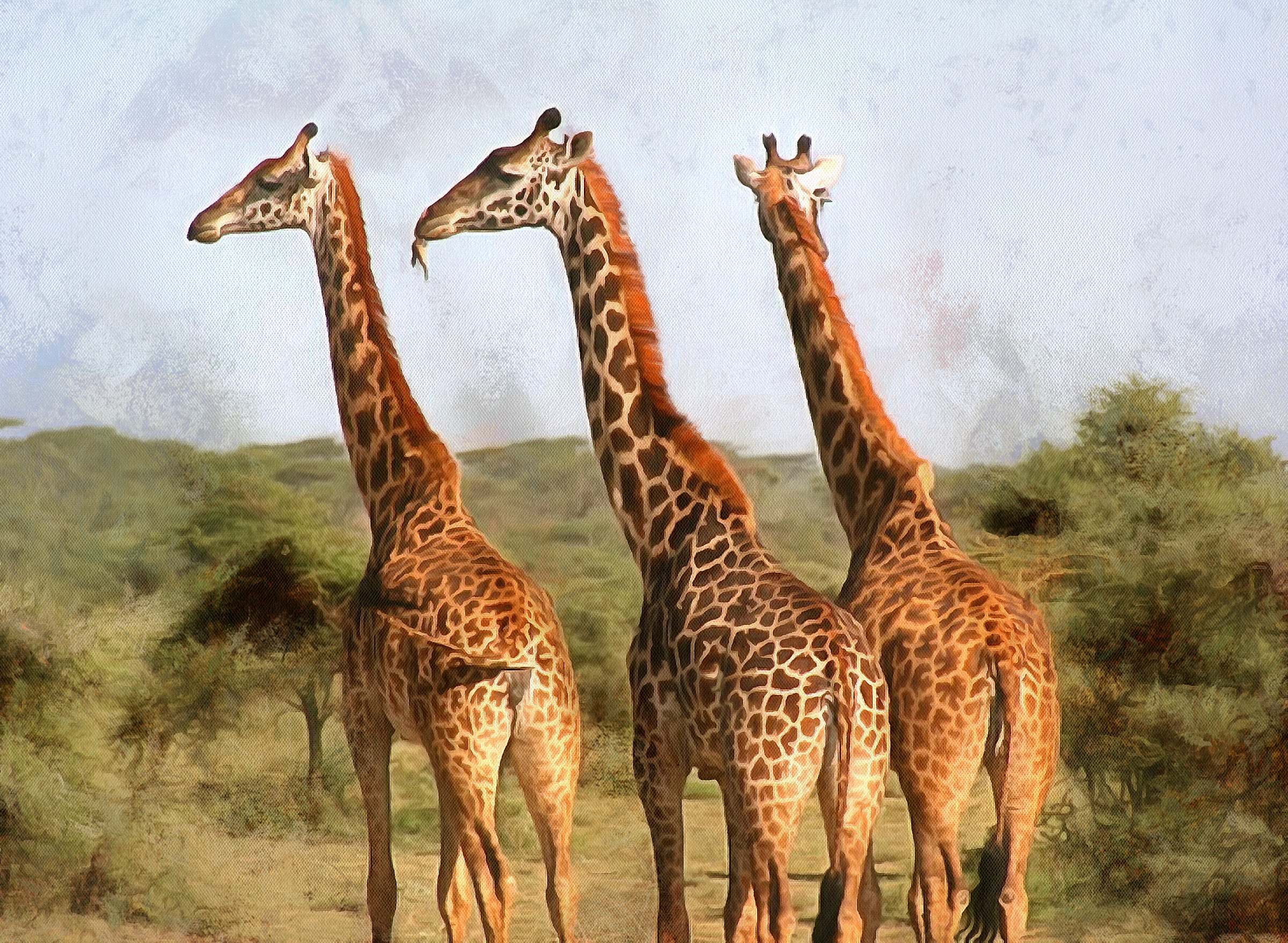