Here you can find some Christmas Fun Facts. The first Christians never celebrated the Nativity of Christ and celebrated only Easter. Then the Christian communities began to celebrate Christmas together with the Epiphany - January 6. This tradition is still followed by the Armenian Church. Only in 354 the Christian church officially established the celebration of the Nativity of Christ on December 25 (January 7 in the Julian style). 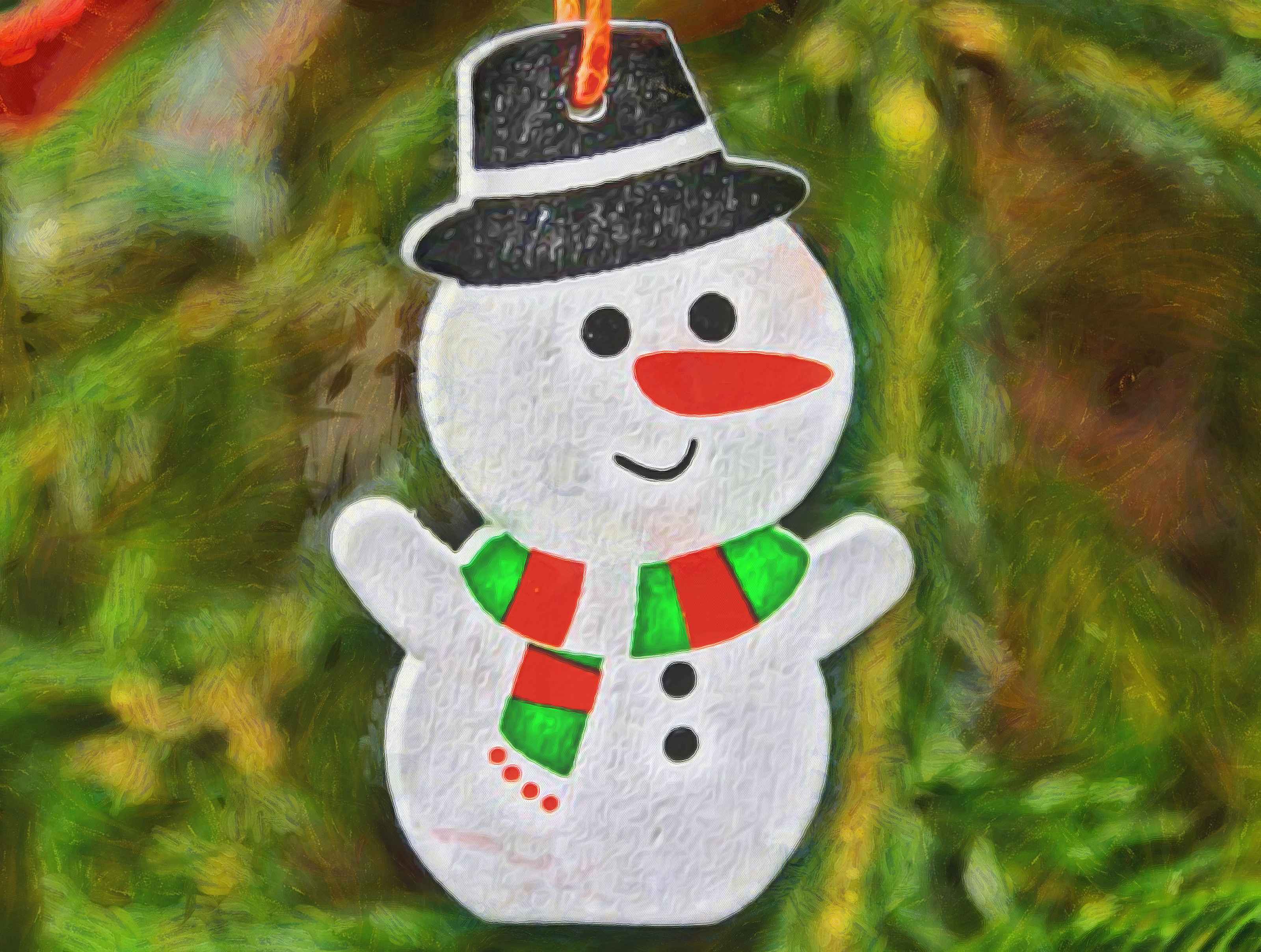 The date of Christ's birth is not mentioned in the Gospel texts. December 25 as Christmas Day for the first time appears in the annals of the Greek Christian writer Sextus Julia Afrikan in 221. This date coincided with the pagan celebrations of the winter solstice.

25th December was not chosen by chance. It was on this day that the peoples of Europe, who did not yet know Christianity, celebrated the Day of the Sun. The wise church decided not to violate the old traditions, but to make sure that the holiday propagated by her "accidentally" coincided with the already known. Several centuries later, few people remembered about the Day of the Sun, but Christmas celebrated everything.

Orthodox Christians and Catholics Christmas is considered in the hierarchy the second great holiday after the Resurrection of the Lord.

The holiday of Christmas has five days of pre-holiday (from December 20 to December 24) and six days of post-holiday and ends with the feast of the Circumcision of the Lord. This day coincides with the Orthodox for the New Year on the Julian calendar.

The Magi from the East presented the God-grantor with three gifts: gold, frankincense and myrrh. Gold indicated that Jesus was destined to become King. The incense symbolized the gift of the Great Bishop), and myrrh spoke of the imminent death on the cross. This is the evangelical story of the gifts of the Magi in our time, the tradition of giving Christmas gifts. 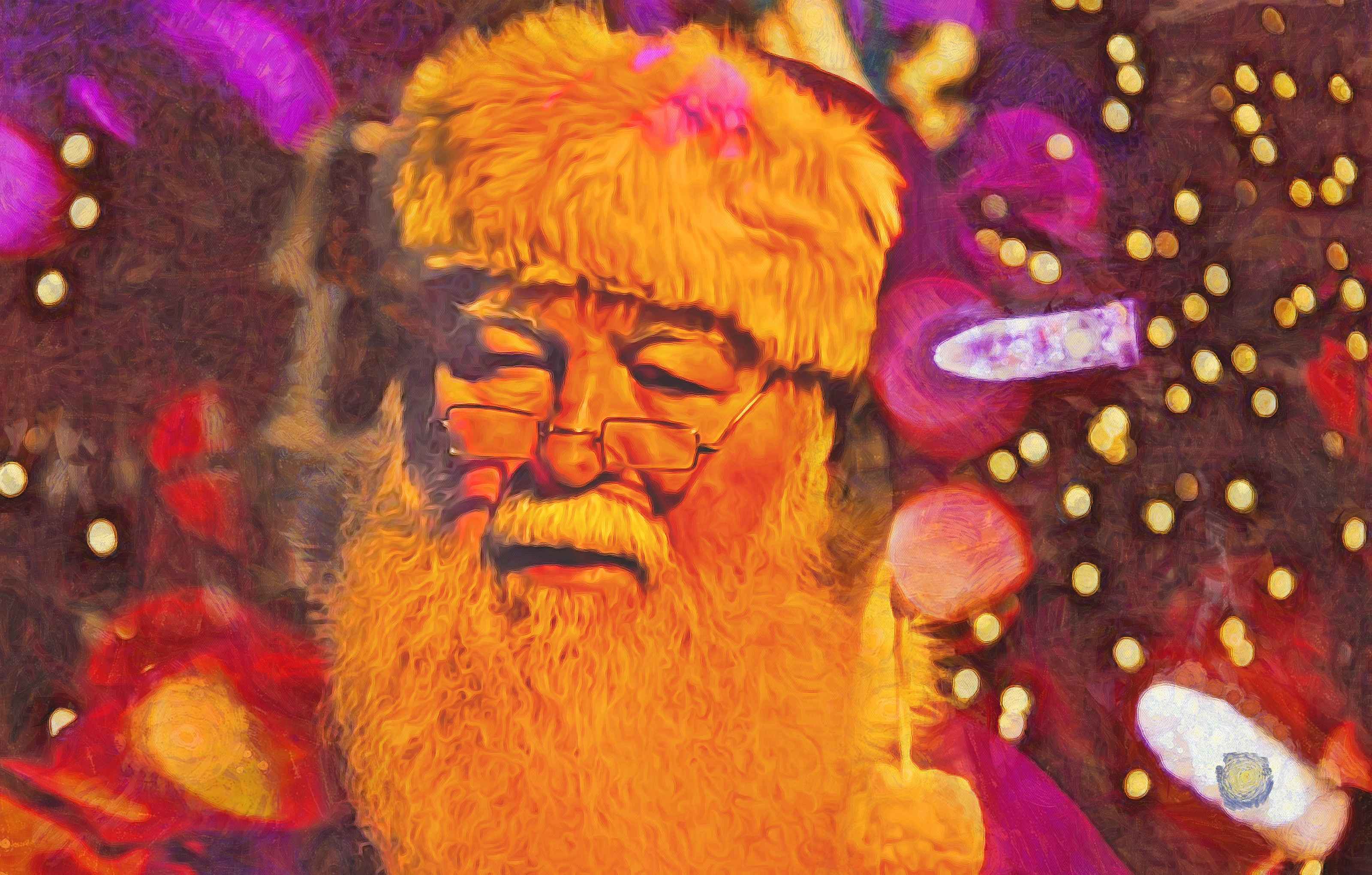 The very first Christmas gifts were made to each other by the ancient Romans. At the dawn of early Christianity, those who professed the new faith exchanged boxes with small but pleasant trifles inside. And believers told good friends to their friends and relatives who were much appreciated more than a material gift. As, however, and now.

Christmas candles are also directly related to pagan beliefs, because with the help of fire our ancestors drove away the evil spirits of winter. In the Christian era, the candle acquired a special significance: they symbolized the path that each of us chooses in life itself, as well as the victory of light forces over the dark. 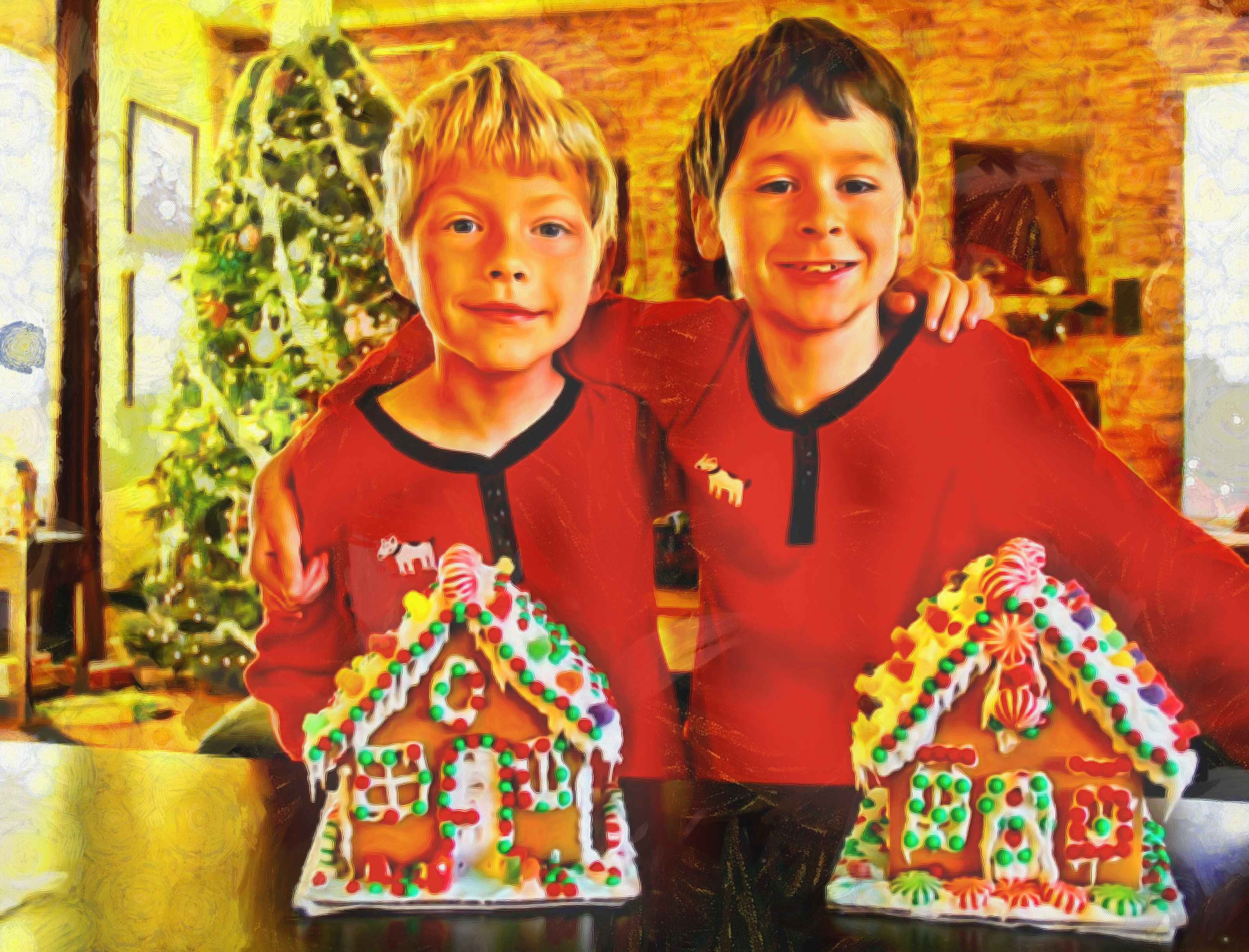 The child of Jesus is usually portrayed according to well-established canons: in the manger, next to the growing trees and peacefully walking lambs nearby. But in the Bible such exact images are not given. In fact, they were "invented" by one of the zealous propagandists of Christianity - St. Francis. It was he who advised us to portray the newborn Savior in this way.

In the history of some countries there were periods when it was strictly forbidden to celebrate Christmas. For example, in 1644 in England, this holiday was suddenly declared pagan and wicked. And at the state level: the law on the ban on Christmas even adopted a local parliament. This was done under the pressure of the Puritans, who demanded the simplification of some and complete destruction of other church rites.  A similar thought occurred to the municipal men of Boston: in this American city the veto for the holiday was imposed for more than 20 years. Christmas was restored in rights only with the beginning of the Restoration, during the reign of Charles II (1660 - 1685). 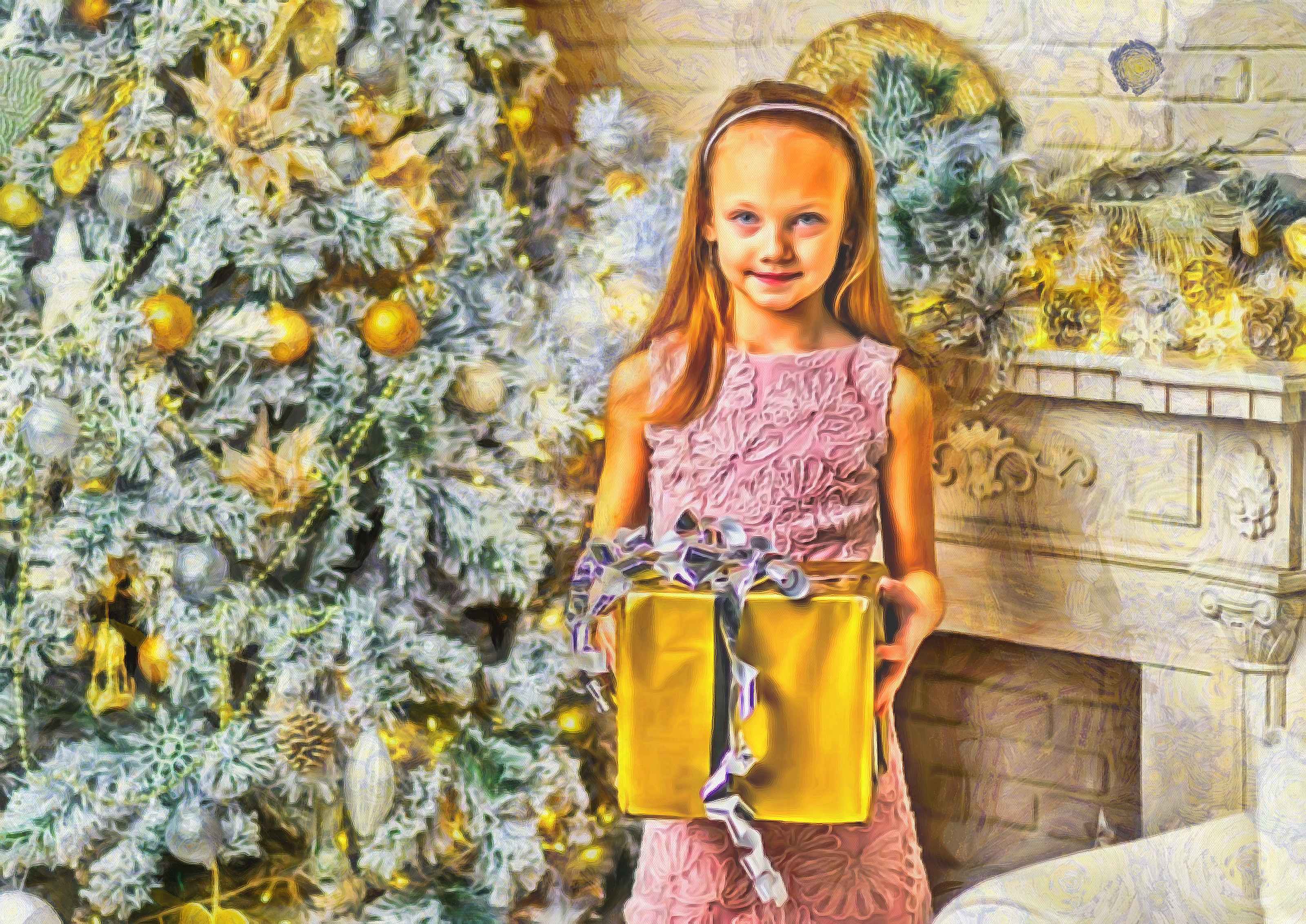 The first Christmas (New Year) cracker exploided back in 1847. And invented this noisy and cheerful attribute of someone Tom Smith, who sold sweets. And as a filling, a surprise, along with finely chopped confetti, put small candies in each tube. The Christmas cracker-record holder reached a length of 36.65 m. And it was made in London by Christmas 1989.

The largest Christmas pudding (weighing 1390 kg) was cooked in Kensington (Victoria, Australia) in 1987. 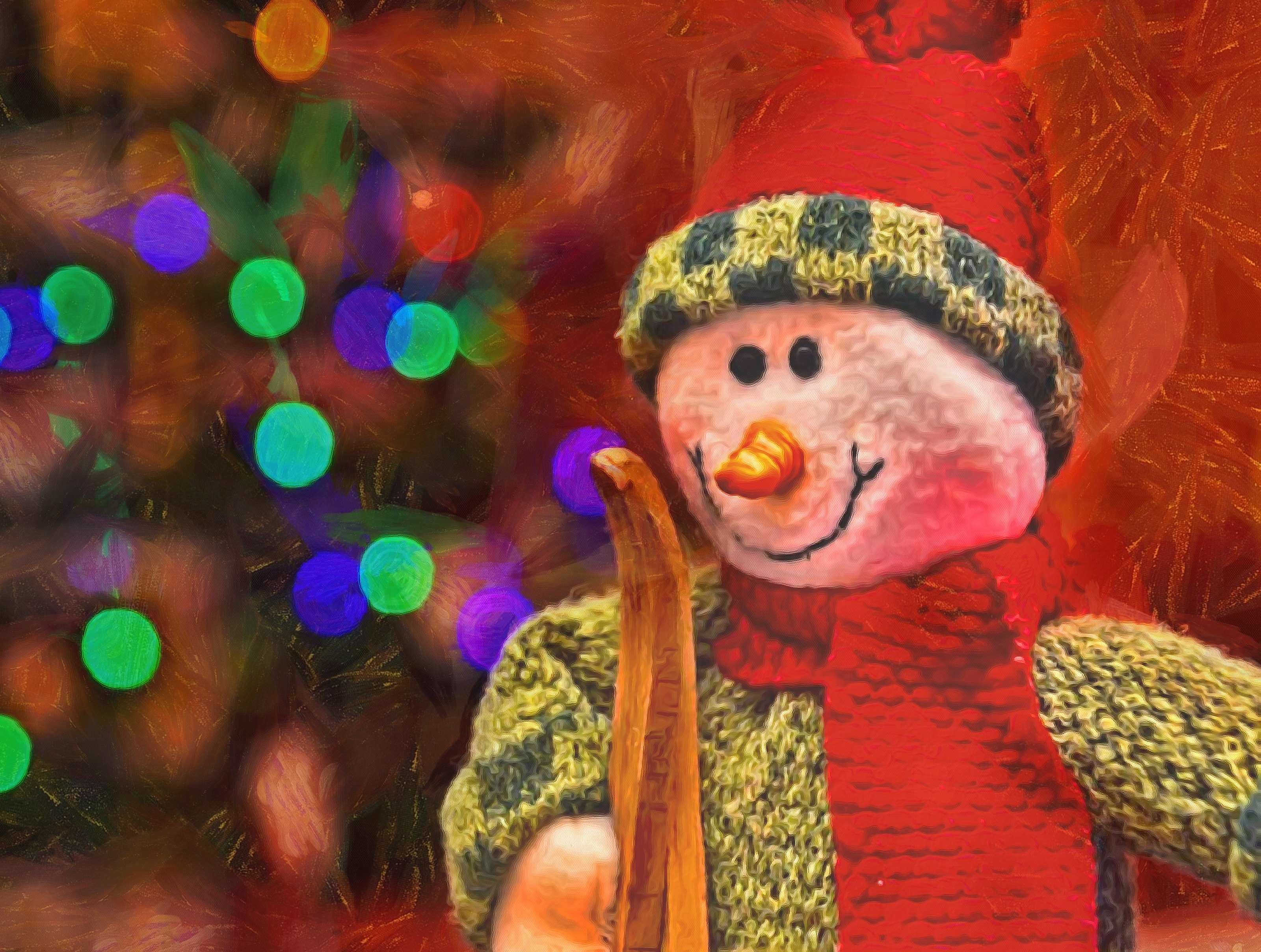 In world history, an episode is known when a real miracle happened on the holiday: for a short time, Christmas managed to stop the war. During World War I, the soldiers of the German and British armies lay down their arms for a while, left the trenches without fear of someone's villainous bullet, embraced, praised Christ and gave each other gifts.

Known today for every American child, Rudolph the deer has never been a faithful assistant to Santa. This image was created by advertisers in the 30s of the 20th century, and he liked it so much that it became traditional.

It is believed that Martin Luther was the first advised to make a Christmas tree is the spruce. But today this fact is more taken on faith, since it is not documented anywhere. But some historians agree that the first Christmas trees were still in the homes of ancient Romans, until then and did not know about Christianity. Anyway, by the 15th century of our era green beauties were already in every house - both the poor and the rich.

Decorating Christmas tree was really popular German tradition in the XVI century. Over time, this custom migrated to other countries. It is no accident that Charles Dickens somehow called it "German fun".

The Christmas tree in one of the parks of a small American town of St. Claus (Indiana) is decorated with Christmas tree decorations all year round. Local residents are convinced that it is their town - the birthplace of the legendary Santa Claus. Everyone who hanging their decorations on the tree, it promises happiness - at least until the next Christmas and New Year holidays. 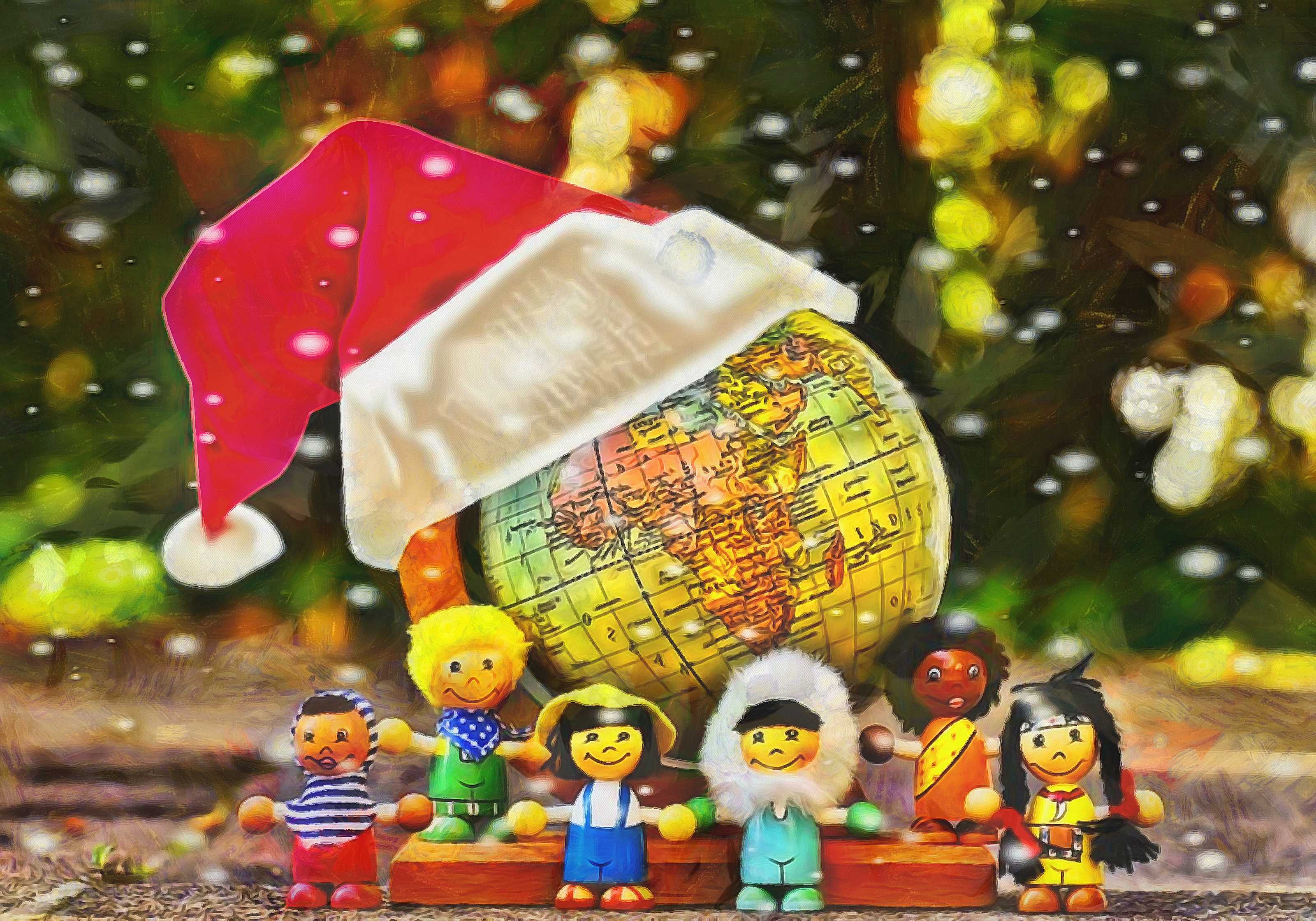 The most massive Christmas festival was organized in December 1979 by Boeing. Then on two performances in the hall "Kingdom" (Seattle, Washington) 103,103 people visited.

The song "White Christmas" by Irving Berlin (incidentally, a native of the city of Tyumen), recorded by Bing Crosby on May 29, 1942, and to this day remains the No. 1 best-seller among the forty-plate records. By Christmas 1987, in North America alone, more than 170 million copies had been sold. The song serves as a kind of anthem for the main holiday of winter, as George Gershwin's Summertime is one of the main songs of summer and summer vacations. 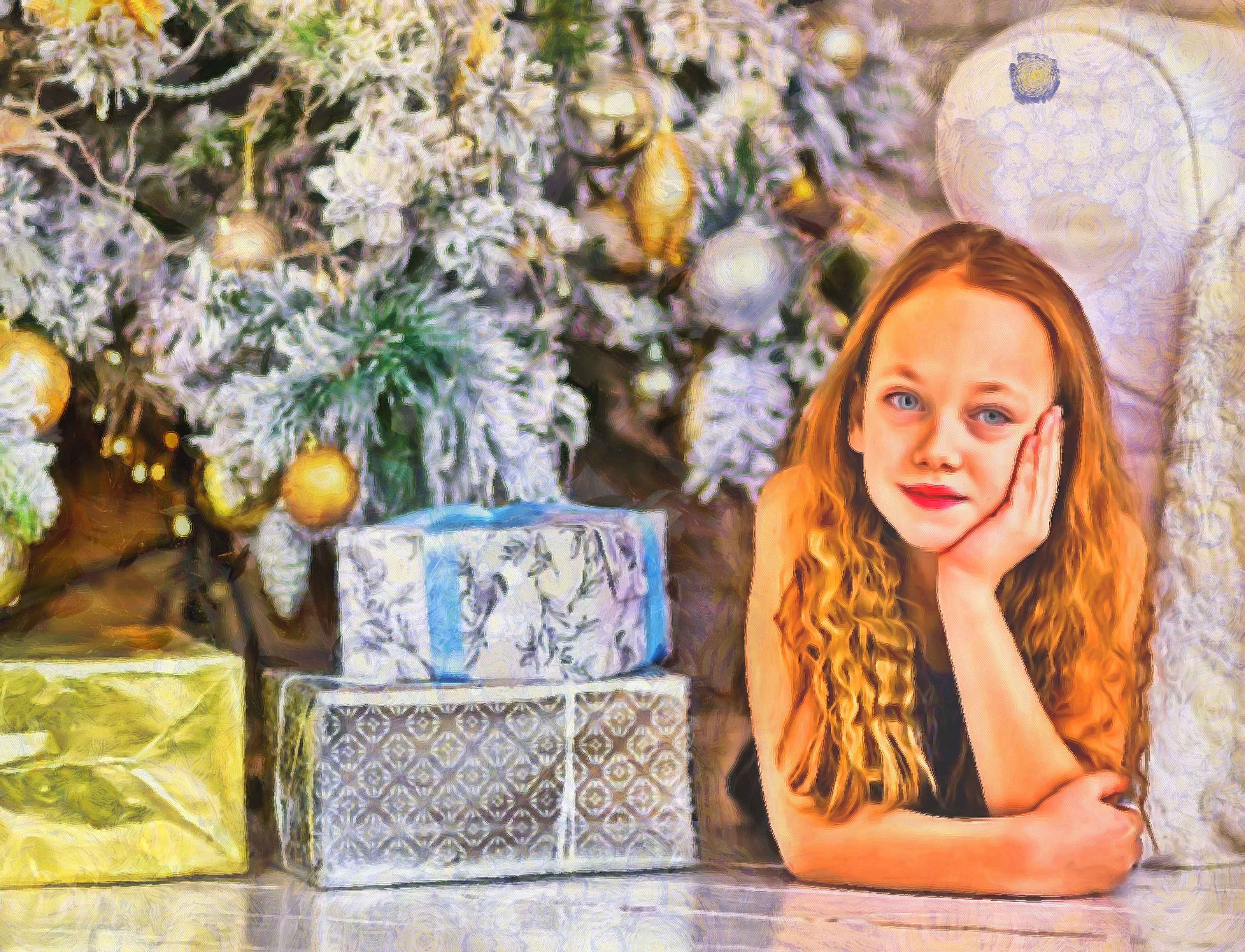 Another interesting fact about Christmas: in 1843, Sir Henry Cole sent the first ever Christmas card. Sketch for her painted a friend of Cole artist John Gersley. A total of one thousand copies were printed. But since there were no thousands of recipients from Cole and Gersley, the surplus was sold. Initially, the novelty was met very coolly. A real boom for such postcards began only twenty years later.

According to folk signs, deep snow on Christmas - to a plentiful harvest of bread. If on this day it's warm, wait for the cold spring. 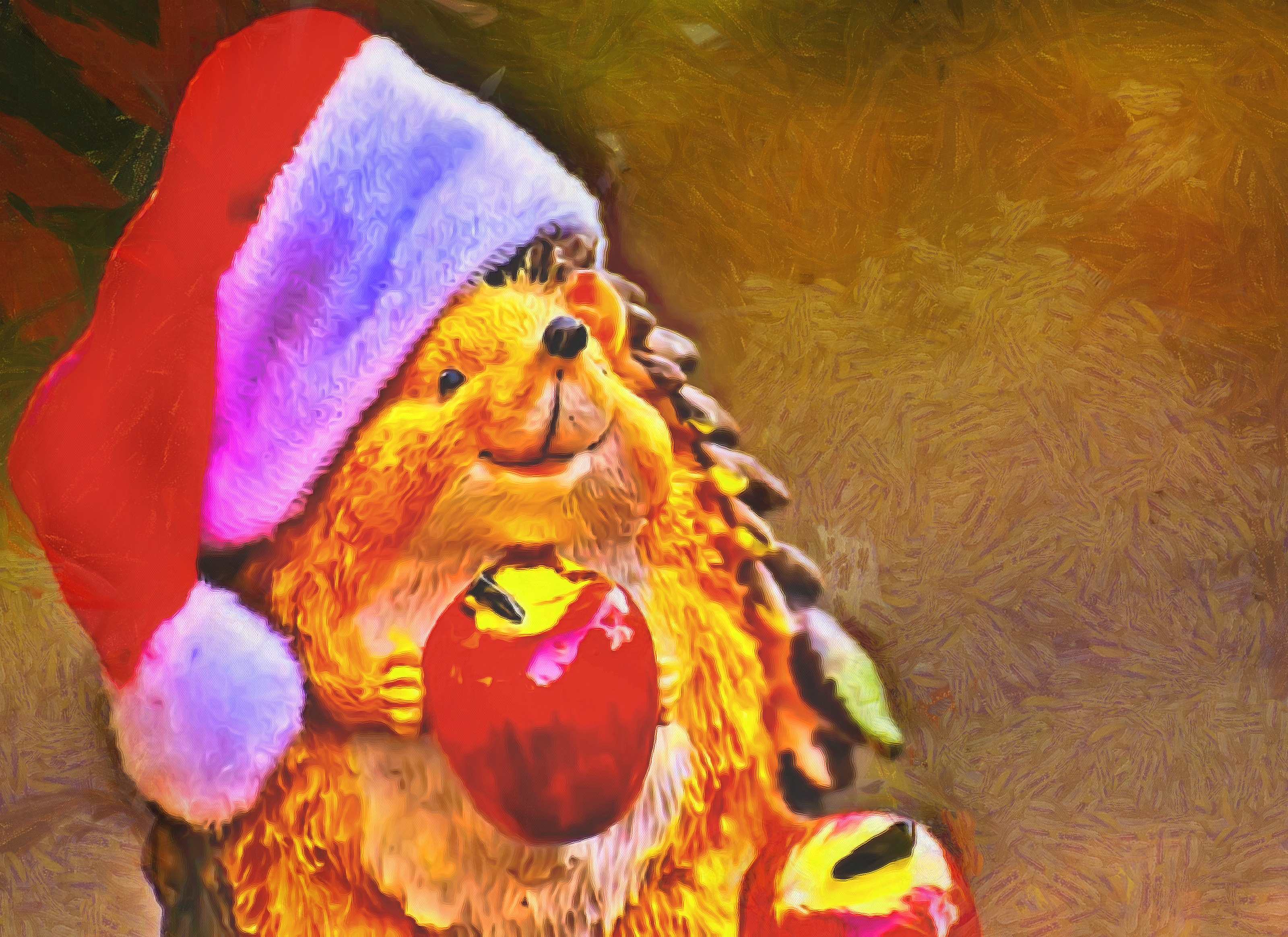 In 1955, a store from the American city of Colorado Springs placed an ad before Christmas, inviting children to call Santa Claus. However, the phone number was indicated with an error, and the calls began to arrive at the air defense command center, whose specialists did not hang up, but began to tell the children the coordinates of the place where Santa is flying at the moment. Since then, the military has made the reception of calls from children an annual tradition called "NORAD Tracks Santa", which helps to support many volunteers. Nowadays, from December 1 of each year you can receive the Santa Claus coordinates in real time on the official website of the program. 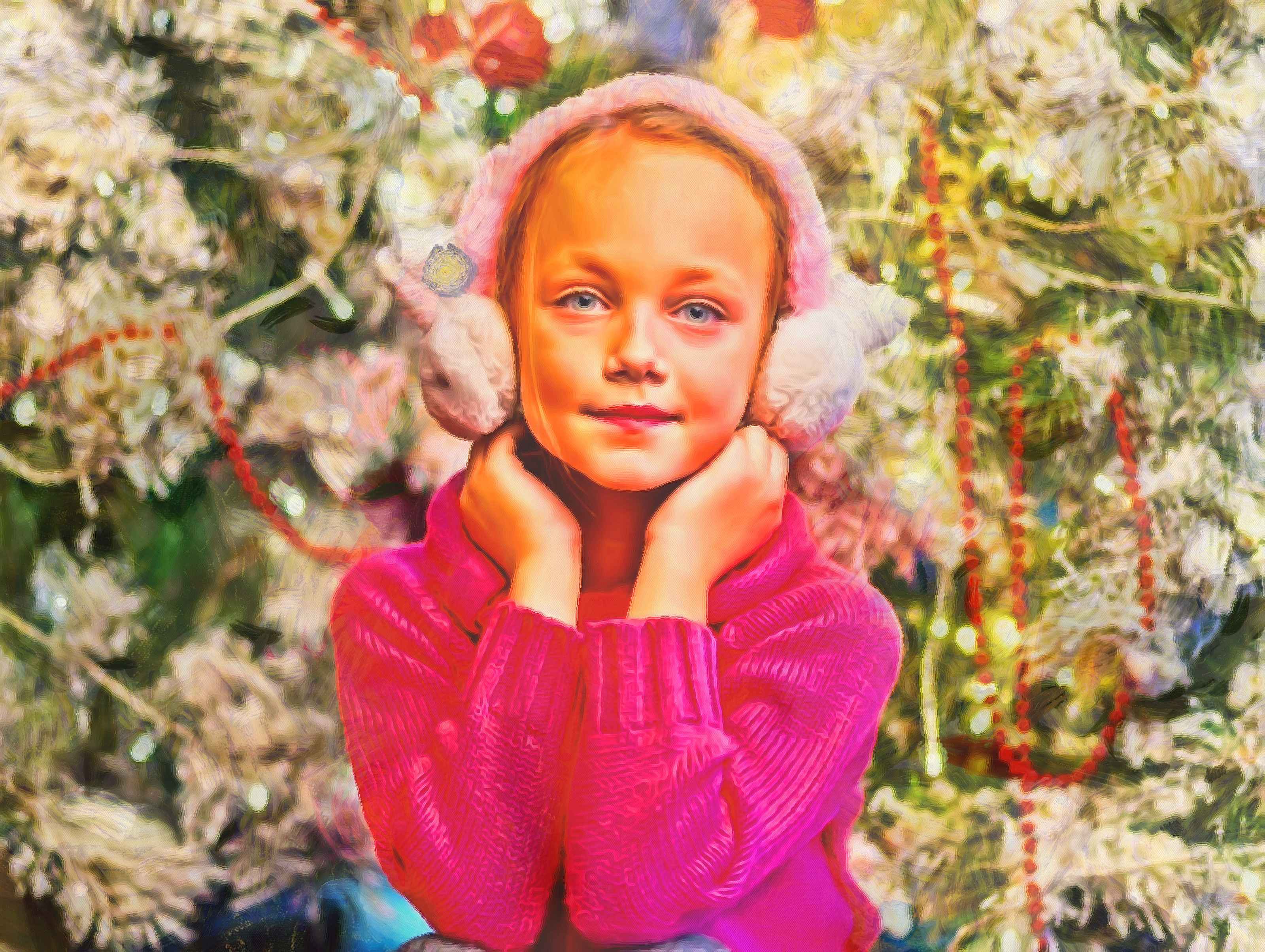 Among the inhabitants of some Peruvian cities and villages of Indian origin, a tradition called "takanakuy" is popular. On Christmas Day, December 25, the celebrants wear solemn outfits and gather in large groups for fisticuffs. With their help, it is supposed to solve all the conflicts that have accumulated during the year, and the participants, both men and women, can call on the battle and their relatives and neighbors. The rules prescribe only to wrap the hands with cloth, do not bite, do not snatch the opponent by the hair and do not beat the recumbent. After that, all participants usually get drunk to muffle the pain and complete the celebration. 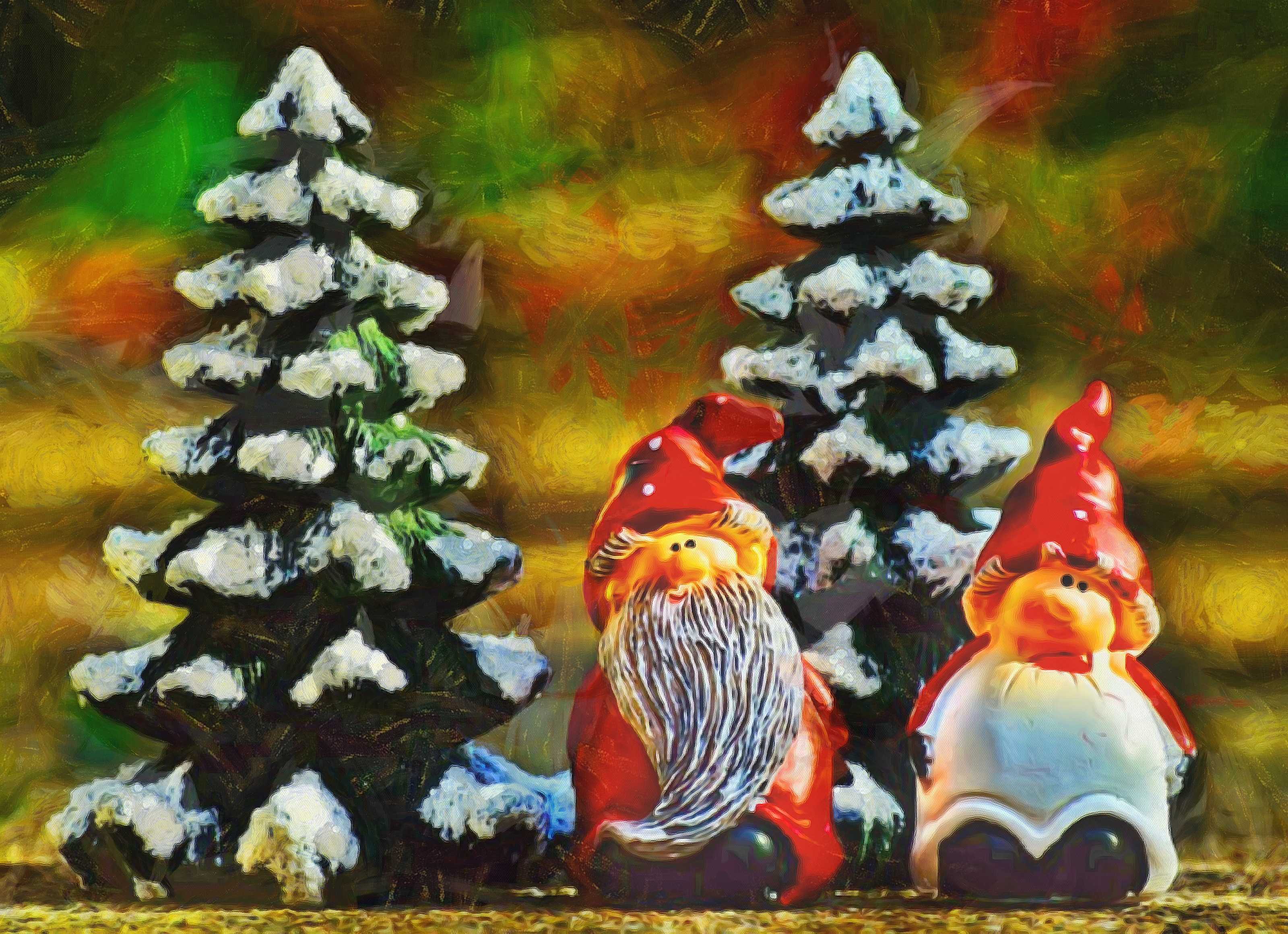 One of the Christmas traditions of the Catalans is the production of so-called kaganers - painted figures of little men who are in great need. One kaganer is necessarily added to the composition of the Christmas nativity scene, the scene of the birth of Christ, and the Catholic Church does not object to this. Figures can represent not only ordinary people, but also celebrities, including presidents and the Pope. It is believed that the people's satire embodies in kaganera the concept of equality of all people regardless of their social status. 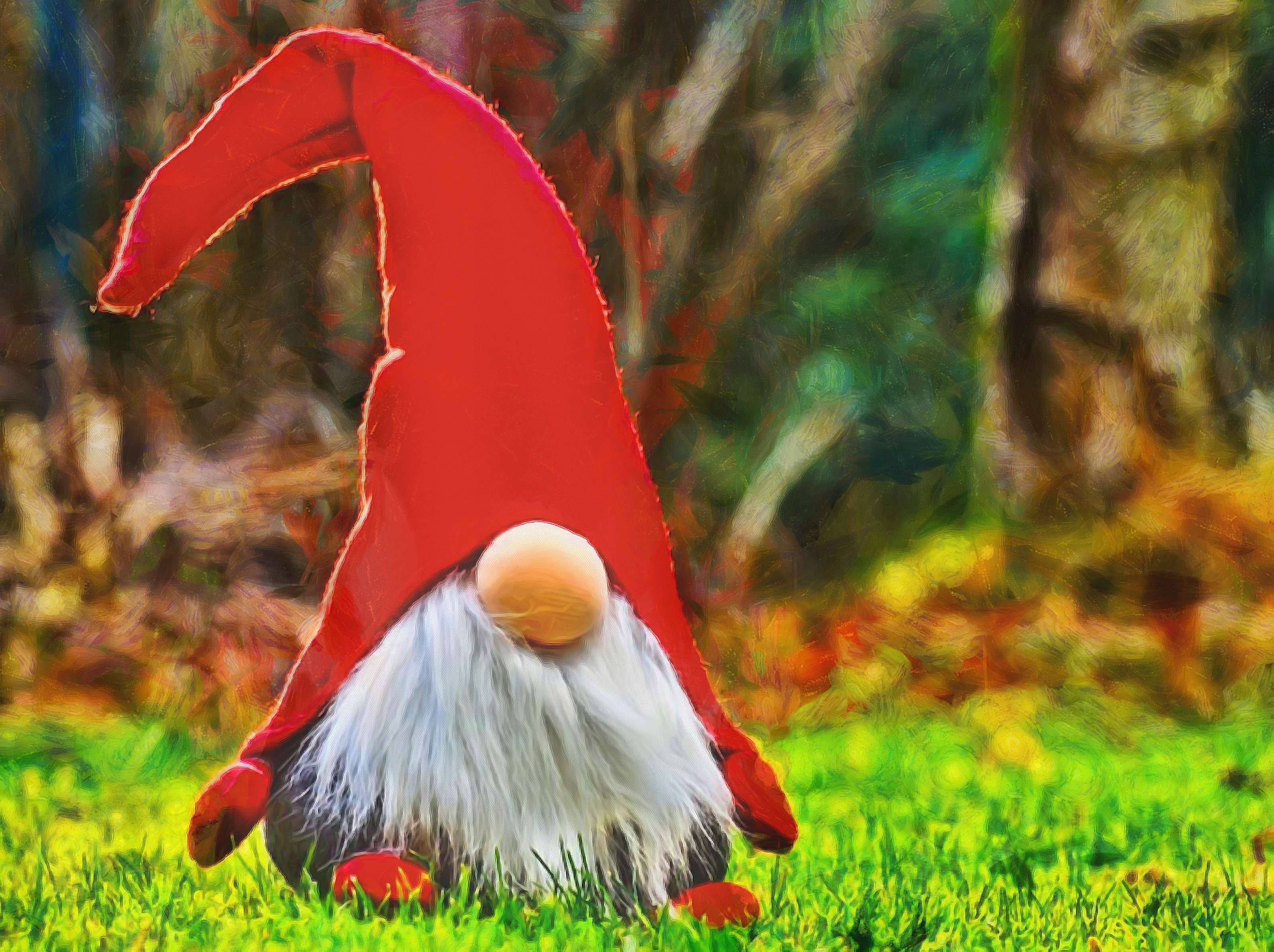 In the Swedish city of Gevle, a huge straw goat is installed every year, an invariable attribute of Christmas in the Scandinavian countries. And almost every year hooligans try to burn or otherwise destroy the figure. Some vandals who have been caught, fined or even subjected to a small arrest, but in most cases attempts by city authorities to resist hooliganism, including hiring security guards and installing web cameras, are useless. Since 1966, only 45% of goats have survived. 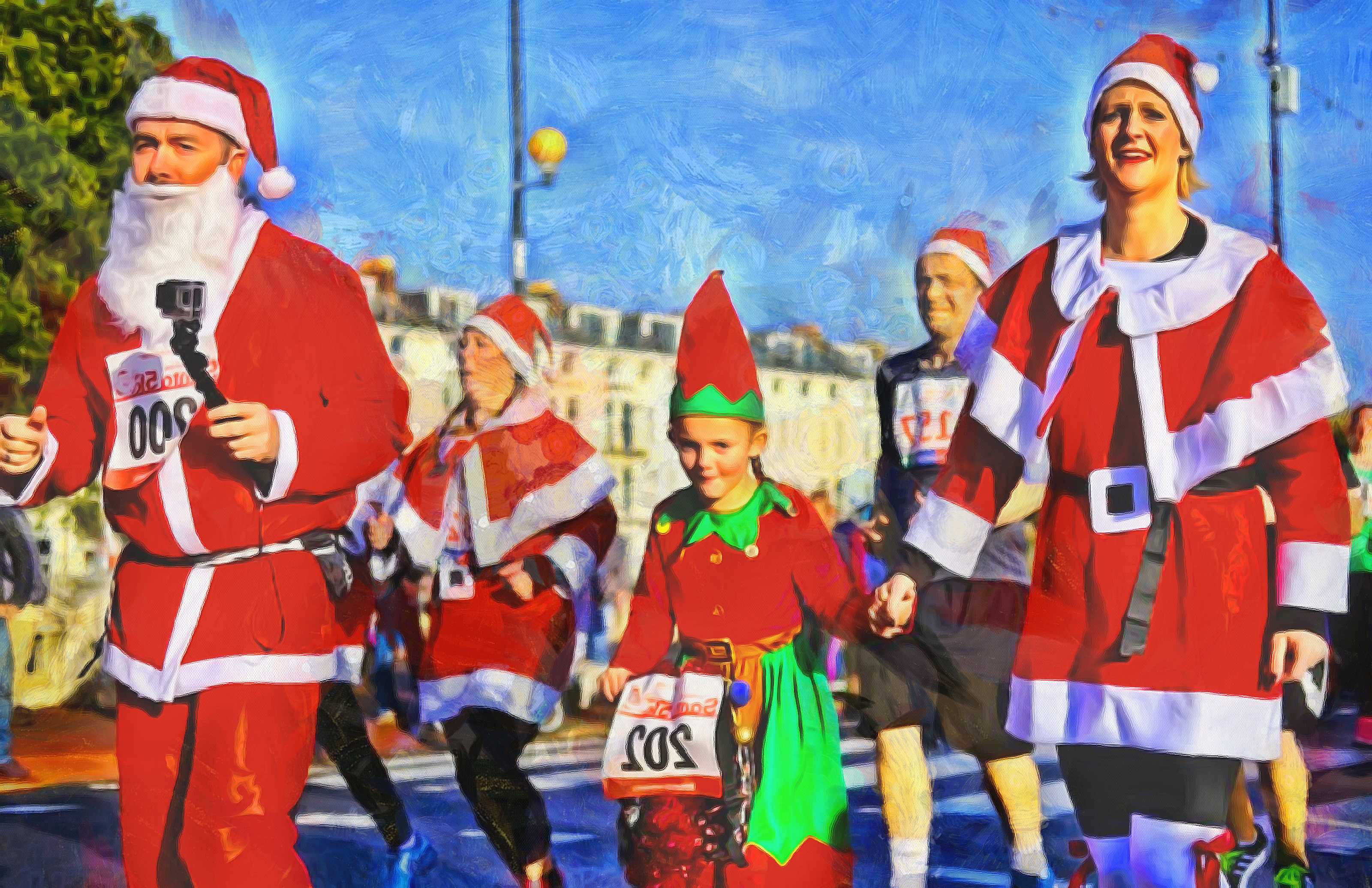 One of the most odious dictators of Africa was Francisco Macias Nguema, who ruled from 1968 to 1979 in Equatorial Guinea. As a result of the terror that was unleashed by him, about a quarter of the country's population was killed. The executions were not always trivial - for example, at Christmas 1975, 150 opponents of Nguema were shot by soldiers dressed in Santa Claus costumes. The background was Mary Hopkin's song "Those Were the Days" for the melody of the Russian romance "Dear Long". 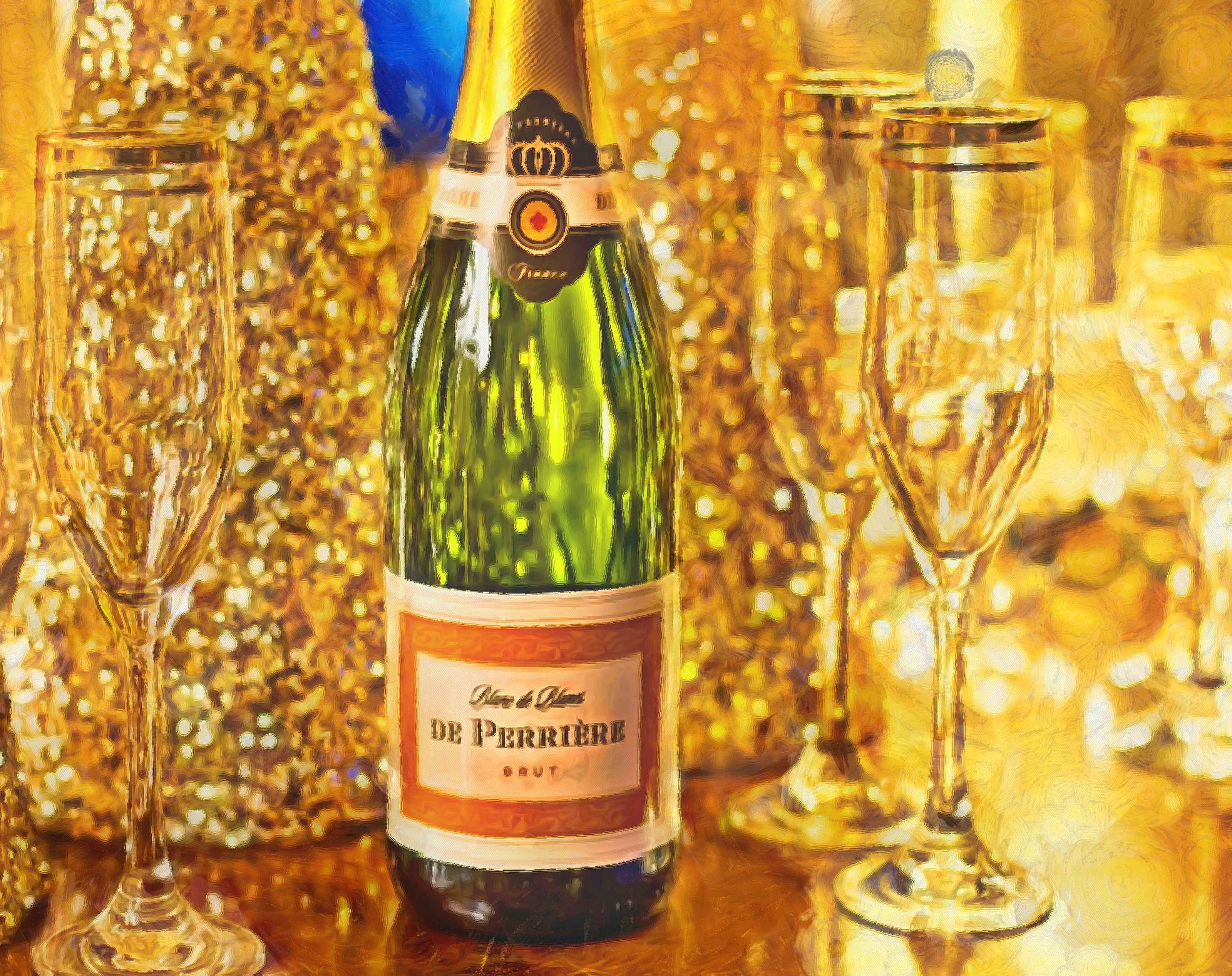 Go back to homepage from Christmas Fun Facts page

you can submit own christmas fun facts